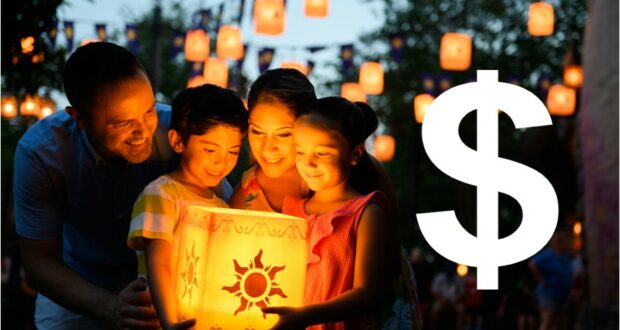 Calling all Walt Disney World current and future Annual Passholders! We previously shared the news that Walt Disney World is introducing a new Annual Pass program at Walt Disney World. While it differs from the new Disneyland “Magic Key” Annual Pass program, east coast Disney fans can still expect four new tiers when Disney World passes go on sale on September 8. We’ve been getting used to changes taking place at Disney – including the reveal of the Disney Genie and the upcharge of the former complimentary FastPass service in the Parks. Not only is the free perk of FastPasses gone, but we’ve slowly seen Disney remove complimentary MagicBands for Disney Resort Guests, as well as Annual Passholders. The complimentary Magical Express Service to and from the airport is also going away. And now, another former “freebie” has been scratched off the list. Disney’s PhotoPass service will no longer be free with the purchase of an Annual Pass.

If you’ve never used Disney’s Photo Pass, it’s a service that includes a professional Disney Photopass Photographer taking a photo of your family and/or friends using special Magic Shots with props, surprise Disney character visits, or just a standard happy Disney photos in front of the Magic Kingdom Cinderella Castle for example. There are select PhotoPass locations spread throughout Walt Disney World theme Park. Once the photo is taken by a photographer or from a ride photo, your Magic Band or PhotoPass Card is scanned and the image is uploaded to your My Disney Experience account. You can buy photos individually or you can purchase Disney Memory Maker which allows you to have all of your photos for one set price. As a Disney Annual Passholder however, this service was included in your Pass, so it was a perk to use regularly for all the great Disney PhotoPass photos.

The official verbiage stated on the Walt Disney World Resort website states: “Disney PhotoPass Downloads: Capture every magical moment with unlimited Disney PhotoPass downloads for just $99 plus tax for the year—or even less when renewing your pass.” Obviously, Disney fans aren’t happy they will need to dish out an extra $100 to take advantage of the occasional Magic Shot and PhotoPass Photos … and took to social media to share their disappointment in another upcharge:

What are your thoughts? Are you willing to pay the extra $99 plus tax to add on the PhotoPass to the Annual Pass cost to capture magical moments on your Disney vacation? We’ve been Annual Passholders for some time now and use PhotoPass regularly for the majority of our Disney photos. We likely won’t be purchasing the PhotoPass pictures add-on going forward. We suppose the good news is that we do still get a free new Passholder magnet as Disney’s way of saying “thank you” for being a Walt Disney World Annual Passholder. Thank you, but personally, we’d rather have the free PhotoPass.