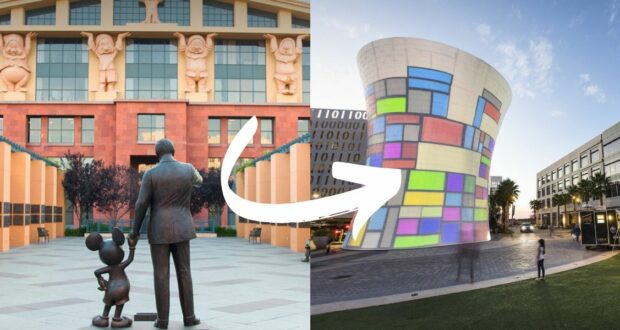 The Walt Disney Company is moving to the Sunshine State! With a recent update, plans for Disney’s Lake Nona campus in Central Florida have been revealed.

Roughly 18 months ago, in July 2021, The Walt Disney Company announced relocating over 2,000 of its California Cast Members to Florida. A town called Lake Nona, located 20 minutes from the magical gates of Walt Disney World Resort, was revealed as Disney’s new regional hub location.

The relocation of The Walt Disney Company was met with controversy among Cast Members and Walt Disney Imagineers that call California home. Additionally, these Cast Members were only given 18 months, according to a letter sent to Cast Members by Josh D’Amaro, Chairman of Disney Parks, Experiences, and Products.

Despite the controversial decision, in September 2021, it was reported that The Walt Disney Company, using Dynamic Campus LLC, purchased nearly 60 acres in southeast Orlando for $46 million for the Lake Nona campus.

But the turmoil between The Walt Disney Company and the State of Florida didn’t stop there. Governor Ron DeSantis signed a bill dissolving Disney’s Reedy Creek Improvement Act in an attempt to remove Walt Disney World Resort’s self-governing status as of June 2023.

With Chapek and DeSantis head to head, The Walt Disney Company revealed in June 2022 that it would be delaying its move to Lake Nona until 2026.

While news of Lake Nona and Disney went quiet for several months, in December 2022, the Disney and Lake Nona discussion was revived. During a conference called “Lake Nona Mastermind: The Future of Lake Nona,” it was announced by Jessi Blakley, Vice President of Tavistock Development Company, plans for Disney’s move to Lake Nona were “imminent” and “things are moving along with Disney very well.”

Fast forward to January 2023… Amidst the chaos and back-and-forth decision-making between The Walt Disney Company, Florida, and California… construction plans are finally moving forward in Lake Nona with a completion date of 2026.

The master plan for the Lake Nona campus was submitted on January 18, 2023, by Tavistock Development Company:

RELATED: Moving to Disney World is the Best Thing We’ve Ever Done

Disney’s budget for the Lake Nona hub is hefty, with almost $900 million to build the campus. The perk, however, for Disney is that it can claim more than $570 million in tax breaks in Florida over 20 years for the massive project.

The Walt Disney Company project has officially begun with the completion of its new Lake Nona campus in 2026. As always, we will continue to keep Disney Dining readers updated as we learn more about Disney’s move to Lake Nona, Florida.