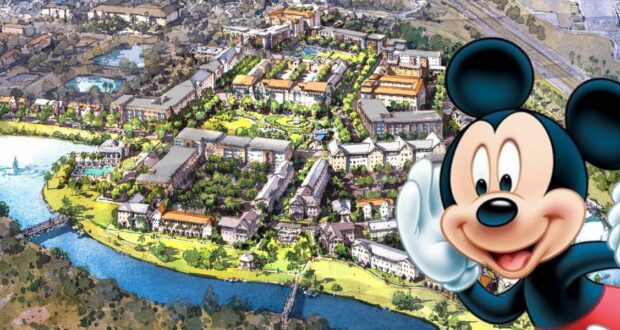 The new details reveal the location, developer, and more about the affordable and attainable housing initiative.

Disney has revealed the 80-acre piece of the Walt Disney World Resort property contributed to the new affordable housing development is actually very close to the theme parks.

The development is set west of State Road 429, just a few miles away from the Magic Kingdom, near schools and shopping, including the popular, newly developed Flamingo Crossings Town Center.

The Michaels Organization has over 425 communities in 35 states, making it the largest private-sector owner of affordable housing in the country.

Michaels CEO John J. O’Donnell, states, “We are excited to work with an iconic brand like Disney to deliver attainable housing for the Central Florida community. Our goal is to create a repeatable model that we hope will inspire other companies and municipalities to create high quality, attainable housing in their own communities.”

The Disney affordable housing development is expected to be privately financed and limited to applicants within a certain income range.

Qualifying applicants will include Cast Members and the Central Florida community that are within the income range. Disney has yet to release what that range or other qualifications may be for its future residents.

Jeff Vahle, President of Walt Disney World Resort, states, “For more than 50 years, Walt Disney World has cared for and invested in our community, and we’re committed to being a part of this solution which will bring more attainable housing to Central Florida. We will continue to find ways to use our resources to make a difference in the community we call home, and we’re excited to take this step with a nationally recognized developer.”

As always, we will be sure to keep Disney Dining readers updated as we learn more about this affordable housing development offered near Walt Disney World Resort.

2022-11-16
Jamie Sylvester
Previous: Disney Parade Performer Killed Alongside Father In Drunk Driving Accident
Next: Five Disney Meals That Should Have Been Park Staples