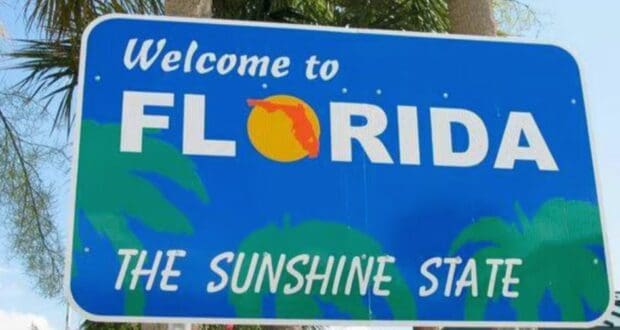 It was the first week in our new house, and we were feeling the same feelings anyone does when they move away from family and friends: stress from the move, self-doubt about whether we made the right decision for our family, fatigue from the physical labor.

We had tucked the kids into bed, and my wife and I were both ready to immediately pass out for some much-needed rest when we heard an unexpected rumble from outside. I opened our bedroom curtains to see the source of the noise and couldn’t believe what I learned.  We could see and hear Magic Kingdom fireworks from our house!  We could officially call ourselves Disney locals.

We had many discussions before making our decision to move, and everyone faces different factors that can’t all be included in one article. But if you are dreaming, thinking about, or planning on moving close to Walt Disney World, let me highlight some benefits you could experience.

Disney World Around the Corner

First, let’s talk about the most obvious benefit; we can go to Walt Disney World anytime we want. We are able to make the most of our annual passes.  While we have been annual pass holders for multiple years, even before we made the move, we definitely get the most value out of annual passes as locals.

There is nothing like having an early day off work, being able to pick up the kids from school, and hitting the parks for a few hours (especially when you get lucky with that super rare last-minute dining reservation at Cinderella’s Royal Table or California Grill).

Another opportunity that you won’t get living anywhere else is that you can be a Cast Member at Disney World! There are several benefits to being a Cast Member, including tickets and special Cast Member events. The coolest perk that I can think of is getting to help create the magic that so many travel so far to experience on a daily basis.

Extra Money in our Pocket

We have saved money in multiple ways by moving to Orlando. Not only do we get to use our passes more, but due to Disney’s Florida Resident discounts, the passes that we were buying are instantly cheaper. We are also able to purchase different tier levels of passes only available to Florida residents.

Disney is currently only offering the Pixie Dust Pass level to new customers, but we have had friends purchase them and have had several great nights in the parks grabbing last-minute park reservations with them. We also save on the cost of transportation and lodging we were previously paying when staying at Disney Resorts or Airbnbs for every trip. I know I may sound like the person who says they “saved” a dollar when they spent $5 on a box of cookies, but for us, these were expenses we were definitely already spending on.

The Central Florida area is growing. With more people being able to telecommute and live and work anywhere, a large number are choosing to live in the Orlando area. The City of Orlando has been working to position itself for lots of investment to attract technology and metaverse-based companies. Even Disney has announced plans to move some corporate offices to the Lake Nona area. All of this growth leads to more employment opportunities across many fields.

Finally, we save in Florida with no state income tax. Having come from a state where we paid income tax, we realized just by moving, that we would be receiving a raise even if we stayed at the same income levels.

Another benefit we have noticed is how often we get to see our friends and family. One of our biggest concerns moving to Florida was that we had no family or friends here. We were moving away from many people that we had spent much of our lives around.

What we have found is that we get so much quality time with our family and friends. Many come down to enjoy a vacation with us either by staying with us or having us meet in the parks during their Disney trip. While we naturally miss the ease of living in the same city as many friends and family members, we get to make great memories together at Walt Disney World when they come into town to visit us or our neighbor Mickey Mouse.

Orlando is also a family-friendly city outside of Walt Disney World property. The abundance of family-focused activities and adventures marketed to millions of visitors every year make it so there is always something new to try with the kids. There are countless places to see and things to do: Universal Studios, SeaWorld, LegoLand, Kennedy Space Center, escape rooms, helicopter rides, museums, animal encounters, water sports, and more. There is also no shortage of areas or suburbs of Orlando that have great schools, including Windermere, Winter Garden, Lake Nona, St Cloud, and others.

We love the weather. My sister told me she doesn’t want to move to Orlando because she likes to see the seasons change. I told her you can see the seasons change; Florida locals know it’s fall when Magic Kingdom puts up the pumpkin decorations! You can enjoy the outdoors comfortably year-round. Some summer days can definitely get hot, but that leads us to the next thing we love about Central Florida . . .

Water is everywhere.  You can boat in one of the area’s many lakes or swim at one of Central Florida’s natural springs. You are never too far for a day trip to the beach. It is less than an hour to a beach from almost any part of Central Florida you may be looking at living in. There are several options for great beaches, including Melbourne, Canaveral, New Smyrna, or Cocoa on the East coast and Clearwater or St Pete on the West coast. There are also numerous waterparks to visit, including Disney’s Typhoon Lagoon and Disney’s Blizzard Beach.

Along with the great weather and access to outdoor activities comes an active and healthy lifestyle atmosphere. RunDisney events are available throughout the year to join in (I trained for and ran my first marathon at Disney World this year).  The Clermont area is home to the National Training Center for track and triathletes. The US Tennis Association National Campus is in Lake Nona. Central Florida is also home to countless amazing golf courses, including four courses on Walt Disney World property, like Disney’s Magnolia Golf Course.

And if you aren’t a golfer, Disney’s Oak Trail Golf Course also offers FootGolf, which is like a combination of soccer and golf. The ESPN Wide World of Sports Complex also hosts several athletic competitions throughout the year and has some recreation leagues and camps available (it was so cool to watch our daughter play her Friday night soccer game there).

We also love the wildlife that lives in Central Florida too. It is not uncommon to have to slow down your car in the neighborhood to allow a resident Sandhill Crane to finish crossing the street. Hiking through parks or out on the water, you will see anything from Bald Eagles and otters to armadillos and alligators.

Overall, we have found Orlando to be a great fit for our family and love that our kids get to grow up making unforgettable memories at Walt Disney World. If you end up deciding to move to Central Florida, maybe we’ll end up meeting at a Disney theme park.

2022-08-24
Daniel
Previous: See Gepetto, Figaro, Jiminy Cricket & more in Disney’s brand-new trailer for the live-action remake of “Pinocchio”
Next: Fans can bring the “boundless realm of the supernatural” into their homes this Halloween with Haunted Mansion inspired decor at Walmart & Lowe’s