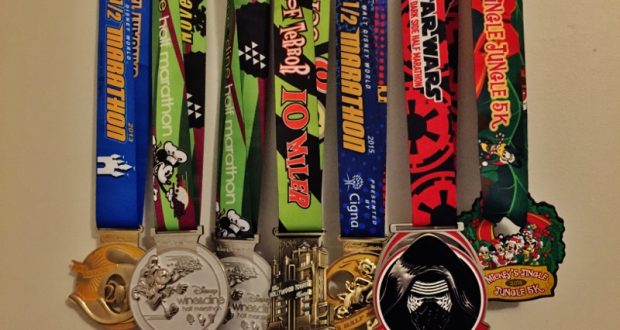 10 Things We Love About RunDisney

Many people will say that after a day at Walt Disney World they feel like they’ve run a marathon. Other people take that a literal step further, and actually do run a marathon while at Disney. RunDisney hosts several events throughout the year at Walt Disney World. Here are ten things that we love about runDisney. For the most part, the information here refers to the events held in Florida.

10) Run Through the Parks

If you sign up for a race at Walt Disney World, you’ll have a chance to see the parks from a different perspective. Most of the races are held early, so you’ll enjoy watching the sunrise as you run towards your goal. The parks that you’ll run through depend on which race you sign up for. You’ll also have plenty of encouragement along the way, including from characters. It’s a setting unlike any other.

The runDisney website, rundisney.com, is extremely helpful. Not only is there information on the various races and a place to sign up, you’ll find running tips to help you get into shape for the race. There are also running programs, designed by Jeff Galloway. He’s a former Olympian and world record holder, and he has coached literally hundreds of thousands of potential runners.

There is a way to participate in the runDisney races without signing up to run yourself. Thousands of volunteer hours are clocked with each race. There are incentives to volunteer, including volunteer apparel and the chance to earn free Walt Disney World tickets. The link to volunteer is found at the bottom of the runDisney website. Volunteering is a great way to see what runDisney is all about, and to be able to cheer on the competitors.

You don’t have to be ready to run 26.2 miles in order to sign up for a runDisney event. There are other lengths as well. You could instead sign up for a 5K (3.1 miles), 10K (6.2 miles), or half marathon (13.1 miles). You also don’t have to run the whole thing. Plenty of people start running and finish up walking, or rotate back and forth between the two. If you walk, you will need to keep up a fast pace. The races need to be over before the parks open for the day.

RunDisney has events for any age. Your kids aren’t too young to sign up, in fact they’re encouraged to get involved. There’s the Diaper Dash for those under a year, a 100m Dash for ages 1-4, a 200m Dash for kids ages 5-8, and a One Mile Run for all children under the age of 13. Kids fourteen and older can compete in the longer races, and anyone over five can compete in a 5K. The kids’ races are a great way to get your children interested in races at an early age. They’ll also love the fact that they receive a t-shirt, medal, and running bib.

You need something to show the world that you did it, so each runner who finishes a race will receive a finisher medal. These are designed specifically for each race, and they have the flair that you would expect from Disney. You will also receive a shirt for participating. The type of shirt will depend on which race you sign up for. The medal and the shirt are exclusive to each race, so you will be able to show off each accomplishment.

There are different themes for the different races. Participants are encouraged to come out in costume, but remember that you will be wearing that costume for the entire race, so make sure that it is comfortable. You’ll find characters along the way that fit into the theme of the race. For instance, classic characters will be on hand for the Walt Disney World Marathon Weekend events, while the Star Wars Half Marathon – the Dark Side weekend will be strong with the Force. There are also characters at the reunion area at the end of the race, so the non-runners in your family can still join in on the fun.

Can’t make it to Central Florida for one of the races at Walt Disney World? That is no longer an excuse to not participate in a runDisney event. Virtual Running Shorts allow you to pick your 5K (3.1 mile) course and run when it’s convenient for you. There are three summer runs, you can sign up for them individually or as a series. Participants receive a medal for each race.  RunDisney encourages you to bring your dog with you, since Pluto also loves to run.

Part of the fun of a runDisney event takes place before you hit the course. Each race has an Expo where runners will pick up their bibs and shirts. The Expos are jammed packed with vendors who have everything from energy bars to the latest in running shoes. Some offer freebies or giveaways. There is also runDisney merchandise sold at the Expo. The Expo is the perfect way to get everyone in the mood for the race.

While the runDisney races are mostly for fun, there is some serious running involved as well. Each weekend comes with a challenge. If competing in one race doesn’t seem to be enough for you, compete in all of the major races for the weekend. Those who sign up and meet the challenge will receive an extra medal. The Walt Disney World Marathon Weekend has two challenges instead of one. Goofy Challenge is for those who finish the half marathon and the marathon. Dopey Challenge is for all four races, which is 48.6 miles! You must sign up for the challenge to be eligible for the special medal. Just registering for all the races isn’t enough.