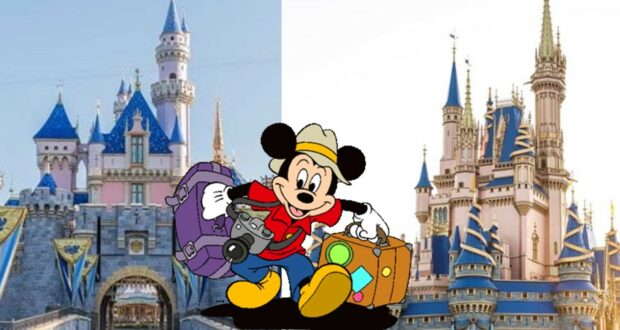 The big news is out as The Walt Disney Company has announced they are moving roughly 2,000 Disney officials from Southern California to Florida. Disney is constructing a new Disney regional hub in Orlando’s Lake Nona community. With the average wage for the positions being $120,000 annually, this move is a big boost for the Lake Nona area. Now, we’re learning Disney has purchased roughly just under 60 acres for the new regional campus in Lake Nona.

As reported by Orlando Business Journal (OBJ): “An entity related to Burbank, California-based The Walt Disney Co. — Orlando’s largest employer — has purchased nearly 60 acres in southeast Orlando for its future Lake Nona campus as it relocates 2,000 jobs to Central Florida. Dynamic Campus LLC, an entity related to Disney, spent roughly $46 million on nearly 60 acres in Lake Nona, or roughly $766,666 an acre, according to Orange County records.”

While Disney is relocating 2,000 jobs from their California Walt Disney Co. headquarters, this group of relocating professionals including Imagineers and Disney officials only makes up less than 5% of the total number of Disney jobs in California. But, it sounds like the new campus is only the beginning. OBJ continues with: “Experts and sources previously told OBJ this may be the first step for the Burbank, California-based entertainment giant (NYSE: DIS) in a larger relocation to the southeast Orlando master-planned community. Moving 2,000 employees in a single phase is perhaps the top end of how many people a company can move at once due to the complexities around the endeavor, according to site selection expert John Boyd, a principal at Boca Raton-based The Boyd Co. Inc., who is not involved in Disney’s relocation.”

RELATED: Ready to Move to Lake Nona With Disney? This 2.7 Million Dollar Home Is Calling Your Name!

It is expected that Disney will be spending roughly an $864 million investment for the Lake Nona move. Josh D’Amaro, chairman of Disney Parks, Experiences and Products, has been quoted when speaking of the new Lake Nona Campus that the project is a “dynamic environment to support our expanding business.” D’Amaro wrote in a letter to staffers: “As someone who has moved with my family from California to Florida and back again, I understand that relocation is a big change, not only for the employee but also for their families, therefore, moving these roles to Central Florida will take place throughout the next 18 months, providing flexibility in timing to accommodate individual situations and needs.”

And Disney isn’t stopping there. It seems like the next chapter is already in the works as Disney and a Lake Nona developer are in talks for a new age-restricted community. Big changes ahead for Orlando’s Lake Nona community! We’ll keep you updated as we learn more about The Walt Disney Company’s relocating of several Disney officials as the progress continues.