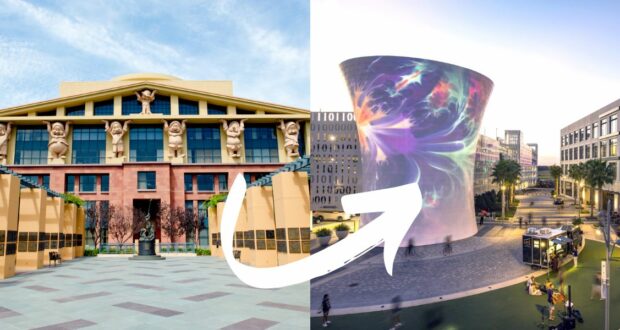 In July 2021, The Walt Disney Company announced it would be relocating 2,000 plus Cast Members from California to Florida for a new Disney regional hub. The Florida destination announced was Lake Nona, a town just 20 minutes away from Walt Disney World Resort.

Then, in September 2021, according to Orange County records, Dynamic Campus LLC, an entity related to Burbank, California-based The Walt Disney Company, purchased nearly 60 acres in southeast Orlando for the hefty price tag of $46 million, or roughly $766,666 an acre for its future Lake Nona campus.

The move announcement was met with some controversy among Walt Disney Imagineers, that preferred to remain in California but were instead given 18 months to move according to a letter sent to Cast Members from Josh D’Amaro, Chairman of Disney Parks, Experiences and Products.

Furthermore, in March 2022, the move by The Walt Disney Company became even more controversial when Disney’s former CEO, Bob Chapek, and Florida’s Governor, Ron DeSantis, were at odds over the Parental Rights In Education Bill (also known as “Don’t Say Gay” bill).

In June 2022, The Walt Disney Company revealed it would be delaying its move to Lake Nona by years, stating:

“While a growing number of our employees, who will ultimately work at the campus, have already made the move to Central Florida, we also want to continue to provide flexibility to those relocating, especially given the anticipated completion date of the campus is now in 2026. Therefore, where possible, we are aligning the relocation period with the campus completion.”

RELATED: Ready to Move to Lake Nona With Disney? This 2.7 Million Dollar Home Is Calling Your Name!

Now, fast-forward to December 2022, a new insight into Disney’s Lake Nona situation is being revealed from a conference called “Lake Nona Mastermind: The Future of Lake Nona,” which was held on Thursday, December 8, 2022, at the Guidewell Innovation Center in Orlando, Florida.

The event was described with, “Join us on December 8th at 930 AM as we delve into the heartbeat of Lake Nona’s NOW and FUTURE!! We will focus on the Social, Innovation, Commercial, Political and Medical. Register below as space is limited. This one will sell out, so sign up early!!”

As heard in the video, Blakley states:

“There are a lot of exciting announcements that I cannot break today but are imminent, even in the next coming months. I would say the short-term future, things are moving along with Disney very well. I do expect that there will be news in the coming months and year around that project.”

“It’s a 60-acre regional campus that they’re creating. They were approved to build 1.8 million square feet of development, so hopefully, you’ll hear more about what their development plans are for that property.”

As always, we will continue to keep Disney Dining readers updated as we learn more about Disney’s future at Lake Nona.