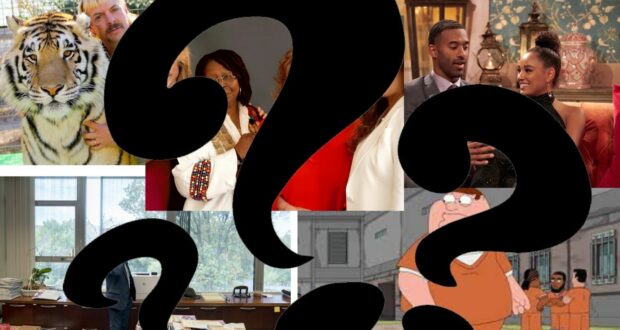 As we look back over 2021, magazines and news outlets all over the world are compiling their “Year in Review” lists for readers to drink down before the ball drops and 2021 is nothing more than old news and memories from a year gone by.

RELATED: Fists flying, jumping the queue, spitting on others: Guests Behaving Badly at Disney in 2021

Sometimes, the lists can become tedious and even mundane.

But just for fun, let’s look back at 2021 and talk about the most controversial and divisive offerings in the world of television entertainment for the year. There’s no shortage of choices when you consider the large public networks, streaming services, and cable networks available to Americans. 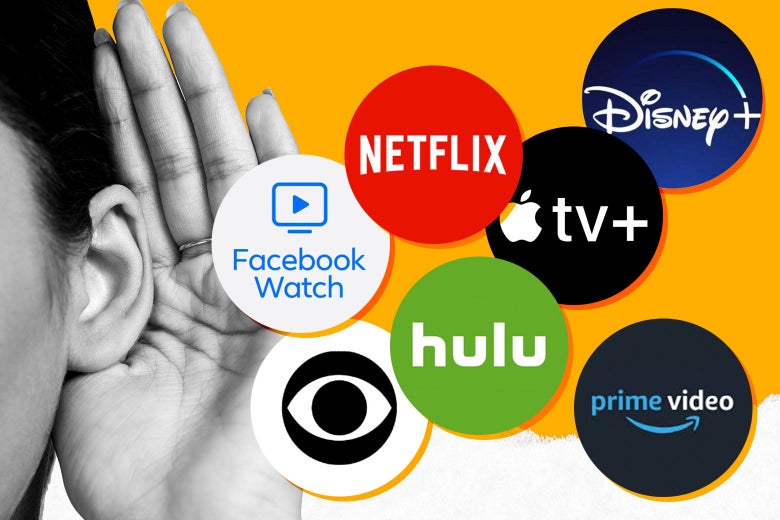 But if you were asked which offering–and you can only name one–was perhaps the most polarizing of any on television this year, what would you say? Maybe Tiger King on Netflix? Either season? Both seasons? What about ABC’s The Bachelor, Disney’s Family Guy (thanks to that little Disney/21st Century Fox agreement you might recall), or The View?

Screenrant even compiled a list of controversial Saturday Night Live episodes, the first on the list starring Owen Wilson, the voice of the Ka-Chow King himself, Lightning McQueen, alluding to using the “R” word and reading sexually suggestive language in a spoof on a fictitious Cars 4 recording at PIXAR Studios. 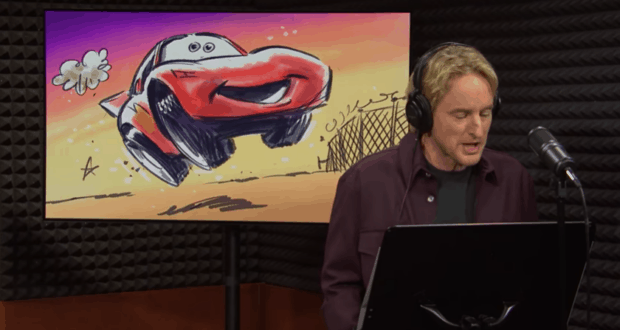 But perhaps the most controversial and divisive television production of 2021 is a documentary made by The National Geographic Channel, and streamable only on Disney’s streaming platform: one about a doctor in his eighties who’s in charge of the United States’ response to the novel coronavirus pandemic.

Before the onset of the global pandemic, first recognized in the eastern hemisphere in late December 2019, many Americans had never heard his name, despite the fact that he has served in a federal public service capacity since President Ronald Reagan was in office in the 1980s.

Simply titled Fauci, the National Geographic documentary, which debuted on Disney+ in early October, gives an insight into the life of the physician who has not only led the United States in its fight against the coronavirus pandemic that began in early 2020 but who has also led the charge to increase knowledge, awareness, and understanding of the virus, even as it an ever-evolving and mutating virus.

RELATED: Florida DESTROYS each of its previous COVID cases records, one by 66% in 24 hours

Eighty-year-old Fauci is a physician-scientist and immunologist who currently serves as the director of the National Institute of Allergy and Infectious Diseases (NIAID). He is also the Chief Medical Advisor to the President of the United States and has been for more than 40 years.

The documentary shows Dr. Tony Fauci as the nation’s top infectious disease expert, but it also shows another side to him; at home, he’s both husband and father with–as the National Geographic documentary now streaming on Disney+ shows–a very human side to him as well.

The all-new documentary film on Disney+ was directed by Emmy winners Janet Tobias and John Hoffman for National Geographic Documentary Films, and just like the man about which the film was created, the documentary has given the American COVID divide a louder voice.

“When you’re involved in a race to stop a terrible disease,” Fauci explains in the documentary film, “you always feel like you’re not doing things quickly enough.” 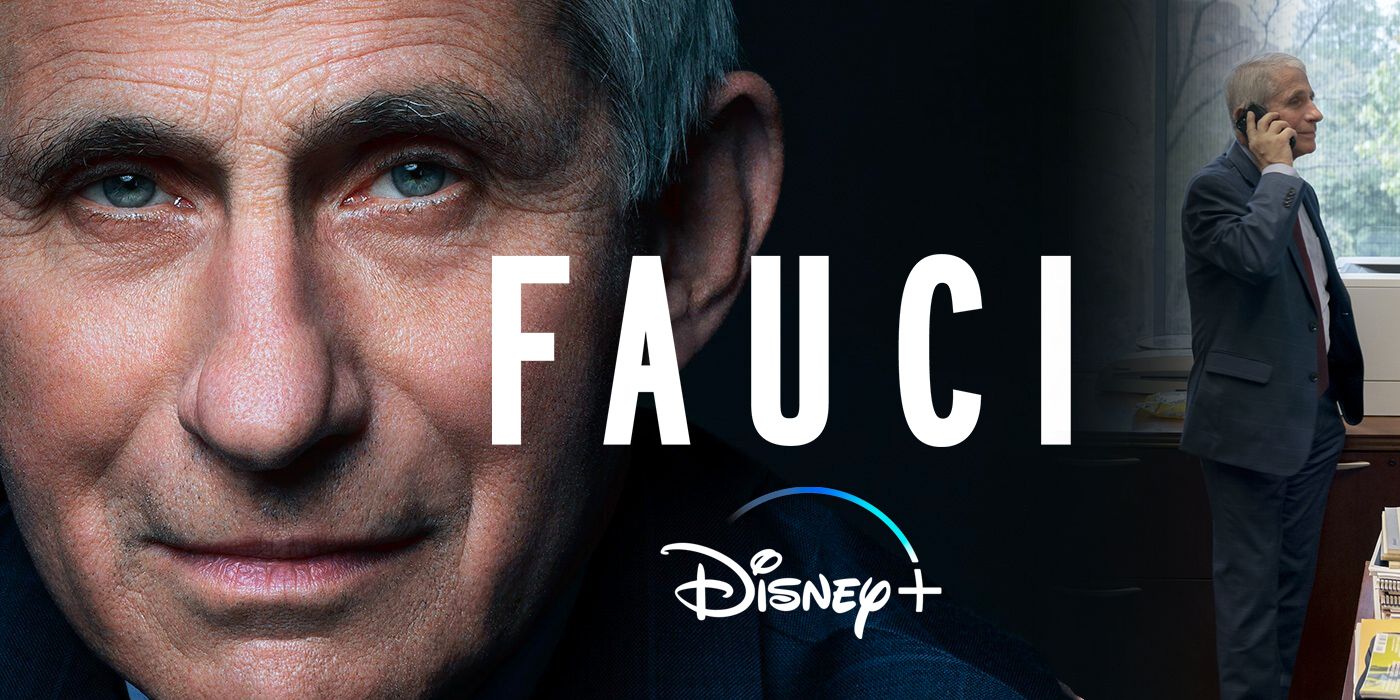 But many Americans take issue with Dr. Fauci’s recommendations, saying they are too extreme or that they contradict previous recommendations he has made in his capacity as the nation’s top COVID expert. Others question his motives and his timing, like a user who commented on YouTube under the trailer for the Fauci documentary, saying, “Does anyone else find it concerning that our country’s chief medical adviser would make filming a documentary about himself a priority during a pandemic?”

The chasm that lies between Dr. Tony Fauci’s critics and his supporters, his opponents and his proponents could not be deeper, and the documentary makes this loudly apparent to some. The current division spurred by tension in the country is palpable as the viral pandemic has become largely political and only marginally medical, and Dr. Fauci is one of the faces of the pandemic and the American response to it.

The National Geographic documentary film has received an 85% score on RottenTomatoes.com, which is a favorable score, but the audience score is only 2%, highlighting the polarizing effect of the film and perhaps, the man about which the film was made.

Other comments about the film’s trailer on YouTube included the following, showing users’ strong feelings about Dr. Fauci and the documentary that touts him as “the ultimate public servant” in the United States:

In a scathing review of the Fauci documentary film on the Tucker Carlson Show, FOX News’ Tucker Carlson and Jesse Watters refer to the White House COVID-19 public health official as “the perfect Hollywood actress,” with Watters saying “Americans have no problem with the truth; they just want Fauci to tell it.”

The FOX News duo continued by suggesting that perhaps Disney allowed for the creation of the documentary film to repay a favor done for the media giant. The commentators were not clear enough about exactly what they meant with that proposal.

Perhaps The National Geographic Channel and Disney+ felt the documentary would have a unifying effect: “Tell Dr. Fauci’s story, highlight his humanity, draw people together.” It’s just a guess. It’s quite apparent that people, politics, and issues are polarizing; the documentary about them only serves to create a larger platform from which to argue and deepens the chasm between opposing sides.

If you’ve watched Fauci, let us know your thoughts about the documentary film in the comments.