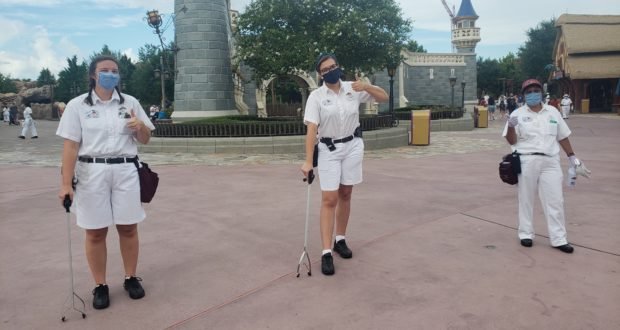 Cast Members are now required to get vaxxed; should Guests follow suit?

Yesterday, it was announced that all unionized Disney Cast Members would be required to be fully vaccinated by October 22, 2021.

So is it time that the same type of requirement is made for Guests who visit the parks? 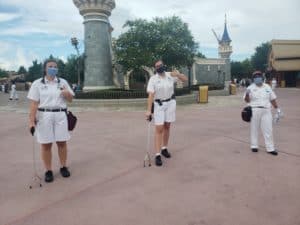 Cast Members at Walt Disney World are the backbone of the entire Disney theme park experience in Central Florida, and as of the end of October, each of the 43,000 Cast Members who are members of the Services Trade Council Union must be fully vaccinated.

(Cue the influx of social media posts–and some rants–about what makes this decision on the part of Disney a terrible one, a great one, fair to Guests, unfair to Cast Members, etc.)

And regardless of your stance on the virus, the vaccine, the pandemic, and the pandemonium, most will agree that one thing that’s missing across the board is civilized conversation about the realities surrounding this unprecedented world scenario in which we now find ourselves.

The truth of the matter is multi-faceted, and for the purposes of this piece, we won’t look at questions of authority and privacy such as “can the union or Disney really force Cast Members to be vaccinated?”

On the one hand, there are Cast Members who feel that there should be no correlation between union status and the requirement of a vaccination. Others welcome the mandate because they feel it will keep them safer at their jobs. Still others don’t care one way or the other. They do their thing; you do yours.

And can we really blame the beloved Cast Members if they expect the same from Guests?

Let’s think about that for just a moment and sprint forward at Lightning Lane speed to the end of October. Every Cast Member we will interact with inside the parks at that point will be fully vaccinated, meaning that they were either already vaccinated, or that they complied with the vaccination mandate as a requirement for employment–even if it wasn’t in the top 10 of their bucket-listed “to-do” items. Could it be that those Cast Members who remain will do so because no matter what, they love their jobs? The Disney World experience? The magic that can only be found in one very special place?

And hopefully, the vaccine will offer those Cast Members an increased level of protection against the dreaded COVID-19 virus, especially the Delta and Delta-Plus variants.

And if the Cast Member has moved forward with getting his or her vaccine, whether by personal choice or in response to the agreement between Disney and the union, it’s understandable that he or she might wish the same for Guests entering the parks (especially the photo-bombing Cast Members like this one). 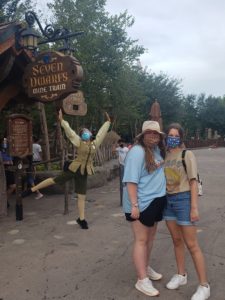 If Cast Members are determined to avoid the vaccine at all costs, they have the freedom to do so. But freedom is never free of consequences, and employment at the Most Magical Place on Earth may not be available to those who are not vaccinated. So in all fairness, doesn’t it only seem right that Guests be presented with a similar choice–be vaccinated or postpone your visit–and then allow them the freedom to choose, understanding that, as with all choices, there’s a trade-off, and therefore, a Guest’s refusal to provide proof of vaccination at the gate may yield him or her a refusal of entry.

It doesn’t seem too unfair, does it? In fact, now that Cast Members are required to be vaccinated, it may actually be the more fair thing to ask the same of Guests.