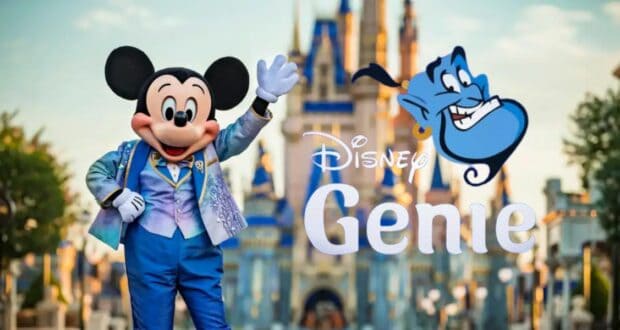 RELATED: Did Disney Steal Tech For Disney Genie? Lawsuit Claims They Did

The pricing per person per day for Disney Genie+ ranges depending on the Walt Disney World Park crowd size. Recently, the price point has jumped to the high of $29 per person over the holiday season.

Adding an additional $29 (or $116 plus tax for a family of four) on top of Disney Park tickets can have an impact on the Disney budget. Not only are we learning that more and more Disney Park Guests are going into debt for Disney vacations, but even The Walt Disney Company CEO, Bob Iger, has been quoted saying the Parks are too expensive.

Alas, Disney Genie+ looks like it’s here to stay. And with a recent update, the former Disney Genie+ ticket add-on was officially eliminated at the turn of the new year.

Gustin goes on to report that there are “likely some exceptions (ex: people with 2022 tickets that were impacted by Hurricane Ian) – but it will be interesting to see if Genie+ availability is impacted with the ticket add-on no longer a factor.”

This means when visiting Walt Disney World, Guests will only be allowed to purchase Disney Genie+ on the day of their visit to the Park.

If willing to spend the extra money, much like purchasing an individual Lightning Lane attraction (rides that are not included in Genie+, such as Guardians of the Galaxy: Cosmic Rewind), we recommend purchasing first thing in the morning before the Genie service possibly sells out due to crowd level.

Keep in mind this new removal of the Disney Genie ticket add-on is currently only impacting Walt Disney World Resort. If purchasing tickets at Disneyland Resort for either Disneyland Park or Disney California Adventure Park, the Genie+ add-on is still available.