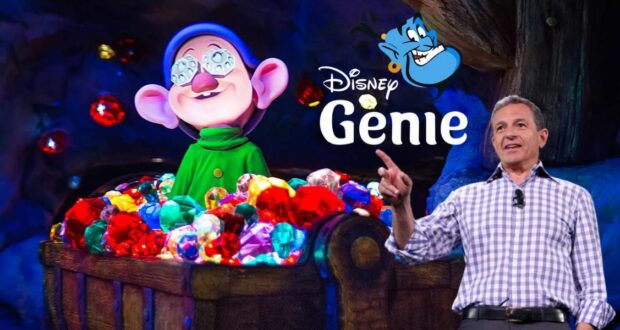 Bob Chapek is out, and Disney CEO Bob Iger is in. While Iger works to clean up the hiccups set along the way by Chapek, we’re seeing a few changes unfold… including this latest news on Disney Genie+.

While we don’t expect Disney Genie+ to disappear magically, we are seeing some slight dips in Genie+ pricing. Now, more changes for Disney Genie+ are on the way.

RELATED: Mr. Iger, HELP!! Genie+ on Track to Cost More Than a Park Ticket for Some

Even though Disney Genie+ is not a required purchase while visiting the Disney Parks, the line-skipping service does help cut down on time spent waiting in line drastically. The irritation for many Disney fans is that this now Disney Genie+ upcharge service was the once complimentary FastPass+ service.

Just like the old free FastPass+ system, purchasing Disney Genie+ allows Guests to skip the standby line on select attractions and enter via the Lightning Lane instead at a select time.

RELATED: Step One of Disney’s Plan to Price Out the Middle Class has Failed- Will They Pay Attention?

This time pricing isn’t involved by rather the Guest experience while working within the app and scheduled Genie+ selections.

@AshleyLCarther1 took to social media to share, “JUST IN: New update coming to Disney Genie+. Guests will soon be able to modify Lightning Lane selections in the MDE app without having to cancel and rebook their selections. With this change, they’ll be able to search for other available attractions or arrival windows.”

In addition to individual changes, Guests will also be able to make changes for specific members of their party within the My Disney Experience App, meaning they can adjust their party size during modification.

Furthermore, the report goes on to note that this update is expected to launch at both Walt Disney World Resort and Disneyland Resort “within the next week or so.”

While this Disney Genie update may seem small, it is an excellent fix for the Disney Guest experience when it comes to Disney Genie+. The headache of needing to cancel a Genie+ selection in hopes of snagging a different one was a nerve-wracking experience.

Now Guests will seamlessly be able to look for a better Lightning Lane reservation option for their travel party within the app and simply modify their attraction experience without having to cancel in hopes of a better option being available.

RELATED: Disney Says Its Limiting Number of Guests Who Can Purchase Genie+

If you’ve never used Disney Genie+ at Walt Disney World’s Magic Kingdom, EPCOT, Disney’s Hollywood Studios, Disney’s Animal Kingdom, or Disneyland Resort’s Disneyland Park or Disney California Adventure, take a look at the Disney budget, as it may be worth the financial expense when valuing time vs. money.

With one payment per day, there are several Disney Genie+ attractions to choose from, but keep in mind that Disney only promises 2 or 3 Lightning Lane reservations per Park per day with a Disney Genie+ purchase.

It is also important to note that not all of the attractions are included in the Disney Genie+ purchase. There are select popular attractions in each theme park that are listed under individual Lightning Lane selections.

For example, EPCOT’s Guardians of the Galaxy: Cosmic Rewind allows Guests to purchase an individual Lightning Lane selection a la carte or Guests attempt to snag a virtual queue to experience.

As always, we will be sure to share more details as we learn more about Disney Genie service additions and fixes. In the meantime, we’re keeping our fingers crossed that Iger continues to focus on the Disney Park experience, with good things to come in the near future!