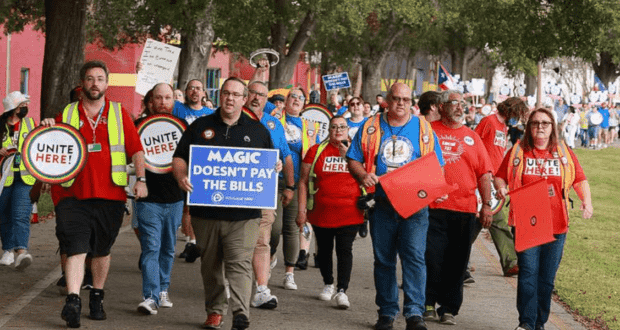 Disney and Cast Members continue to be at odds as Union negotiations heat up. On Wednesday hundreds of Cast Members protested their wages, carrying signs and chanting “Disney workers need a raise”. This comes after  Local Workers 737, the Union that represents Cast Members, failed to reach an agreement last month. 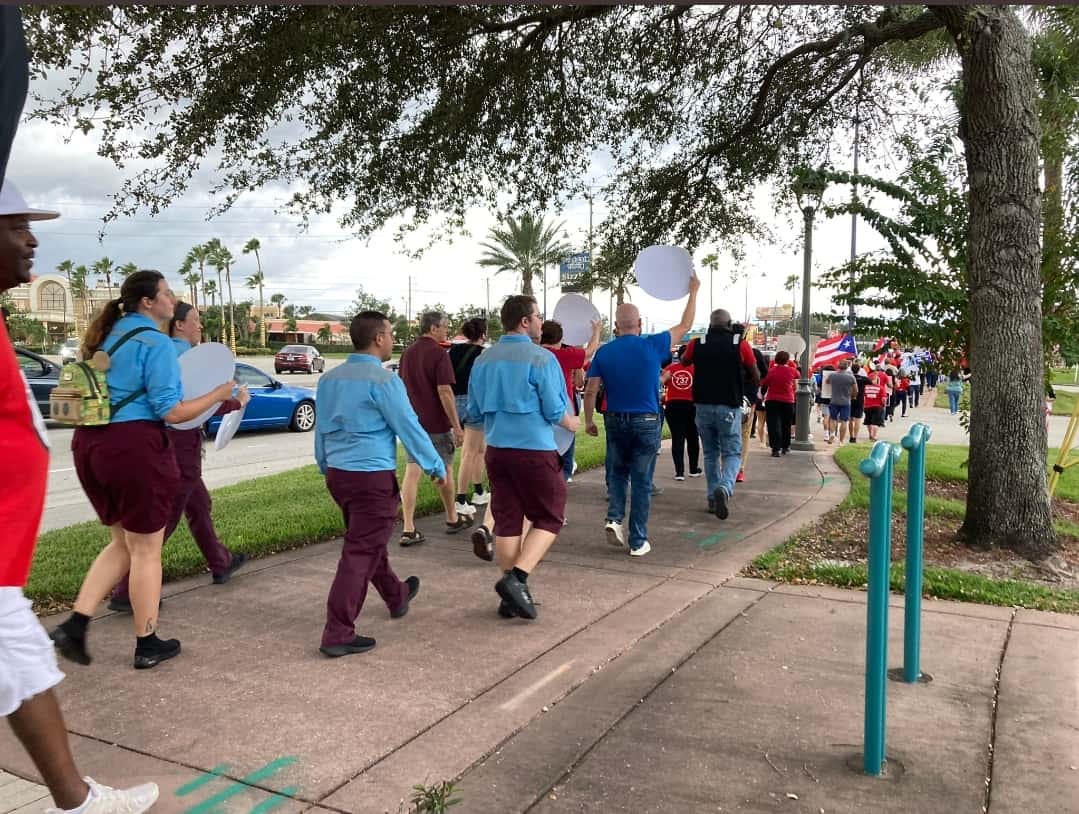 In October, after intense negotiations, the Union received an offer from Disney, which it rejected. “They offered to increase most workers’ pay by only $1 per hour every year for 5 years. The Company also offered additional increases for Housekeepers, Cooks and Dishwashers,” the Union wrote. “The Company said “No” to all of the Union’s other economic proposals regarding pension, health insurance, guaranteed 40 hours, premiums and other important issues.” 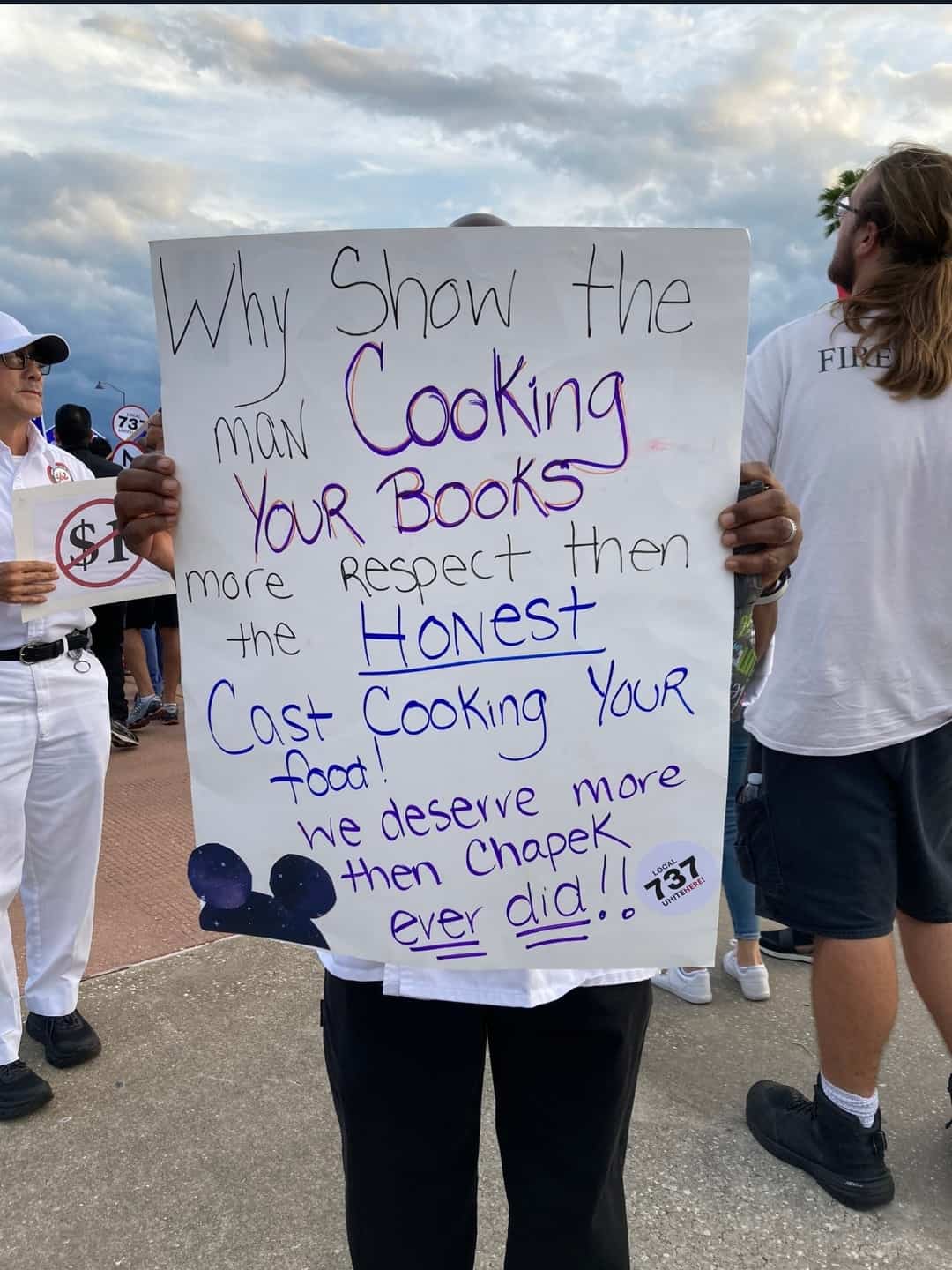 Disney stands by its offer and seems unwilling to sit down to negotiate further. A representative for Disney has issued a statement on the matter saying, “We have presented a strong and meaningful offer that far outpaces Florida minimum wage by at least $5 an hour and immediately takes starting wages for certain roles including bus drivers, housekeepers and culinary up to a minimum of $20 an hour while providing a path to $20 for all other full-time, non-tipped STCU (Service Trades Council Union) roles during the contract term. Our proposal also provides paid child-bonding time for eligible Cast Members. In addition to this, we also offer our Disney Aspire program that pays 100% of tuition up front for eligible hourly employees.”

Katie Rice of the Orlando Sentinel captured a video of the protest and posted to Twitter:

The Union currently covers more than 41,000 Cast Members in central Florida, many full-time workers who say they can’t afford to make ends meet. Cast Member Denys Ortega says, “There are so many performers who have to have two jobs or live off of overtime. It’s very hard for them.” This Thanksgiving, The Cast Member Pantry, a food bank dedicated to putting food on the tables of  helps Cast Members, gave away more than 1,000 holiday meals and had to turn some away due to demand. Melanie Paradiso who has a 2-month-old said, “I need to feed myself so I can feed him, and it’s really important that I be able to provide for him and my husband as well.” 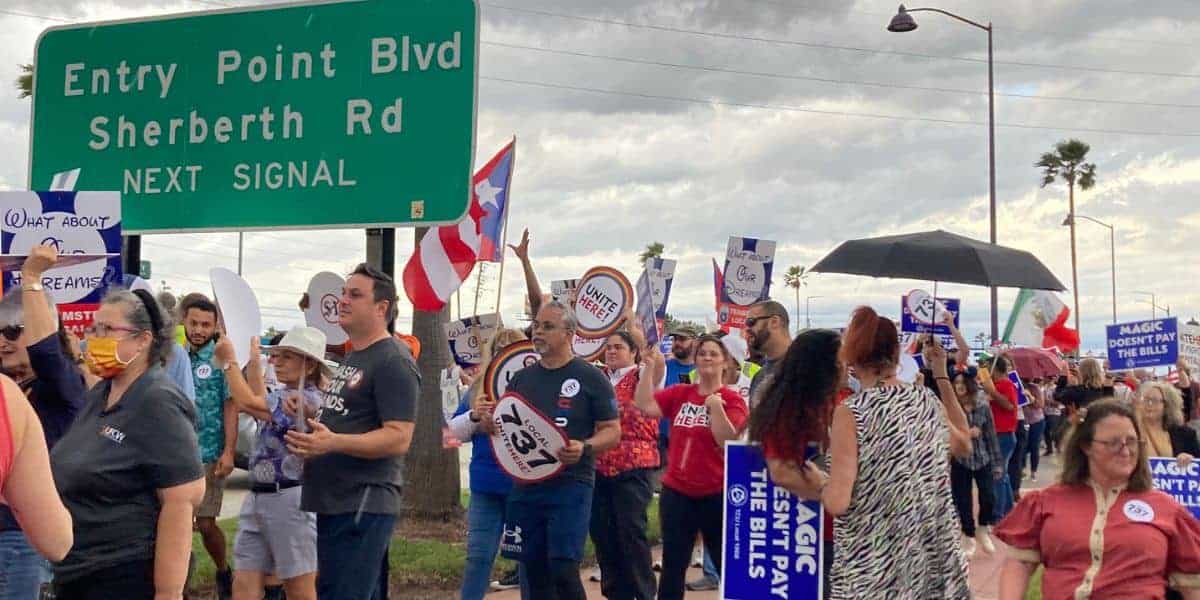