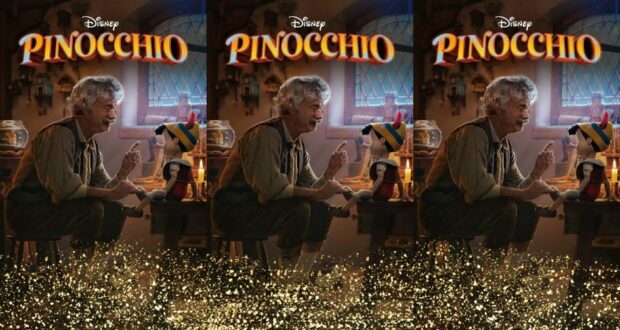 What I Loved About Disney’s Live Action Pinocchio

On September 8, 2022, while Disney fans were still dreaming about the upcoming D23 Expo that was launching the next day, a new live-action movie came to Disney+. Disney’s Pinocchio live-action remake gave a new spin on a classic story originally shared by Walt Disney Animation Studios in 1940. This story of a funny and cute little wooden puppet that desperately wants to be a real boy captured the hearts of viewers in 1940.

This Disney remake had an all-star cast and team with stars like Tom Hanks, Luke Evans, Cynthia Erivo, Benjamin Evan Ainsworth, and Lorraine Bracco in the film. Not to mention the incredible work of director Robert Zemeckis.

In addition to giving us one of the greatest and most recognized Disney songs of all Time (“When You Wish Upon A Star”), the animated version of Pinocchio was a touchpoint and a favorite for some Disney fans. Though they’ll always be differing opinions on the quality of live-action remakes today, I’m here to share what I loved about Disney’s live-action Pinocchio. 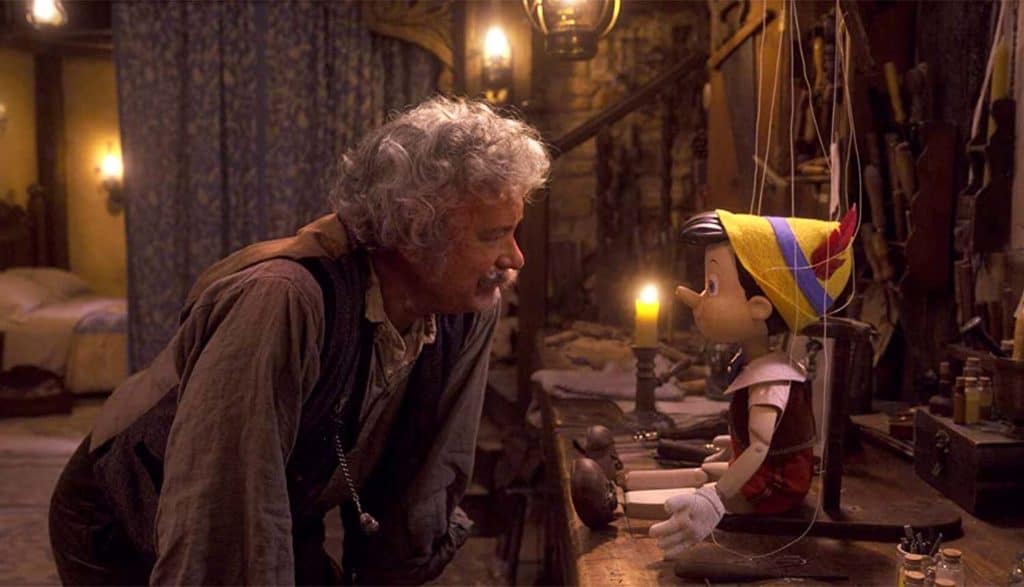 I’m going to feel really silly, knowing I may be the only one that had never before taken the hint about Pinocchio’s name. Still, it’s true that until this live-action remake when Geppetto very clearly said that the wooden puppet is made of pine– I never had before thought about the name origin of this little wooden Disney star. Obviously, Pinocchio is the perfect name for a pine wood puppet. Tom Hanks is always the star of the show, making whatever character he has been cast as come to life in a unique and memorable way. Tom Hanks as Geppetto did not let us down. Hanks perfectly encompassed the kind, lonely and eccentric old dad that is Geppetto. The puppet dancing “we need music!” scene from the animated film came to life, with Hanks engaging Figaro the cat and Cleo the goldfish in celebration with a dancing Pinocchio. The loving father-son relationship that tugged at our heartstrings when watching the original Pinocchio was at play again in this new Disney movie.

We love a good Disney Easter Egg. You know the ones, subtle (or in this case not so subtle) nods to other Disney movies within a Disney movie. Sometimes these little nods are so fast we miss them, but there was little chance of that in this Robert Zemeckis movie. Woodworker father Geppetto is an excellent craftsman, as evidenced by dozens of wooden clocks that adorn the walls of his home and shop. 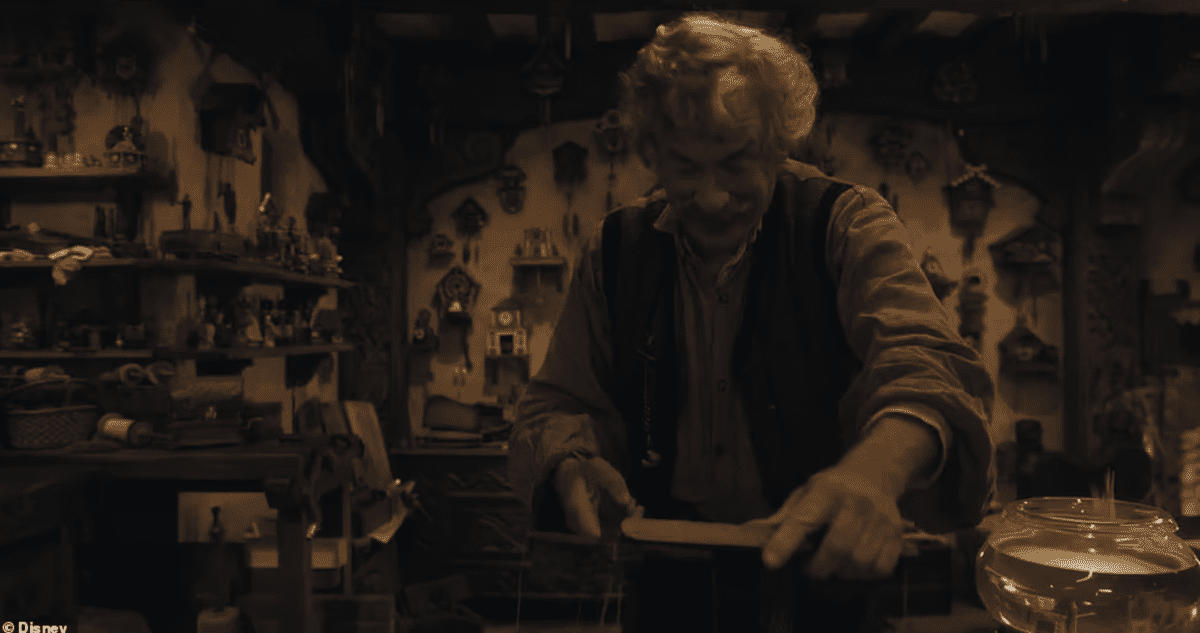 The detailed clocks were a big area of interest in the original Pinocchio as well, but the remake gave a new spin to these timepieces. Geppetto’s detailed clocks had characters from The Lion King, Sleeping Beauty, Snow White, Toy Story, and more. Rafiki lifts cub Simba into the air when the clock strikes. Aurora pricks her finger on the hour and falls over into a death-like sleep. Another clock features Woody and Bullseye charging out of the clock when it strikes, and we even see the evil queen offering Snow White a poison apple on the hour. These cute Easter eggs were a fun nod to other films and a detail my family really enjoyed. Having come from a family of educators, there is nothing quite like a little teacher humor. Though it falls into the “if you know, you know” category, Honest John’s soliloquy about the way Pinocchio was snubbed by the schoolmaster was hilarious. This sly fox’s comments about the wooden puppet’s need for a differentiated curriculum that fits his individual learning style was nothing short of hilarious. Bonus points for how it turned a sad movie moment into a funny one. I know it’s just a movie — but watching confused little Pinocchio get kicked out of school when he was so excited — was way too sad for me.

Related: Why You Need a Disney Movie Night 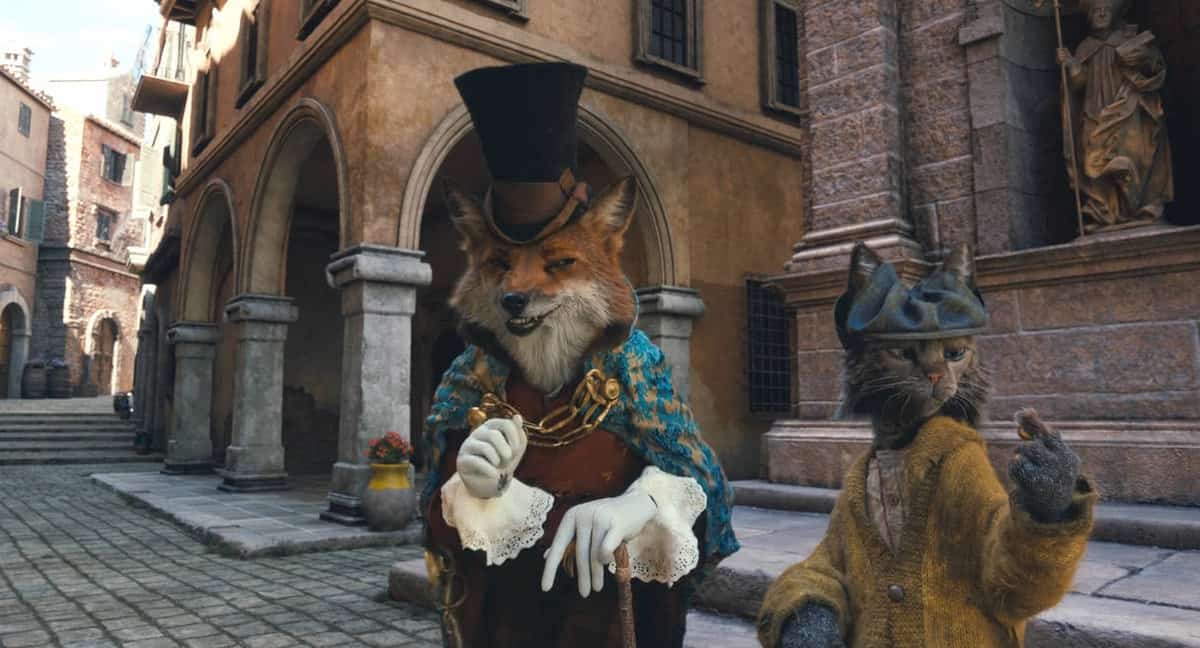 Speaking of Honest John, he is a movie highlight. The creepy and cunning stranger on the street persona of Honest John is one Walt Disney Pictures did well in the original Pinocchio. I wondered about how they could execute a live-action-style character that struck the right chord without being too silly or scary. As usual, Disney did a great job. The shifty nature of Honest John shines through, but viewers will get plenty of chuckles from this character as he convinces gullible Pinocchio that he is destined for a life in the theater or as an influencer. The updates to this character were awesome and totally fit the movie and times without seeming boring, too scary, or out of place. 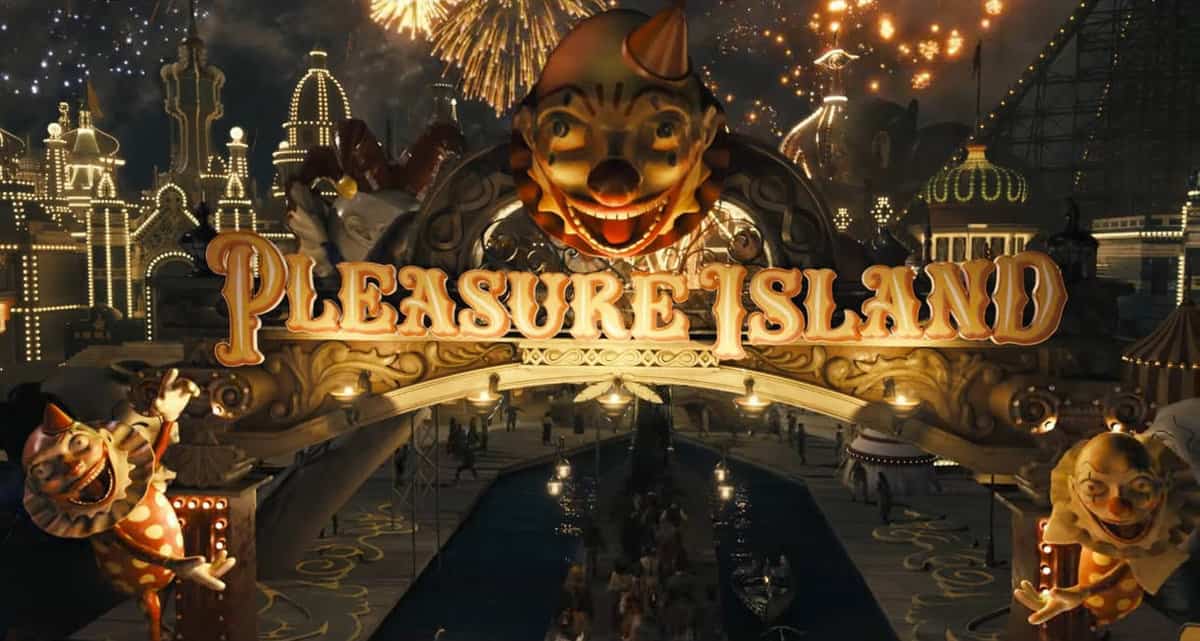 I know, I know — the moral of this story is to avoid the constant indulgence and disorder of Pleasure Island. Still, Pleasure Island was executed so incredibly well in this movie that I can’t help but be a bit obsessed with it. The attention to detail when designing each of the “stations” at Pleasure Island was incredible. I loved the vintage fun house/Victorian-era Beach Boardwalk vibe of this space. The beauty of Pleasure Island made it even more nail-biting to watch the bratty kids wreck it. The boat and Ferris wheel ride combo that Pinocchio and Candlewick (played by Lewin Lloyd) ride, bring viewers along for the experience in a visual sense. The shots in this part of the movie made Pleasure Island feel like a place we were interacting with through Pinocchio’s eyes on the wild boat ride, instead of feeling like we were watching on a screen. 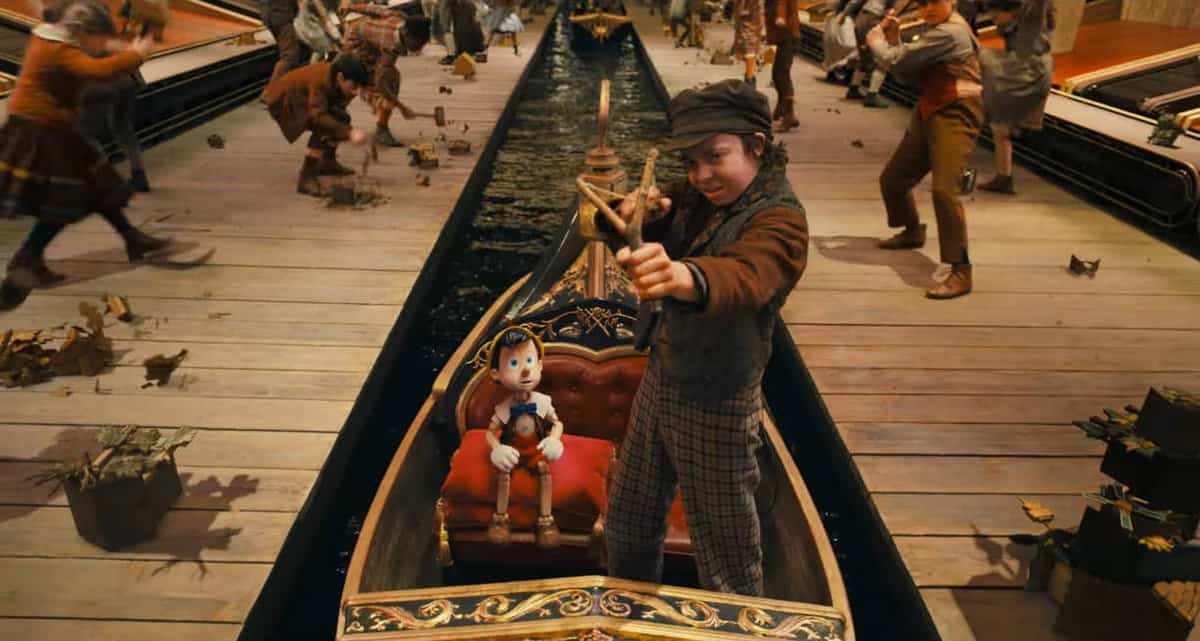 Tangent detail: I love the convenience of streaming a movie on Disney+ in my own home, but could you imagine how awesome the Pleasure Island boat ride scene would have been in an IMAX movie theater?

Of course, we can’t forget the evil Coachman that transports the kids. Luke Evans brought this creepy henchman role to life in a way that irked me more than the original Pinocchio. Overall, I enjoyed this movie. It won’t become one of my staple movies to stream because the story of Pinocchio was never one of my favorites. Sure, parts of this movie may seem slow, but many Disney fans would also say that’s true of the original Pinocchio. The forthright and reliable Jiminy Cricket was everything I’d hoped for in a character, as was one of the creepiest Disney villains, crazed puppet master Stromboli, that was played by Giuseppe Battiston.

Stunning blue fairy Cynthia Erivo was a showstopper. I wish she had more screen time. Still, I would recommend Disney fans that already have Disney+ streaming service take the time to give this live-action remake a watch in the near future!

2022-09-16
Katie Chapman
Previous: Is Universal Catching Up to Disney? Comcast CEO Thinks So
Next: You’ve been duped: Yesterday’s Disney World “Tornado” WAS NOT actually a tornado