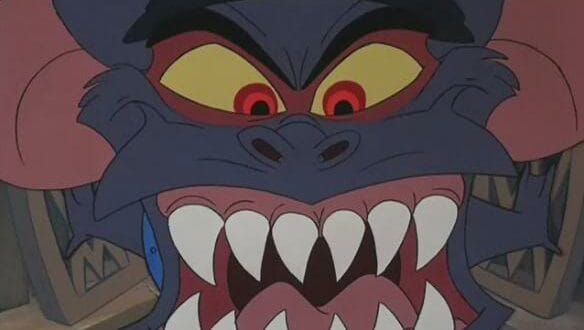 Disney Villains That Give Us the Creeps

Some people love them, most people hate them, you likely have a favorite or one that ranks as the creepiest in your opinion. That’s right, today we are talking Disney Villains! Movies like Maleficent and Cruella have taught us that people are not always what they seem. Everyone has a backstory. Still, there are some Disney Villains we can’t help but find downright creepy.

Mother Gothel, Madam Mim, Oogie Boogie, Captain Hook, Prince John, and Shan Yu are all scary in their own right, but this article digs into creepy Disney Villains that have that extra ick! factor.

The evil, greedy Stromboli in Pinocchio certainly ranks both as a Disney Villain we love to hate and as a villain that gives us the creeps. He exploits the naive Pinocchio for money and tosses him in a birdcage when Pinocchio tries to leave after the show. Pinocchio is lured astray by the awful fox Honest John, on his way to school, and quickly becomes enamored with show business as he performs in evil Stromboli’s puppet show. Watching how quickly Stromboli alternates between charm and laughter with Pinocchio to leering and shouting when Pinocchio rises to leave is terrifying.

Capturing a little boy (well, a little puppet who longs to be a little boy) is low. My heart still drops when Stromboli slams the cage door shut and hitches up the horses to leave town. Thank goodness, the Blue Fairy came to the rescue! You won’t find Stromboli at Walt Disney World, but he is featured in all his angry and scary glory in Pinocchio’s Daring Adventure at Disneyland.

Related: Two Remakes? Yet Another ‘Pinocchio’ Film Is Coming This Year

Headless Horseman, The Adventures of Ichabod and Mr. Toad

The Adventures of Ichabod and Mr. Toad is on my all-time favorite films list, but the Headless Horseman still gives me the creeps. The folklore surrounding this villain is definitely a huge part of his persona, enhancing the mystery of this phantom villain and leading you to wonder what equally disturbing details and what other tales about the Headless Horseman you have not heard.

Poor Ichabod Crane is scared to death to cross the desolate woods back to his humble lodging in the schoolhouse after Brom Bones drives home the villain in this ghost story at the Van Tassel’s harvest celebration. The specter form of this villain enhances the creep factor immensely because he may or may not even be real. Right? Either way, I’m staying away from Sleepy Hollow on Halloween night!

The Headless Horseman has been known to make appearances in seasonal Halloween parades in the Magic Kingdom and Disneyland Resort, where he is a hit with Park Guests.

Any woman that is flanked by two giant crocodiles is bad news. That’s right, next up on the list of creepy Disney villains is the greedy pawnshop owner herself, Madame Medusa, from the 1977 film, The Rescuers. Another Disney villain ready to exploit a child (Penny) to do her bidding, Madame Medusa is hell-bent on obtaining the Devil’s Eye, the largest diamond in the world, and will stop at nothing to secure it.

Her volatile mood swings coupled with her drive and greed make her an unpredictable character and a really creepy villain. The way she tells orphan Penny that she will never get adopted is devastating and kicks her up a notch on the evil-meter. Not to mention, the shudder-inducing makeup removal scene where she peels off her eyelashes while berating Penny. If you know, you know.

Some would argue that Fidget, the peg leg bat in The Great Mouse Detective, is more of a flying evil henchman than an all-out villain. He gives me the creeps either way. This stealthy villain is prone to creeping around silently and popping out to do Ratigan’s bidding when you least expect him.

The scene where he pops out of the cradle disguised as toy baby, to gain Oliva Flaversham’s interest – lives in my head rent-free. Villains that pop out of unexpected places during quiet moments are super creepy.

Doctor Facilier, The Princess and the Frog

I’m not messing with anyone that has friends on the others side. Doctor Facilier of New Orleans is one nasty villain that performs Voodoo magic in The Princess and the Frog. This sneaky villain is also called The Shadow Man and is well known around the French Quarter as a tricky and powerful magician.

The creepy thing about Dr. Facilier is more his affiliation with his “friends on the other side”, evil spirits he summons, as he seems to hold little power himself. Like many villains, Dr. Facilier is overtaken by greed and obsessed with gaining wealth and respectability. He strives to rise to prominence in New Orleans and will stop at nothing to achieve his goal.

His signature shifty shadow that depicts creepy scenes that reflect his true nature, his emporium of shrunken heads and oddities, and his ability to smoothly talk anyone into his plans makes him a creepy Disney villain.

Gaston, Beauty and the Beast

Is there anything creepier than a guy who just can’t take rejection and move on? Seriously, Gaston has kept our creep radar flashing from the time he first graced the screen in the 1991 film Beauty and the Beast. There are plenty of details about Gaston that just make him a creep as a person (his inability to take no for an answer, his belief that he’s the biggest catch in the village, his chauvinistic personality – we could go on forever) but there is also plenty to unpack that constitutes him as a creepy Disney villain.

His unrelenting pursuit of Belle even when this means wrongfully committing her father to an asylum and his overwhelming jealousy of the Beast that drives him to assemble the angry mob is truly evil. He sensationalizes the Beast as a terrible monster, to feed the village mob’s fear. By crafting a false narrative about the Beast, he soon mobilizes an entire village to destroy a person he’s never even met. Gaston is one creepy guy, but he is also an especially evil Disney Villain.

Is the Disney Movie Villain that makes your skin crawl on this list?