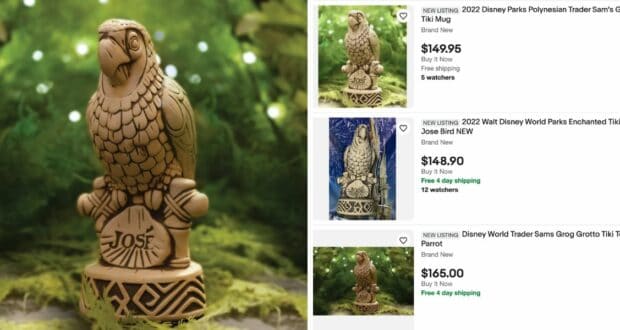 Ahhh, Disney. Known for its great theme parks that offer incredible food, fun rides and attractions, and must-have merchandise. Disney fans love to collect a variety of Disney merchandise, from pins to Minnie ears, spirit jerseys, popcorn buckets, and more. They also love to head to the Resorts when Disney releases exclusive merchandise.

Unfortunately, scalpers also love to head to Disney Parks for that exclusive merchandise. 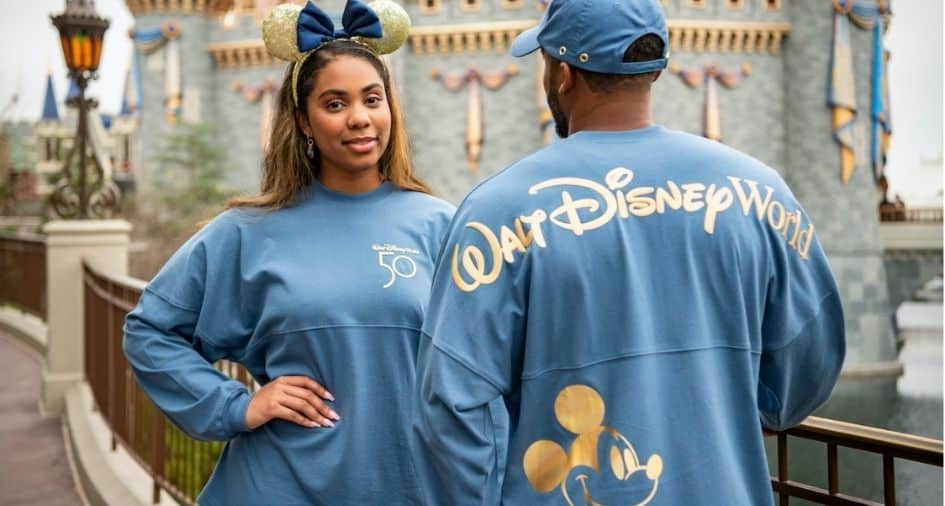 Disney scalpers seem to be growing in numbers daily, and Guests’ frustration seems to be growing with them. On December 13, Walt Disney World Resort released a limited-edition Tiki Mug featuring everyone’s favorite Tiki Room bird, Jose. The mug was only available at Trader Sam’s Grog Grotto at Disney’s Polynesian Village Resort, with a wristband needed for purchase.

Within hours of the mugs launching at Disney World, scalpers had their hands on them and were selling them for triple the price. As with a lot of scalpers, eBay was the place to go if you wanted — and were willing to pay a pretty penny — for one. 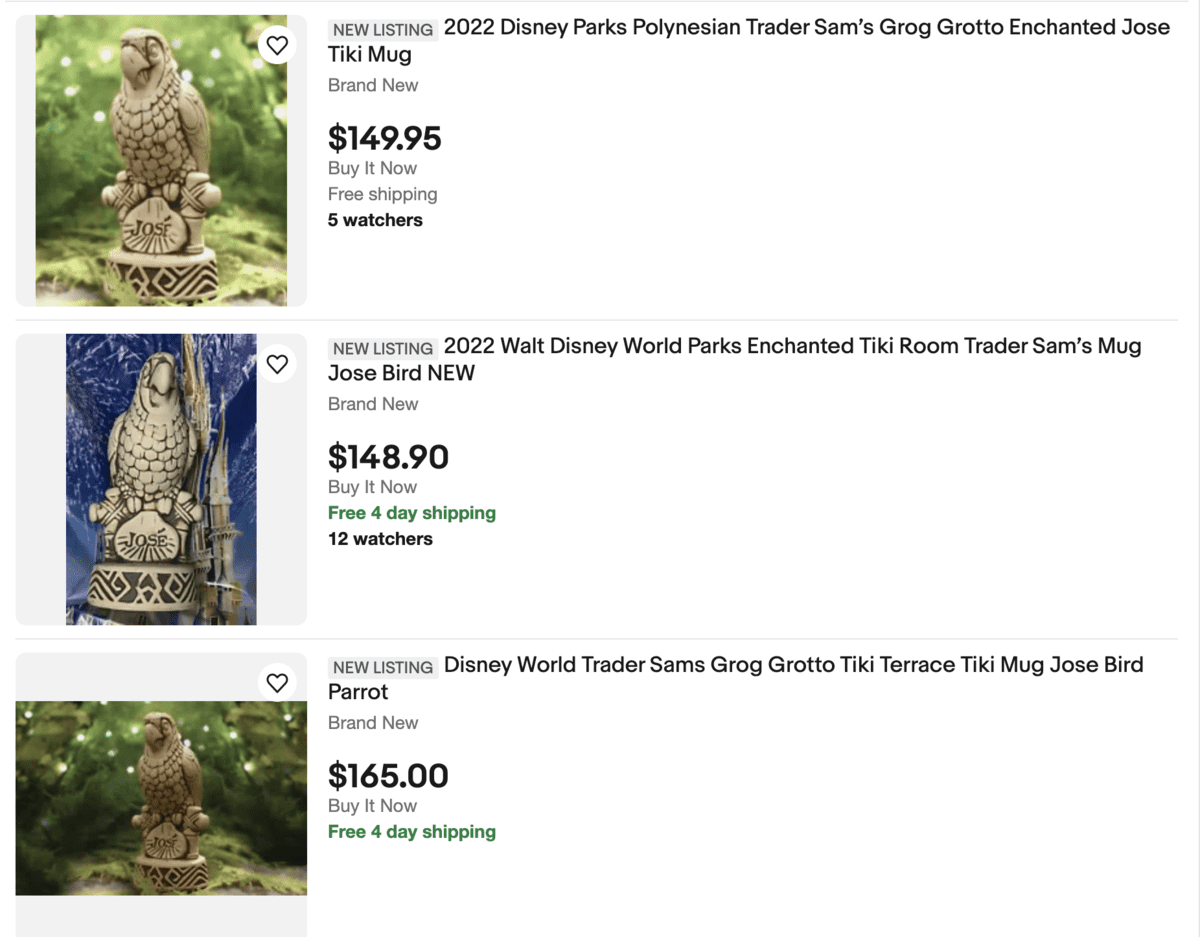 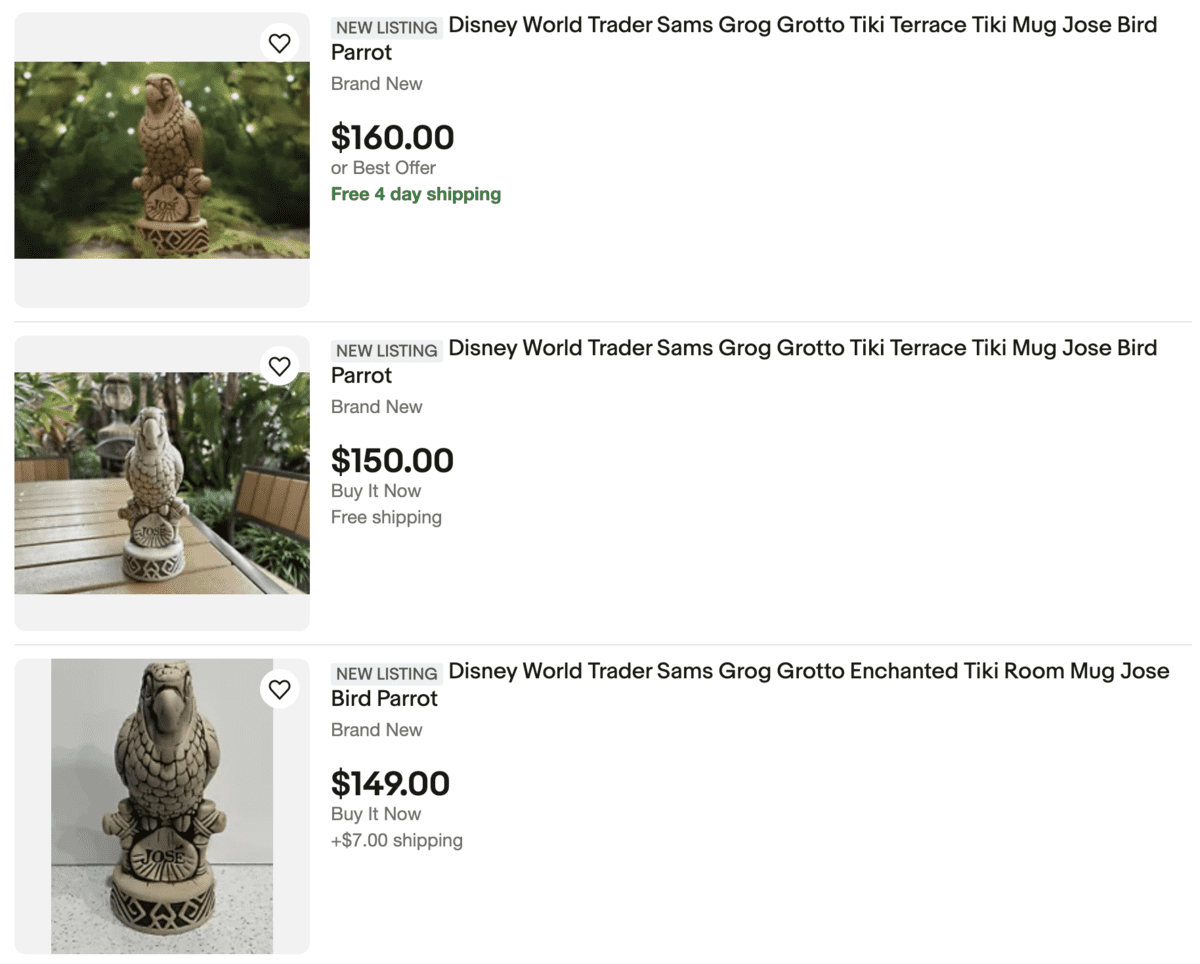 This is just the most recent in a long string of scalpers trying to take advantage of those who love Disney merchandise. Recently, scalpers have descended on Disneyland Resort for the release of the Haunted Mansion Tiki Mug. They have also been coming out in force at Walt Disney World to grab up as much 50th merchandise as they can. 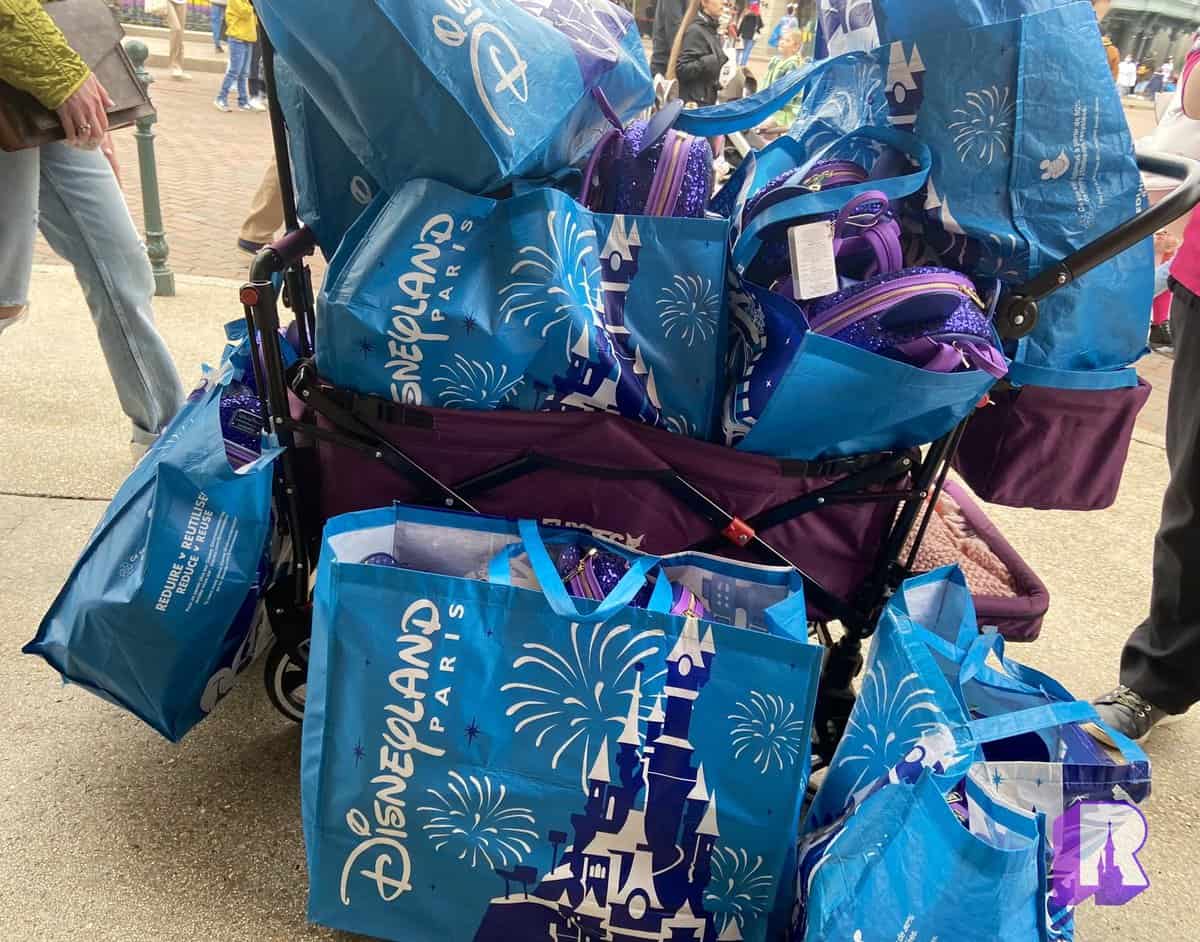 EPCOT celebrated its 40th anniversary in October, and Guests were called out for filling strollers with as much merchandise as they could. Resellers have also been called out at Disney’s foreign Parks — with Paris seeing Guests walk out with literal wagons full of merchandise and Guests at Tokyo Disney were seeing using fake babies to be able to purchase more items.