Fired ‘GMA3’ Anchors Hire Attorneys, Prepare to Fight as They Claim the Issue of Race Was Used Against Them

Former GMA 3 anchors TJ Holmes and Amy Robach say race was a factor in ABC’s decision to fire them from the Good Morning American spinoff show, and as such, they’ve hired attorneys to help them navigate the legal process going forward.

Co-hosts TJ Holmes and Amy Robach of ABC’s GMA3 have allegedly been involved in a romantic affair despite the fact that each is married, but the two insist that their previous relationships had ended before they began to pursue a romantic relationship with each other.

On November 30, 2022, The Daily Mail published photos of the pair as they were photographed being together throughout the month of November. 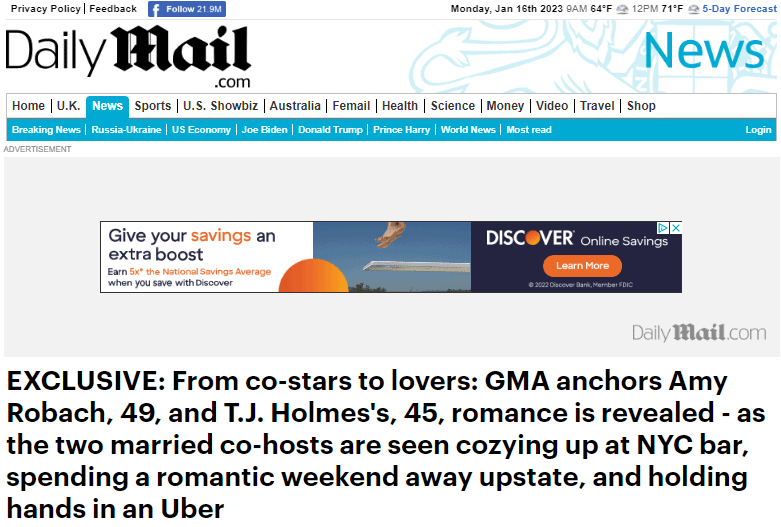 The source went on to say that ABC was in the process of negotiating exit deals with Holmes and Robach and working with them on a formal announcement. Now, both of the newly-removed anchors have “lawyered up,” retaining attorneys to help them navigate the rest of their journeys as they officially leave GMA3, especially now, as there is even talk that the couple feels like the issue of race might have played a role in the network’s ultimate decision to fire both anchors. Amy Robach has hired a respected and well-known Hollywood civil attorney, Andrew Brettler, and TJ Holmes has hired Eric George, an attorney known for his prowess in handling celebrity cases such as these.

ABC had initially said internally that Robach and Holmes would not face disciplinary action as a result of their relationship, but weeks later, the removal of both was publicly suggested as a possible outcome following news of their alleged affair. Part of the ABC internal investigation included looking at whether the couple has violated ABC companies policies, including the company’s morality clause.

After The Daily Mail first published more than 60 photos of the couple, setting into motion a long and involved chain of events, Holmes and Robach seemed “unashamed” and unbothered by the news and reports of their supposed affair. But one reputation expert warned that both could have a long battle ahead of them when it comes to continuing their careers. 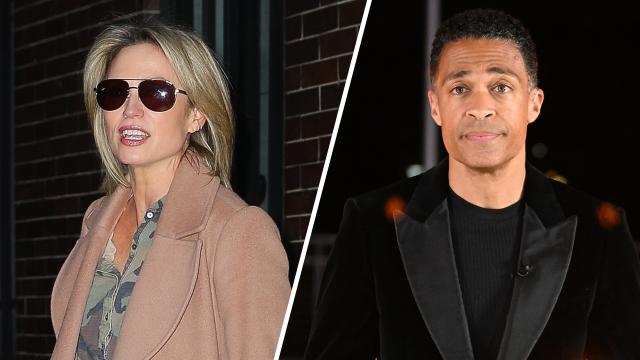 In December, Eric Schiffer, Chairman of Reputation Management Consultants in Los Angeles, said that both Holmes and Robach faced a “horrific short-term set of challenges” in light of their rumored affair and subsequent suspension at ABC.

“It’s a crippling career challenge for both of them at a time at which they were on dopamine, cloud nine because they were doing their dream jobs and also canoodling,” Schiffer explained. “And then to have that flip is likely going to create severe rifts and challenges.”

At this time, it’s not clear what role the couple feels that race may have played in their removal from GMA3, but as both have hired attorneys, it’s possible that more details will come out soon. It is also unclear how ABC will make the announcement that the two will not be returning to their posts on the afternoon show.

This saga is clearly far from over, and there are new developments happening all the time. As such, we will continue to share updates as they become available.

2023-01-16
+Becky Burkett
Previous: Confessions of a Former Disney Commando
Next: Universal Called Out For Yet Another Super Restrictive Ride