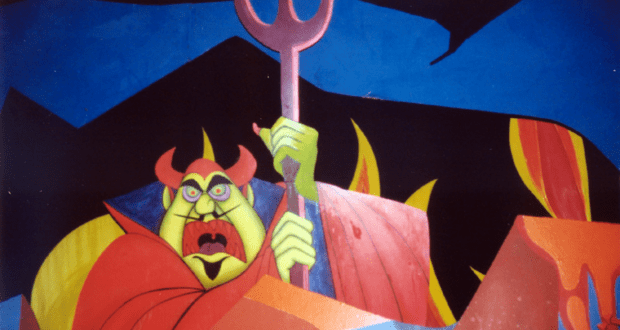 Did You Know: Magic Kingdom Once Had a Ride That Sent You To Hell

Once upon a time Magic Kingdom had a ride like no other…it was a drunk driving race through town that ended in Hell. No, really. Not only that but it was in Fantasyland! Despite the theme, this ride was beloved by all. To this day it holds a special place in many people’s hearts, mine included. 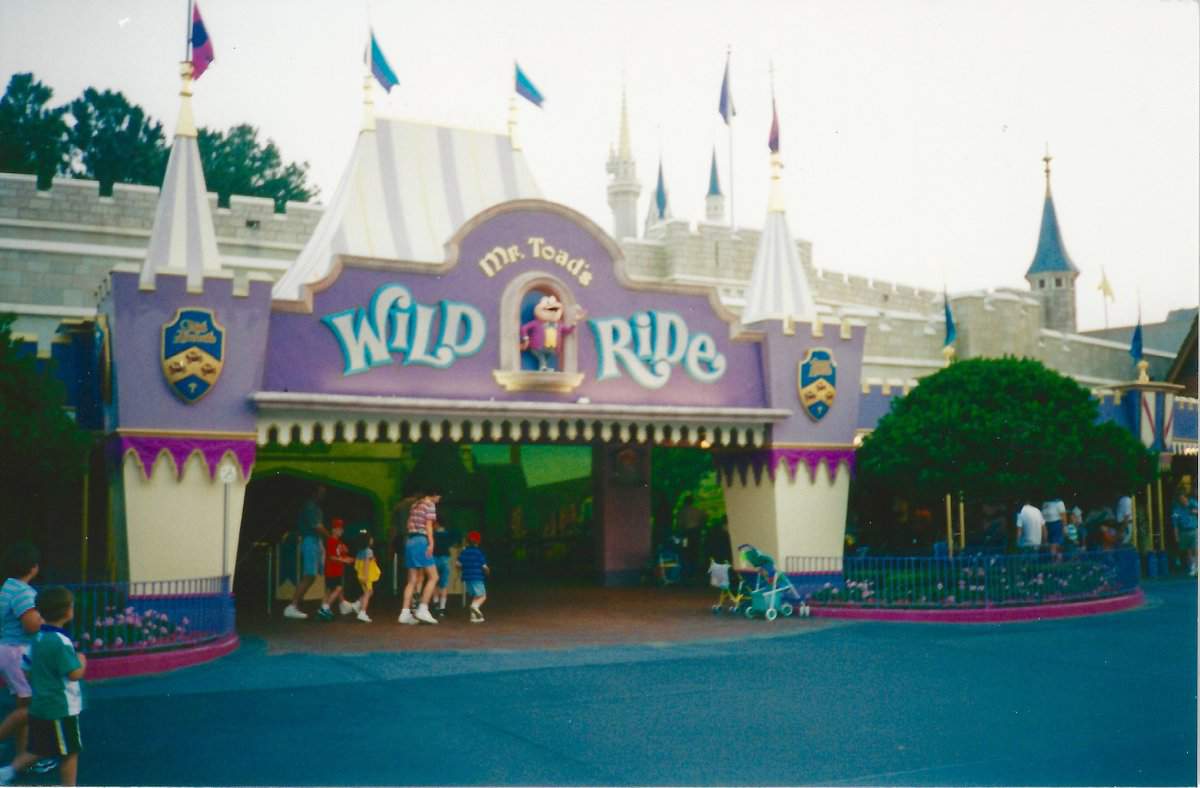 The ride, of course, is Mr. Toad’s Wild Ride and it has a place in both Disney nostalgia and Disney infamy! We couldn’t let our Halloween look at Disney’s creepiest rides and theories go by without paying homage to this now defunct attraction. Defunct is a bit of a misnomer though because a version of the ride still exists at Disneyland. Walt Disney World’s version though was far superior. Rather than being a carbon copy clone of the original, Imagineers i, mproved on the design when it was brought to Florida. Disney World’s version sported two tracks with slightly different experiences, with Track B being more popular than Track A. The Florida version’s storyline made more sense than Disneyland’s as well. It also featured more 3-D scenes as opposed to the mostly two-dimensional cutouts in Disneyland (though after seeing the rides popularity, the California version was updated to include some of those 3-D figures as well). 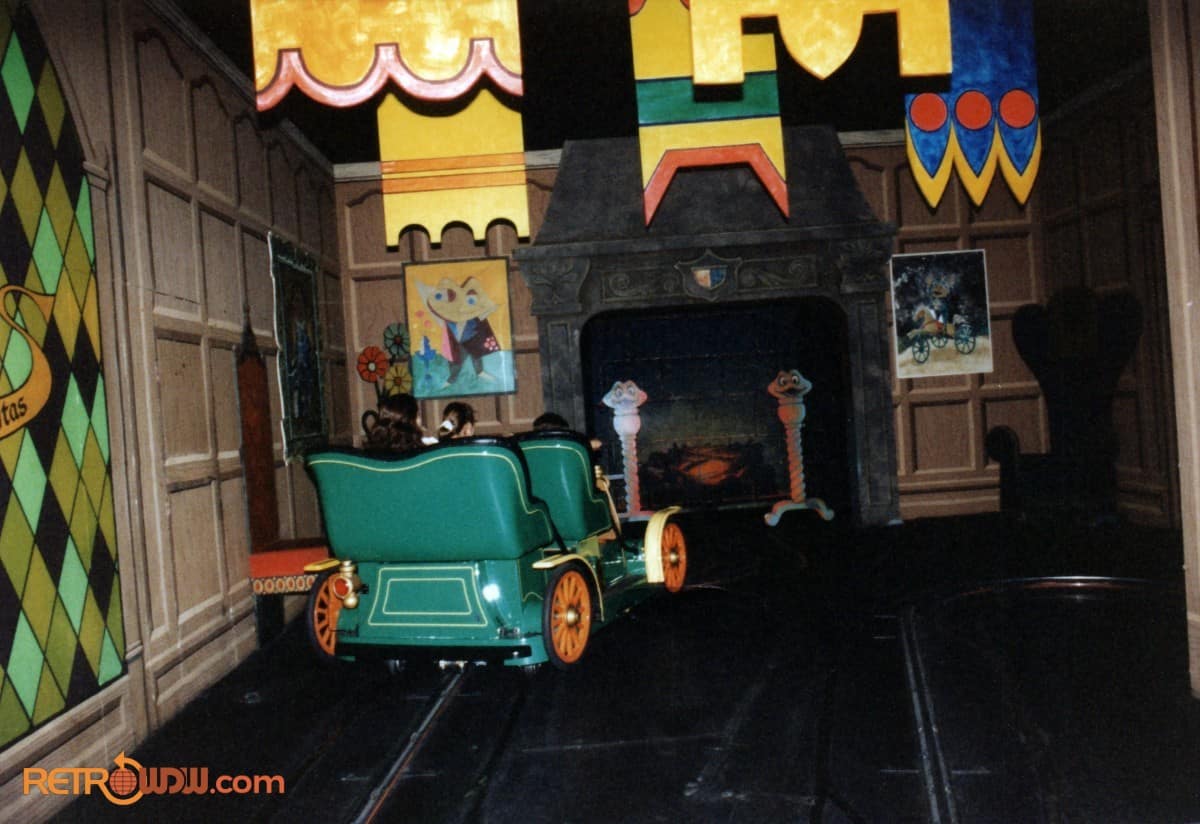 The ride began at Toad Hall and you knew it was going to get wild when you began by driving through Toads family estate, Toad Hall. You then quickly found yourself in Mr. Winky’s bar where you presumably drank yourself silly judging by how crazy it gets from there. 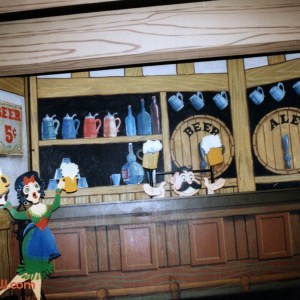 You are soon terrorizing the village and crashing into…well…everything. Eventually you are caught by the police and convicted for your crime and thrown in jail but manage to escape. In a stroke of bad luck (or just desserts depending on your outlook) you have a head on collision with a train and find yourself in Hell. That’s how the ride ended. No classic Disney happy ending here, just a collision course with Hell. 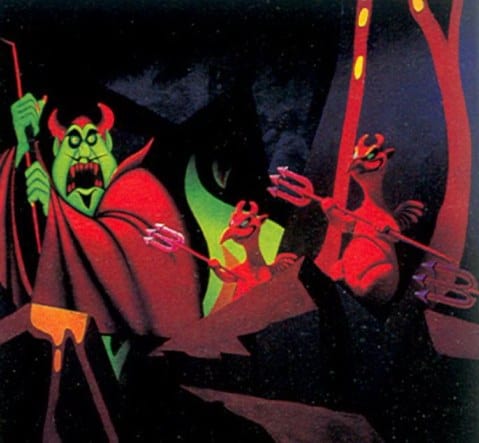 Speaking as a child who grew up riding this attraction (it closed permanently when I was 13), I had no idea what was going on. I’m sure the adults who rode had more than a few questions though. Death and Hell didn’t stop this ride from amassing a huge fan base however. Guests showed up to protest when the ride closure was announced. In pre-social media and Etsy days they showed up in matching t-shirts to try and save the ride. Ultimately they were not successful and Mr. Toad’s Wild Ride was replaced by The Many Adventures of Winnie-the-Pooh, which albeit more family friendly, still manages to come across as a fever dream that still borders on the absurd.

Mr. Toad isn’t completely gone however. He lives on in YouTube videos and Imagineers gave him a gravestone in the Haunted Mansion pet cemetery. His gravestone contains a cheeky epithet that reads, “Here Lies Toad, it’s sad but true. Not nearly as marketable as Winnie-the-Pooh.” Perhaps the Imagineers were just as sad to see Mr. Toad go as we were.

2022-10-20
Jill Bivins
Previous: One Costume is Flying Off the Shelves This Halloween as Fans Show Love for This Actor
Next: Disney Expands Costume Choices for Children With Disabilities