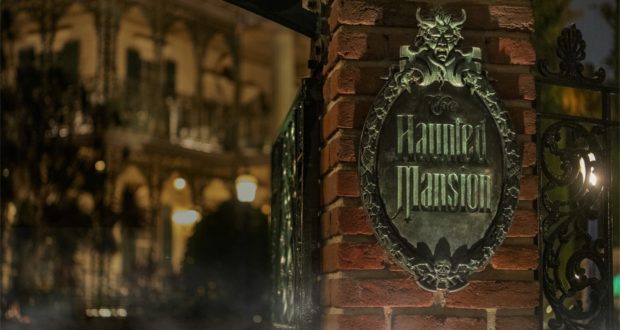 Disney fans are some of the most creative people we know! We love hearing about fan theories and different interpretations of movies and even theme park rides. Building on Disney’s classic storytelling and creating fantastic additions to existing tales is what Disney people do best! While some theories are a bit…out there, others make so much sense that we incorporate them into our experiences.  One such theory is built around The Haunted Mansion. We’re sharing it with you now in honor of the official launch of Spooky Season at Disney Parks. So Sit back, relax, and prepare never to ride The Haunted Mansion the same way again! 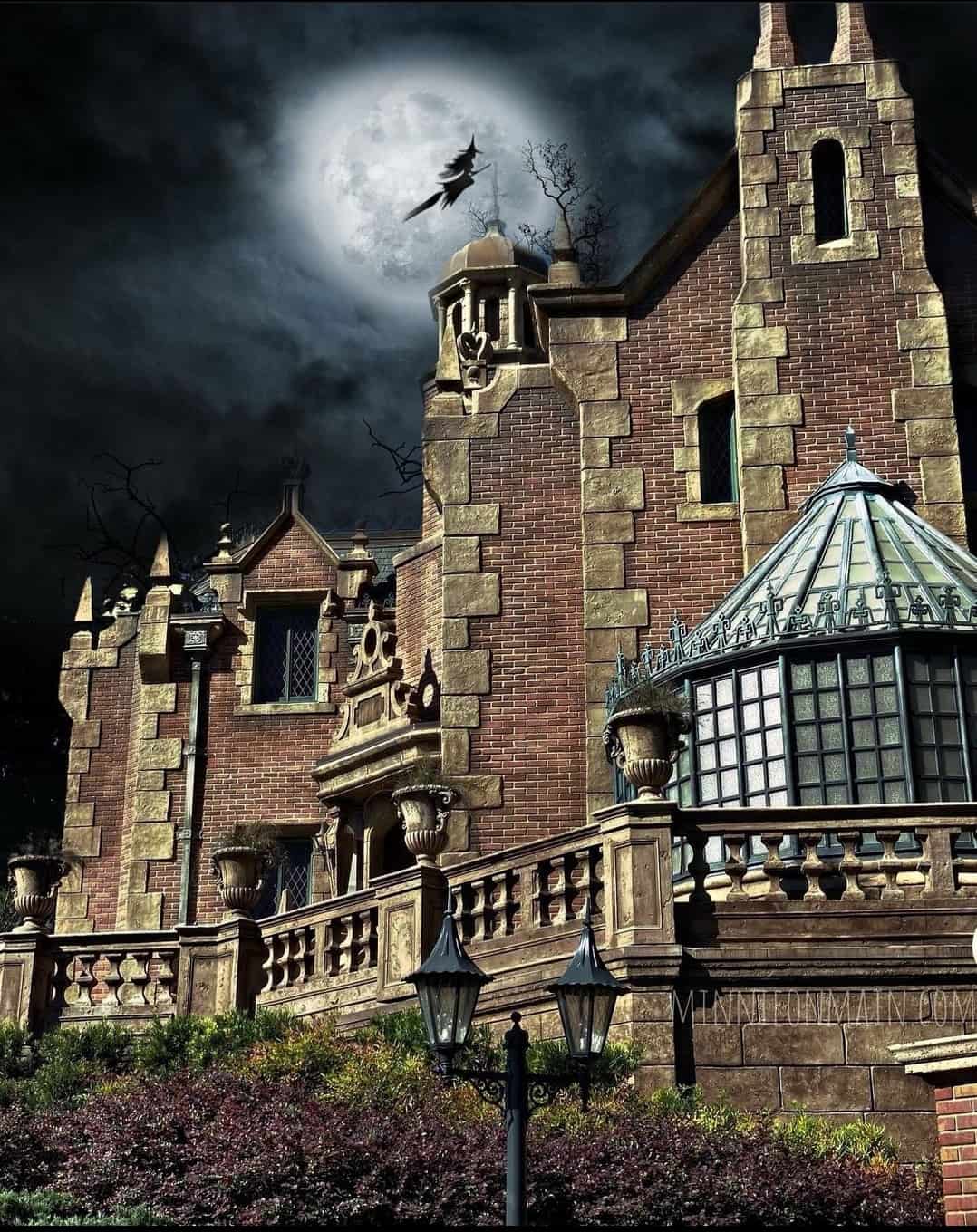 Once you step into the doorless chamber, you’re doomed. No one comes out of Gracey Manor alive. Muahaha! Everything is going well as you tour the library, parlor, and ballroom. It’s even kind of fun. Your fear begins to subside until you meet…her. 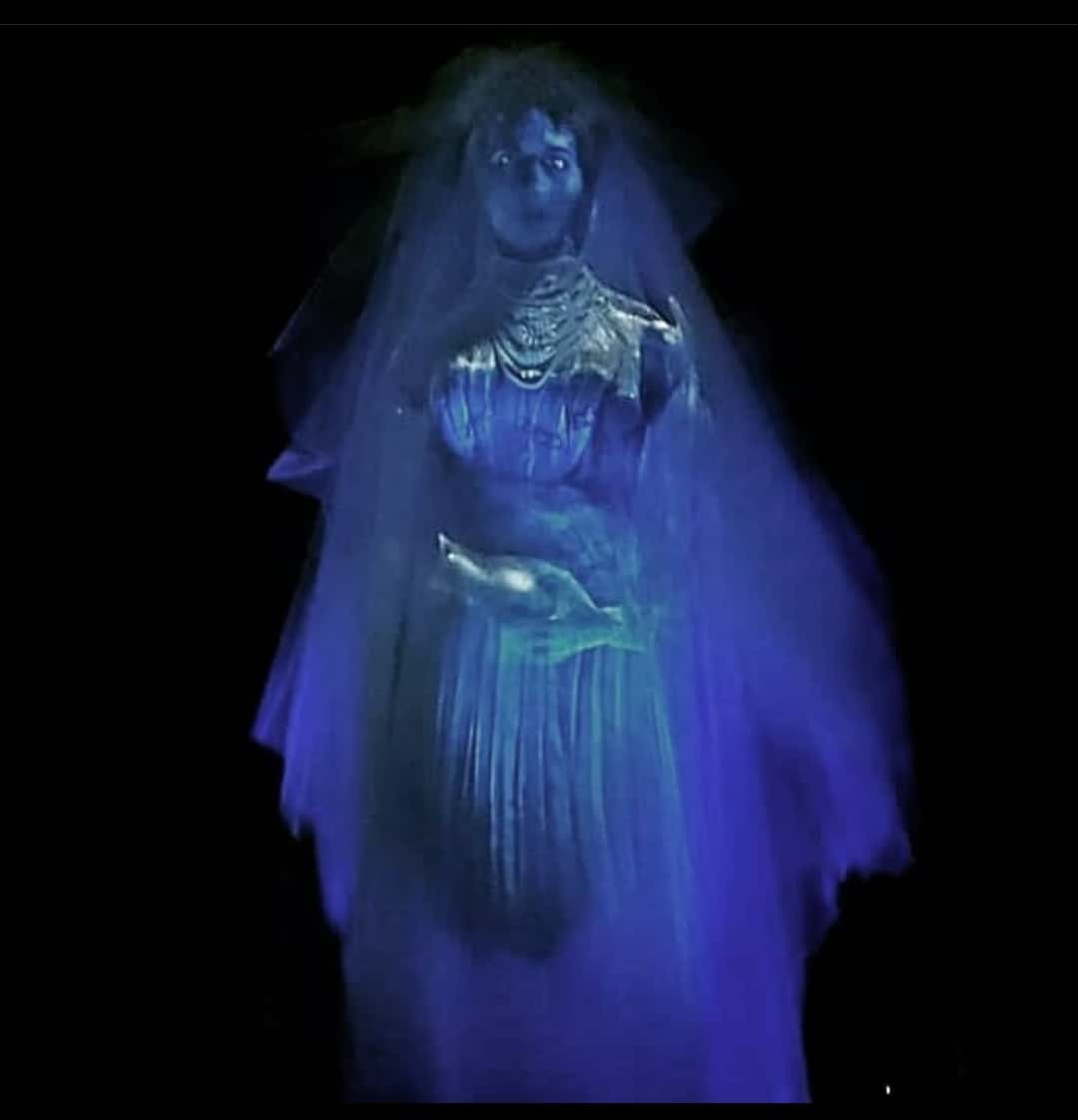 Constance Hatchaway. You’ve heard rumors about her- the black widow. She killed all 5 of her husbands (and got richer with each one). Everyone knew it. Figures she’d end up here.

There’s a murderous gleam in her eye that makes you uneasy. And what’s that in her hand? Your eyes widen with horror as you realize the hatchet she beheaded each of her husbands with has followed her to the afterlife. As you examine the scene, it becomes clear that she still has no remorse for her crimes. Spending her afterlife surrounded by the portraits of her victims, she laughs as she confesses her crimes to you with a cold, calculating voice that makes your hair stand on end. She takes a menacing step toward you, and you scramble to get away. There’s no escape from Constance once she sets her sights on someone, though.

You turn to run for the door to flee the way you came, but you lose your footing. Stumbling backward, you reach for something to catch your fall, but there is nothing. Suddenly you’re falling. In your hurry, you’ve tripped over one of the wedding gifts scattered around the attic and have fallen out of the window.  Where you’ll land is a mystery, but at least you’ve escaped Constance. Or have you? 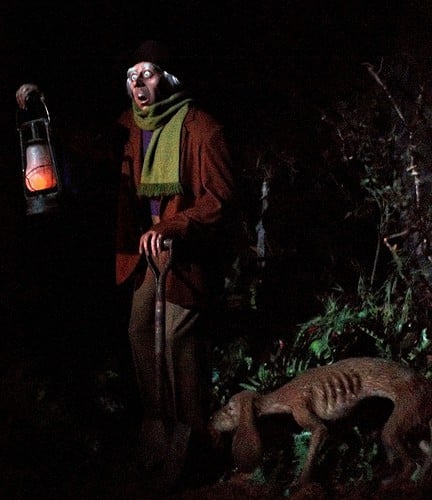 The first person you see once you land looks terrified. It’s the grave digger. Why is he here? And why does he have his shovel? Everyone here is already dead and buried except…you. That is when you realize that falling from the Mansion’s attic didn’t hurt. Why didn’t it hurt? It was a three-story fall. It should have hurt. It should be cold too, come to think of it. The autumn chill sent shivers down your spine as you arrived at the Mansion but now…nothing. That’s when it hits you. You didn’t survive the fall.  All of The ghosts have come out for a swingin’ wake…yours. Your host, Master Gracy, greets you warmly. Gone is his menacing tone from before. Now he is pleased to see you.

The fear you were feeling just moments earlier is gone. “If you can’t beat ’em, join ’em”, you think as you embrace your fate. The wake is the best party you’ve ever been to. Birthday parties have nothing on a death day party! The band plays, the Ghosts sing, and you realize this isn’t so bad. You’re the final occupant. The Mansion has now found its 1000th guest, and the celebration is so wild it could wake the dead, literally. You’ll have to remember to thank Constance the next time you see her.