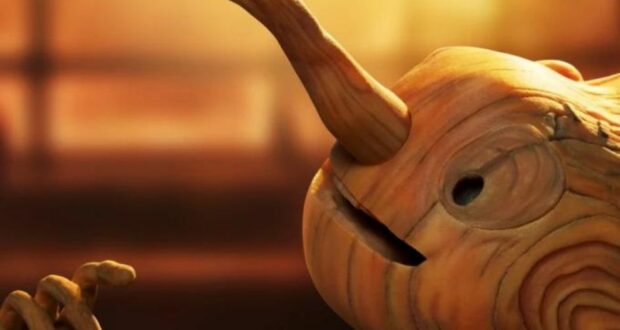 When people think about the classic tale of Pinocchio, they typically think of the Disney movie that came out in 1940. The film told the story of a lonely puppet-maker named Gepetto who desperately wanted a son, so he crafted a young boy out of wood. The boy magically comes to life and — through a series of ups and downs — learns how precious being a real boy is and how much it means to have Gepetto in his life. The animated film was an instant hit that won the Academy Award for both Original Score and Best Original Song — “When You Wish Upon a Star”. 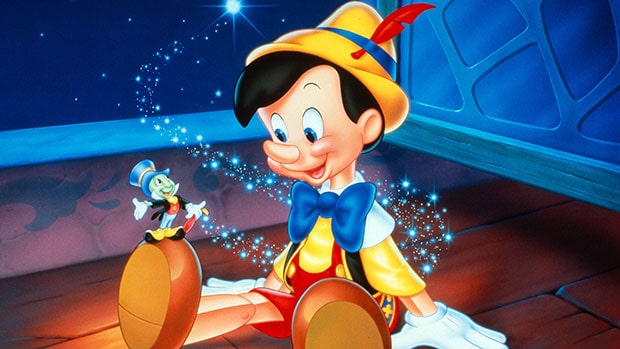 Disney is currently creating a live-action remake of its animated film, but it is not the only studio doing so. The original story of Pinocchio — The Adventures of Pinocchio by Carlo Collodi — has been in the public domain for decades, so another studio has taken the story and given it a unique twist. Netflix teamed up with legendary filmmaker Guillermo Del Toro, and they created their own stop-motion version of the wooden puppet. Netflix’s version of Pinocchio is told by Sebastian J. Cricket, voiced by Ewan McGregor. You can watch the newly released trailer below.

Here is more information on the new film from Netflix, courtesy of The Hollywood Reporter:

The teaser includes Geppetto (voiced by David Bradley) as he carves his wooden boy (Gregory Mann), and glimpses of characters including the Fairy (Tilda Swinton) and Sprezzatura (Cate Blanchett).

Del Toro and Mark Gustafson (The PJs) are directing, and del Toro penned the screenplay with Patrick McHale. Shadow Machine in Portland, Oregon, is the film’s stop-motion production company.

Guillermo Del Toro’s Pinocchio is slated for a limited theatrical release in November in advance of its December debut on Netflix. While Del Toro’s Pinocchio will not be in theaters until November and won’t be on Netflix until December, Disney’s live-action remake is slated to premiere on Disney+ on September 8. The remake will star Tom Hanks as Gepetto, Joseph Gordon-Levitt as Jiminy Cricket, Cynthia Erivo as The Blue Fairy, and Benjamin Evan Ainsworth as the voice of Pinocchio. The film will be directed by Back to the Future and Forrest Gump director, Robert Zemeckis, and the screenplay was written by Simon Farnaby and Chris Weitz.

You can watch the teaser trailer for Disney’s Pinocchio below:

Disney’s Pinocchio remake is the most recent in a long line of live-action remakes that include Beauty and the Beast, Aladdin, Mulan, Cinderella, The Jungle Book, and many more.

Which version of Pinocchio are you most looking forward to seeing?

2022-07-27
Krysten Swensen
Previous: PIXAR’s “Inside Out 2” is reportedly in the works, and here’s what we know so far
Next: Bernard Is Back! David Krumholtz Is Returning For New Disney+ Series