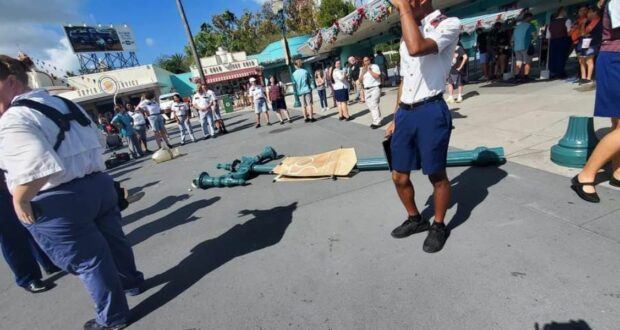 Lamppost Breaks and Falls Into Street at Disney’s Hollywood Studios

When Guests visit Walt Disney World Resort, they are whisked away to a magical place where they can meet princesses, dine in castles, and stay in fantastical hotel rooms that allow them to sit on their balcony and watch giraffes roam. For many, Walt Disney World Resort is a place where nothing bad can happen, but it is still in the real world, filled with real people, and real problems. 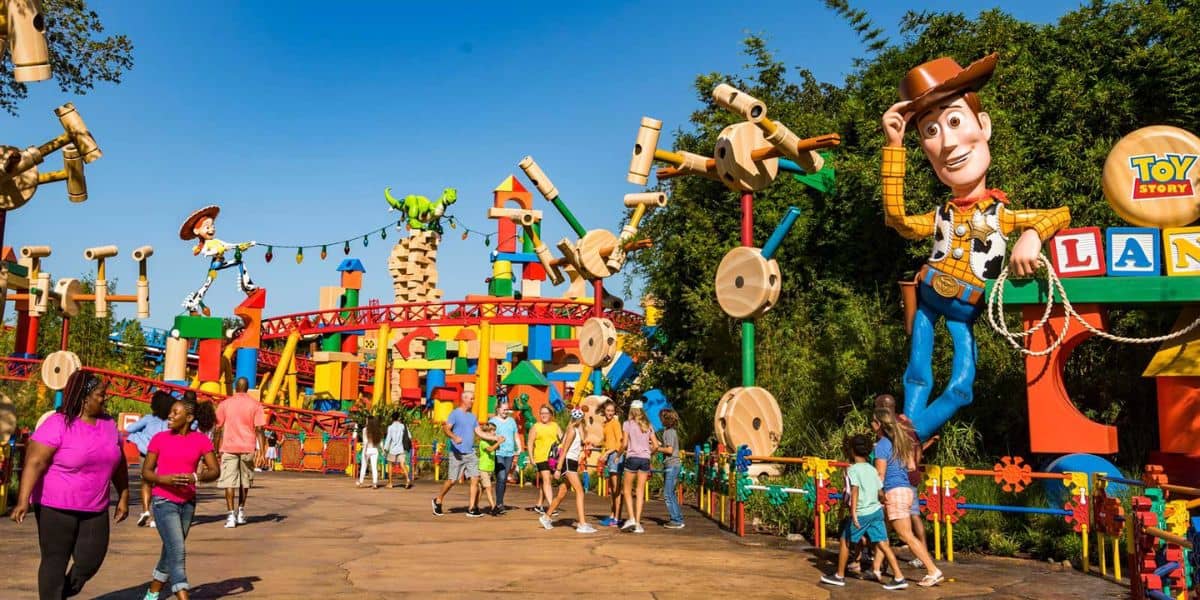 Brynn Walter-Schreader was one of those Guests visiting Hollywood Studios when she saw something unexpected and shocking. Just after the turnstiles that get you into the theme park, a large lamppost was lying on the ground, surrounded by shattered glass. The lamppost had broken off of its base and crashed to the ground, right in the middle of the street where Guests walk to make their way to other parts of the popular theme park. Cast Members surrounded the lamppost and shattered glass to protect Guests and prevent them from walking over it.

As you can see from the above picture, the lamppost didn’t break from the bottom of its base — it broke above the base, so who knows how long the post has been wearing away and weakening.

According to various reports, the lamppost has either been replaced or repaired, and it is back up, lighting the way for Guests entering the Park.

This is not the first time in the past couple of months that something major has broken during Park hours at Disney’s Hollywood Studios. In late September, the facade of Keystone Clothiers — which is located right on Hollywood Boulevard — collapsed. Luckily, no one was injured in that incident either.

To many, these collapses, in which someone could have been seriously hurt, are simply one more way that Disney is losing its magic, charging people more for less, and neglecting the Parks.

2022-11-07
Krysten Swensen
Previous: Disney Cruise Ships Forced to Alter Course Due to Strong Subtropical Storm
Next: James Cameron Says ‘Avatar’ 4 and 5 May Be Canned If Sequel Doesn’t Do Well