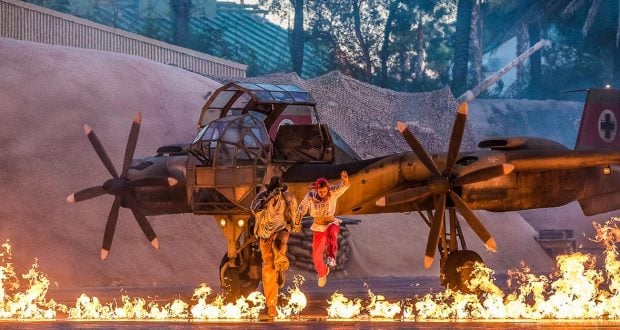 Long Lines in Disney’s Hollywood Studios? Enjoy These Experiences Instead! 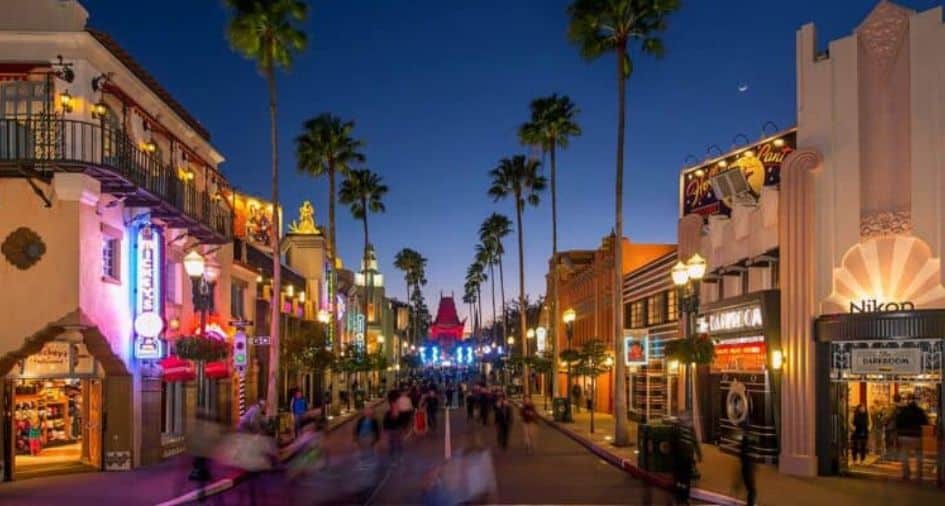 While these popular attractions throughout Disney’s Hollywood Studios are always busy, Guests can use services like Disney Genie+ or Individual Lightning Lane selections to help avoid the worst of the lines. Another strategy to avoid spending most of a day in line is by enjoying other experiences and attractions throughout the Disney Park that are rarely ever crowded. Whether because of their location or because Guests tend to just overlook them, these experiences are the perfect options to enjoy to avoid long lines on a busy day in Disney’s Hollywood Studios. 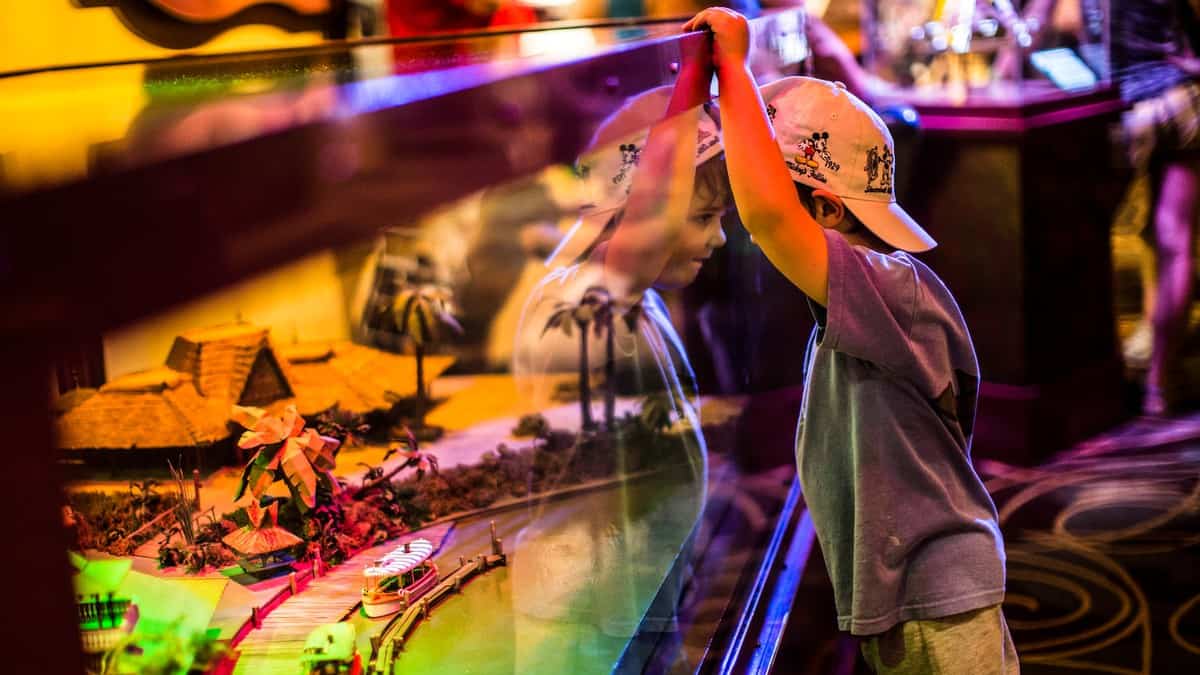 Just before the main entrance to Toy Story Land, Guests can find Walt Disney Presents, a wonderful and immersive gallery that celebrates the life and legacy of Walt Disney. The first half of this experience is a walkthrough exhibit that features artwork, props, models, photos, and so much more that share the history of Walt Disney’s life, as well as the Walt Disney Company. Guests can spot incredible items and learn more about the legend before heading into a theater to enjoy a short film titled One Man’s Dream, which shares even more about Walt Disney with a wonderful narration by Julie Andrews. 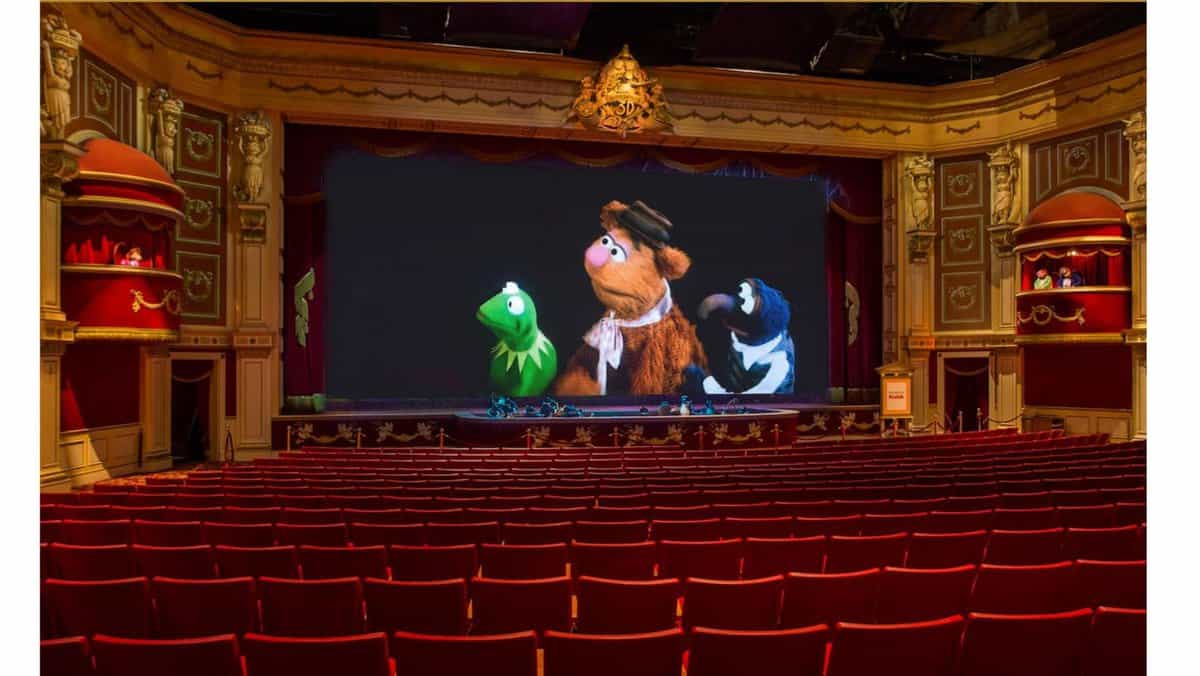 While many Guests love The Muppets, the hilarious group is often overlooked in the Grand Avenue area of Disney’s Hollywood Studios, where Muppet*Vision 3D is located. This hysterical and unique show is rarely ever crowded and features a lengthy preshow where Guests can check out high jinks and humor as favorite characters prepare for the show. Once inside a large theater, the 3D production begins and Guests are invited to tour Muppet laboratories before things descend into general chaos. Muppet*Vision 3D features special effects, big laughs, and groan-worthy moments that Guests definitely shouldn’t miss out on! 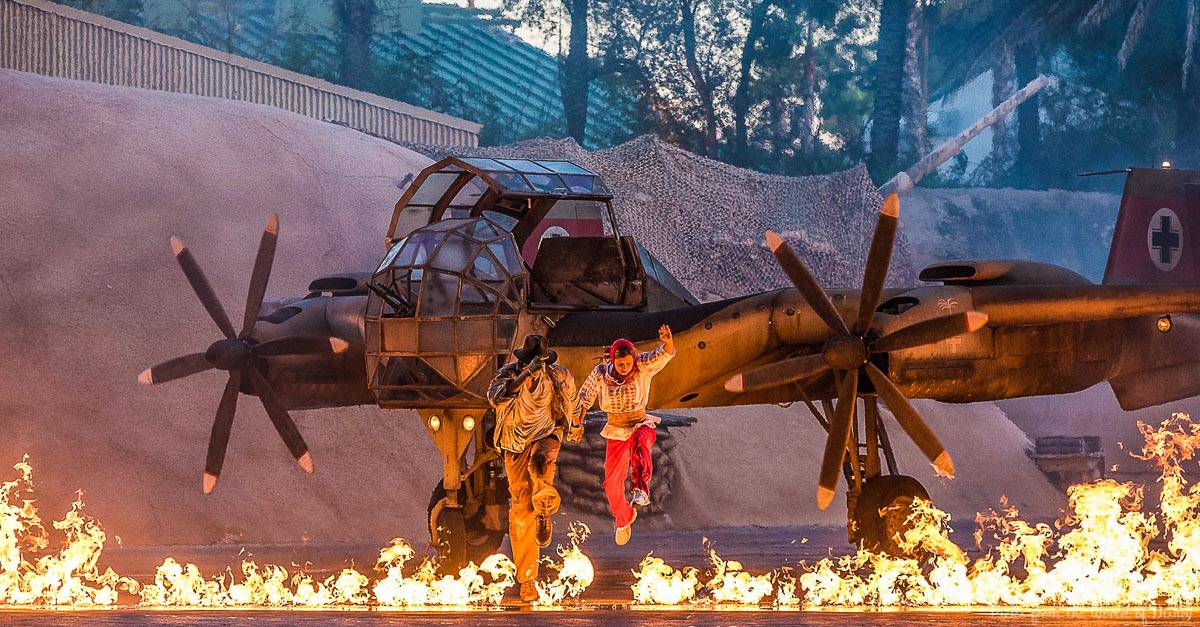 Disney’s Hollywood Studios is home to several live performances that run throughout each day, including the Indiana Jones Epic Stunt Spectacular!, which can be found in a large outdoor theater in the Echo Lake area of the Disney Park. This live show focuses on recreating iconic scenes from the Indiana Jones film series before breaking down the stunts for Guests and showcasing how they are safely and efficiently created. With huge production numbers, favorite characters, and really interesting moments where the stunts are broken down, Indiana Jones Epic Stunt Spectacular! is a wonderful way to avoid crowds and be entertained on a crowded day in Disney’s Hollywood Studios. 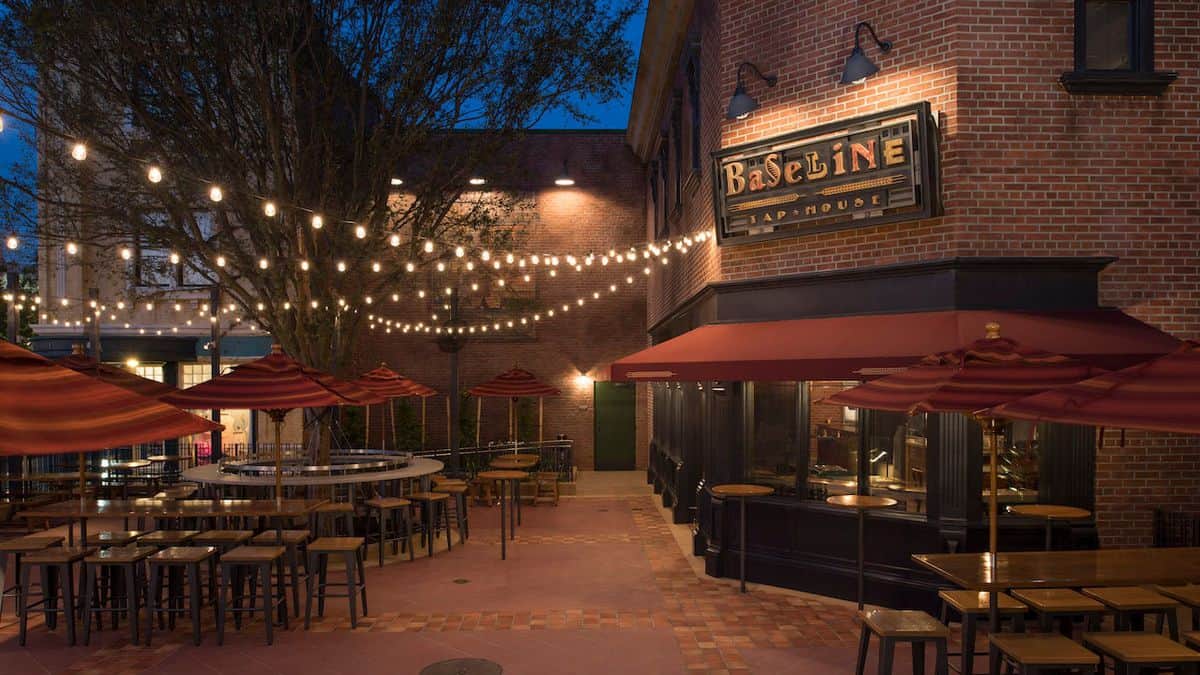 Guests who are looking for the chance to escape the crowds and relax for a bit have an excellent location in BaseLine Tap House. This lounge can be found in the Grand Avenue area of the Disney Park and features a laid-back atmosphere complete with a small interior featuring exposed brick and limited seating and a large outdoor patio with picnic tables, overhead string lights, and cooling fans. The menu at BaseLine Tap House features beer and wine on tap from California as well as several delicious small bites including the Bavarian Pretzel and the California Cheese & Charcuterie Plate. 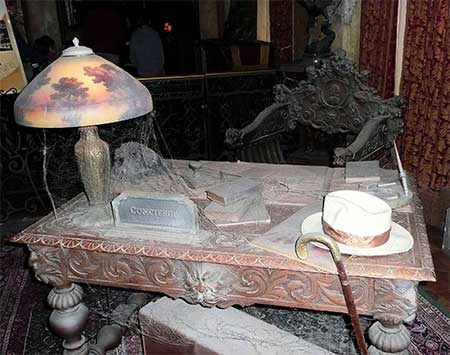 Disney’s Hollywood Studios is absolutely filled with incredible details and theming that many Guests tend to overlook in their rush to get to popular attractions and experiences. A great way to slow down on a busy day in the Disney Park and check out some of these details is by enjoying a Hidden Mickey hunt. Hidden Mickeys can be found literally everywhere and can feature Mickey or any other popular character in full silhouette, partial body, or three concentric circles for Mickey’s head. Spotting Hidden Mickeys is fun for Guests of any age and a great way to check out more of the Disney Park that often goes overlooked. 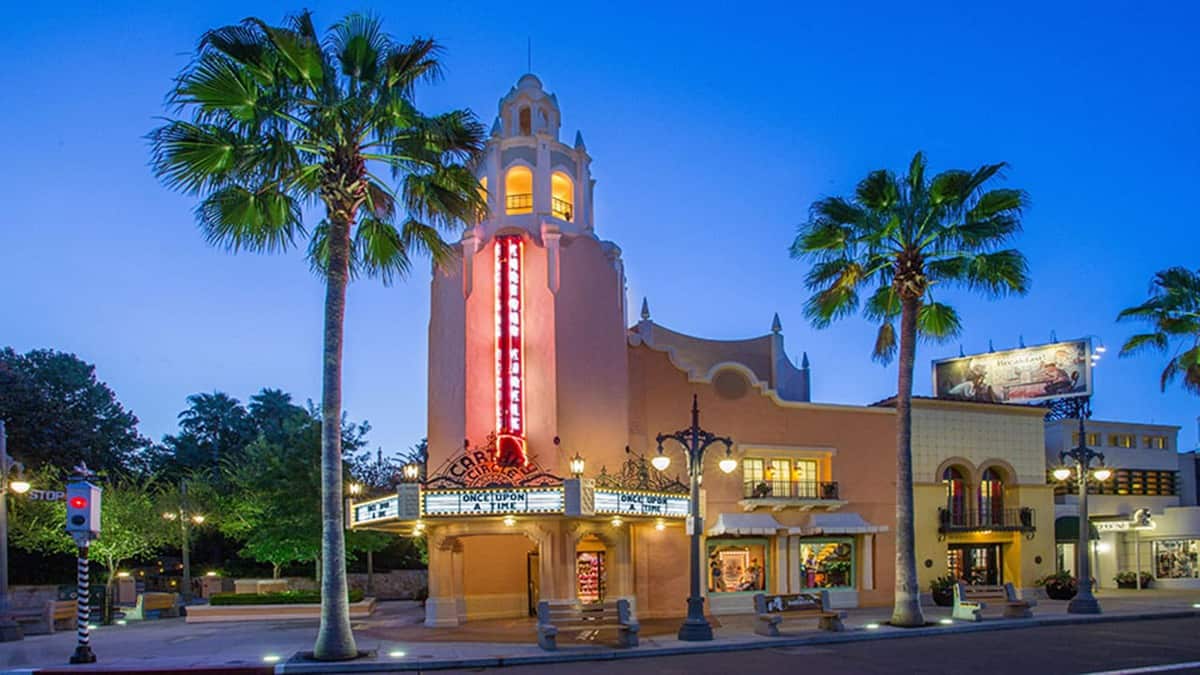 Another incredible way to appreciate the stunning details of Disney’s Hollywood Studios is to slow down and check out the unique and immersive architecture found throughout each area. Many of the buildings found on Hollywood Boulevard, Sunset Boulevard, and in Echo Lake are based on real-life locations that once existed in Hollywood, and the details can truly make Guests feel as though they have been whisked back in time to the West Coast. Similarly, Toy Story Land and Star Wars: Galaxy’s Edge feature some incredible architectural details that make the areas feel that much more immersive, and taking the time to check out the details can help make any day in the Park that much more enjoyable. 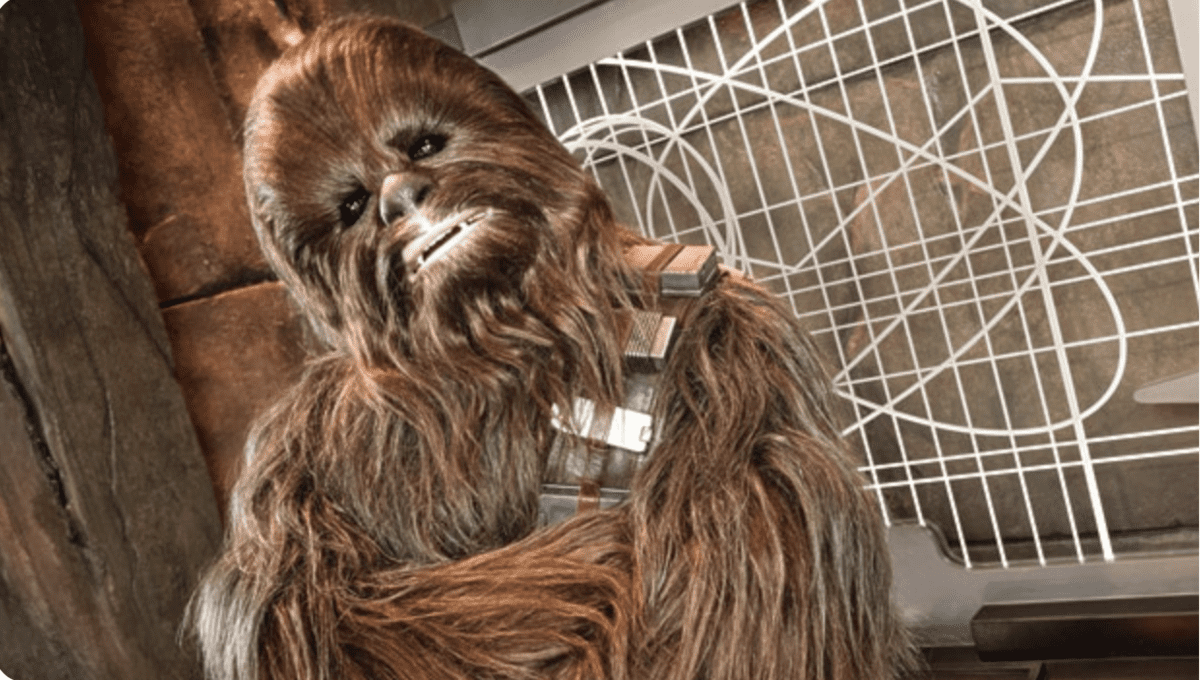 Star Wars fans absolutely have to spend a ton of time exploring Batuu in Star Wars: Galaxy’s Edge, but the popular area can be extremely crowded thanks to attractions like Star Wars: Rise of the Resistance and Millennium Falcon: Smugglers Run. Instead of fighting the crowds, Guests can opt to instead head to Star Wars Launch Bay, a unique experience in the Animation Courtyard that offers a behind-the-scenes look at the beloved films, series, and characters. Guests who spend time at this walkthrough exhibit can check out costumes, props, models, small sets, artwork, and more, before meeting their favorite characters including Darth Vader, Chewbacca, and BB-8. 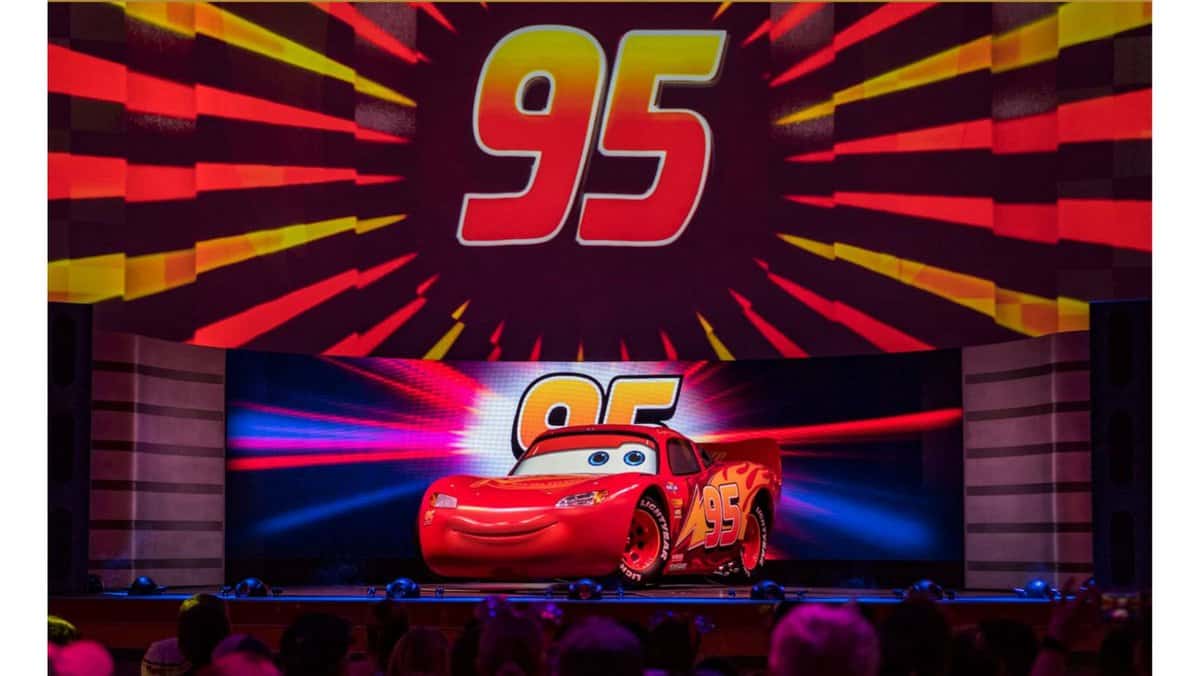 The final experience that Guests should enjoy on a busy day in Disney’s Hollywood Studios can be found at the very end of Sunset Boulevard behind The Twilight Zone Tower of Terror and Rock ‘n’ Roller Coaster Starring Aerosmith. Lightning McQueen’s Racing Academy features state-of-the-art immersive technology, where Lightning himself invites Guests to check out his training in a simulator. Guests are immediately in the middle of the racing action when an old rival shows up and challenges Lightning to a race, where other familiar faces pop up along the way. Lightning McQueen’s Racing Academy is a fun and entertaining attraction that many Guests often overlook in Disney’s Hollywood Studios, but it rarely has a wait, making it ideal for a crowded day.