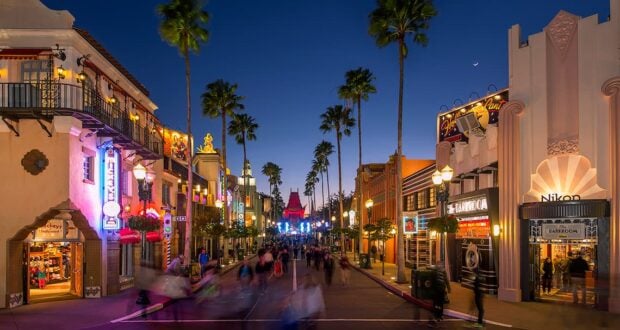 Disney’s Hollywood Studios was a chaotic scene today when a portion of popular store Keystone Clothiers collapsed. The collapse happened this morning when a part of the wall around the building’s door fell off, as seen in the photo below. Additionally, some of the wall facade around the side, as well as a light fixture, also came tumbling down. 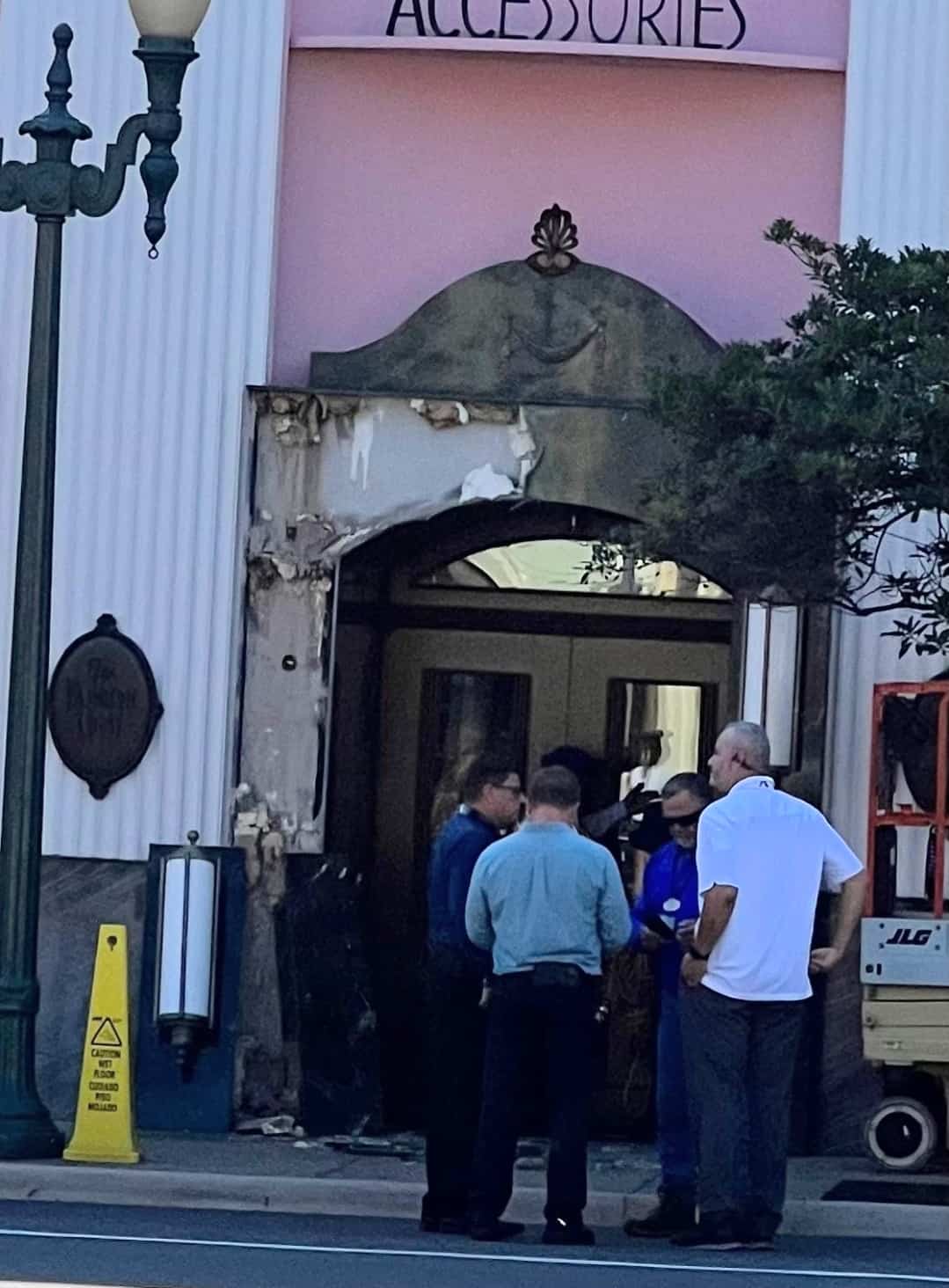 The collapse did not prevent the park from continuing operations, though the entrance was backed up this morning as a result of the building’s failure. It is unclear at this time what caused the building to crumble as it did.

The building is located on Hollywood Blvd, which is the main thoroughfare from the Park’s entrance to the rest of the park. Much of the area is closed to guests forcing traffic to follow alternate routes to get around the park today. Security guards can be seen keeping guests out of the area and away from the damage while maintenance personnel are busy trying to solve the problem.

Disney is not likely to confirm a cause. However, we can reasonably assume it was not a weather-related incident. Despite foreboding forecasts, the weather around Walt Disney World is currently not a factor. 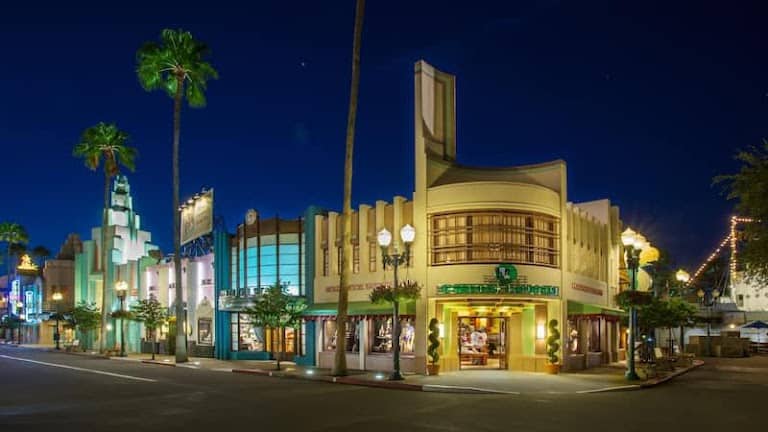 Keystone Clothiers was completely refurbished after a lengthy closure in 2019 and was only opening for just a few months before COVID forced Disney to shut down temporarily. In 2020, the shop remained closed longer than most shops at Hollywood Studios due to the COVID shutdown, reopening in October, three months after the rest of the park.

Currently, the store predominantly sells Marvel and Star Wars merchandise. This merchandise can be found in several locations throughout the Park, so the store’s closure (and likely immediate refurbishment) will not be an inconvenience to guests.

There have been no reports of any injuries to guests or Cast Members as a result of the collapse. This is a developing story, and we will continue to update you as more information becomes available.

2022-09-26
Jill Bivins
Previous: Head To Amazon For This New and Adorable Carousel of Progress Merch!
Next: Disney World to Remain Open as Florida Prepares For Hurricane Ian 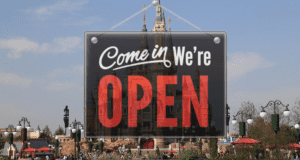