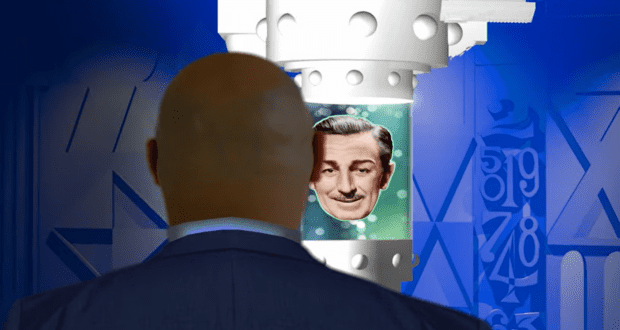 Imagineers unfreeze Walt’s head, and he’s furious with Bob Chapek over the destruction of his beloved parks

In a new short film released by Small World Moving Pictures on YouTube, animation is used to depict Bob Chapek in a heated conversation with the unfrozen head of Walt Disney about recent changes to Disney Parks. 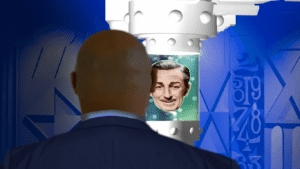 Walt begins by telling Chapek that he loved Disneyland and that it cost him his life savings, life insurance, and a second mortgage to build it. No one believed in his idea, but, Walt says, “I knew I had something special,” to which Chapek responds, “a real cash cow!”

RELATED: On the way: The Wonderful World of Disney gambling, brought to you by Bob Chapek and ESPN

“I wanted to build a place where families could go and have fun together,” Walt goes on.

Chapek is stunned silent, as though that’s a concept around which he just can’t wrap his head, but Walt continues by telling Chapek that he didn’t mean “just rich families, but all families.” 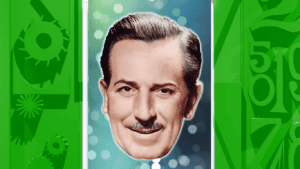 Walt brings up the newest gadget in the Chapek-era toolbox: the idea of a pay-to-play system, a very obvious reference to Genie+ and Lightning Lane, and Chapek grows exceedingly happy as he talks about how the system is really just a ploy to make more money with little benefit for Guests. 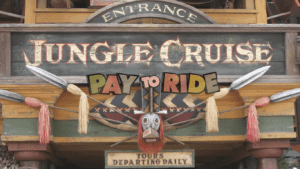 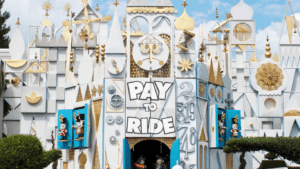 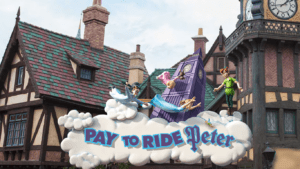 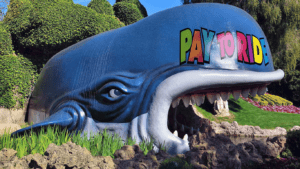 “Our primary goal was always to create an intolerable line,” Chapek exclaims.

He tells Chapek that he doesn’t think he’s a bad person exactly, but that “Disney is a wonderful place, not a financial behemoth run by a bunch of money-grubbing baffoons!”

The music in the background grows, and Walt finally tells Chapek, “It’s time for you to get the hell out of here!” 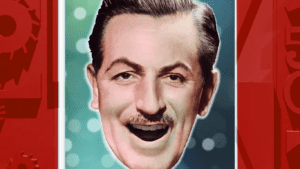 We won’t spoil the ending for you, but let’s just say good always wins.

There are a few parts to the movie that we don’t care for, including the reference to Walt’s frozen head and a couple of sexual references. But the premise and point of the short movie are on point: a growing majority of fans are not happy with the continual price hikes coupled with a succession of perk reductions. Many do not applaud the shift in the company’s focus. 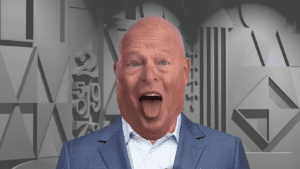 RELATED: We’re busting up an age-old myth about one of Disney’s most icon figures once and for all (hopefully)

And we know this artistic expression of frustration with Chapek and The Walt Disney Company won’t yield any termination notices for Mr. Chapek. We live in corporate America, and the one thing that speaks–and louder than all else–is money. When profits begin to drop and revenue streams begin to run dry and Disney+ subscriptions fall and the parks stop filling up, then maybe they’ll listen.

We understand that Disney is, at its core, a business, and the name of the game is profits, but when companies increase profits and simultaneously exclude large groups of people from ever even having the opportunity to experience that business’s offerings, well, they’ve just gone too far.

Disney has always been a pioneer, but we never dreamed that the charge to exploit Guests, to create an environment of, and comfort with, elitism, and to exclude many from the magic would be led by Disney. 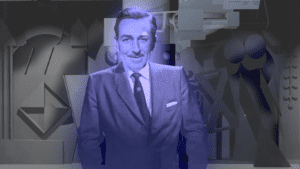 The creator of the film, Tom Crossman, shares a brief explanation of the film along with his thoughts about the switch in Disney’s goals–from Walt’s dream of creating a place where families could enjoy time together to a place where admission has become nearly unattainable for many families:

“I was fortunate enough to go to Disneyland all the time when I was a child. Now I think about the family of 4, who have just scraped together enough money to make the trip. $900 for the hotel, $800 for admission, $200 for food and drink. After all that, they’re hit up for the hidden expenses, $80 for Genie +, $120 paying for individual attractions. Both of which are really required to have that one perfect day with your family. Many people don’t have the money to go back again and again. But they have kids, and Disneyland is almost a childhood requirement.

Disney has had many creative people managing it over the years, but now it’s accountants and lawyers, and there’s no attention being paid to the value and trust in the brand “Disney”. All design and creativity is being dictated by market research and accumulated data. Bob Chapek has taken it to a new level. Robert Iger is also responsible, but he wisely allowed his creative people to make creative decisions. And everything here is being planned for the Disney Parks. Walt Disney World has launched, and Disneyland Paris is already charging individual fees for all their formerly fast pass attractions – including Peter Pan’s Flight. This is really about management’s nickel and dimming customers at every turn. It’s one thing to charge a high admission fee (and of course, they do), and quite another thing for them to be hitting up Guests constantly for basic things they’ve always been able to do. Guests are being treated as ATMs. “I’d like to withdraw another 20 please”.

Walt didn’t want alcohol served at Disneyland, because he didn’t want it to be like a carnival. Disney management has now started serving alcohol, because, hey, there’s a buck or two in it! Is it the end of the world? No. But this is a company that has no regard for the forward-thinking of its creator. It’s true that Walt mortgaged his home and sold his life insurance to build Disneyland. His brother Roy was very hesitant in his support of Disneyland, and his wife Lillian said, “Why would you build an amusement park? They’re so dirty.”. He was also famous for asking everyone to call him Walt. So when he asks Bob to call him Mr. Disney, he’s showing his disdain.”

How do you feel the creator did in getting his message across? Do you agree or disagree with his thoughts about Chapek and his poor leadership?

2021-11-19
+Becky Burkett
Previous: Disney Will Air TWO Christmas Specials This Year!
Next: What the Avengers Would Order at Starbucks