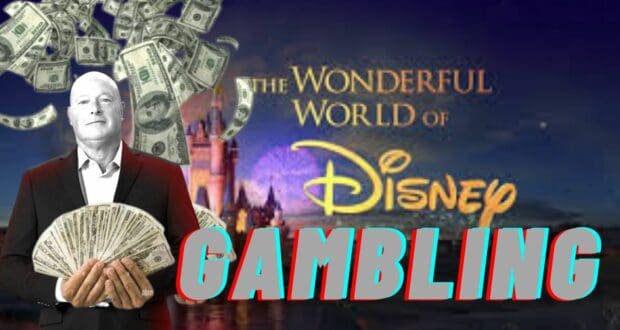 ON ITS WAY: Disney’s Wonderful World of Sports Betting, brought to you by CEO Bob Chapek and ESPN

The Walt Disney Company is betting on Mickey Mouse. Looking to place a wager. All-in on working toward expanding Disney to the sports betting arena. However you want to say it, Disney is “aggressively” pursuing the development of a sports betting room in the big fat House of Mouse. 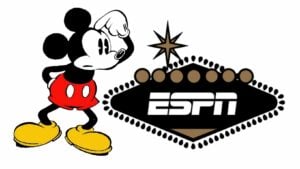 Oh, and it’s in talks to add NFL Sunday Ticket to its ESPN line-up. (You know, creating its own additional feeder streams of willing participants, also known as gamblers.)

RELATED: This ESPN channel will go dark at year’s end

We’re not sure if Bob Chapek really loves football and sports wagering, but we’re willing to bet the farm that there’s big money in both for Disney; otherwise, the prospect of adding gambling to the Disney empire wouldn’t be on Chapek’s radar. During last week’s fourth-quarter earnings call, Chapek spoke boldly about Disney’s efforts toward cultivating a sports betting extension of Walt’s beloved company.

“We’re moving towards a greater presence in online sports betting, and given our reach and scale, we have the potential to partner with third-parties in this space in a very meaningful way,” Chapek explained during the call.

Yeah, “a very meaningful way” can only mean one thing: lots of green…

Last week’s earnings call brought into the light some of the company’s shortcomings during its fourth quarter, including a lower-than-expected increase in new Disney+ subscribers, yielding a 7% dip in the company’s shares prices. To that end, some execs say adding more less-than-family-friendly content to the platform is the answer. (For those in the back of the room, that’s R-rated content, which the platform currently is committed against.) 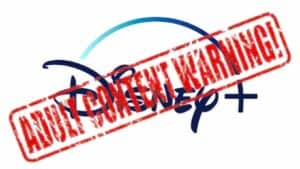 RELATED: Adult Content on Disney+: Disney Execs reportedly battling it out over the prospect

But another revenue stream for the Mouse could be with sports. Over the previous fiscal year, the number of ESPN+ subscribers increased by 66%. In addition to that, during that same time period, 90% of the most-watched programming on Disney-owned television networks was sports-affiliated, mainly sporting events. The one drawback was that revenue from ESPN’s advertising stayed flat. 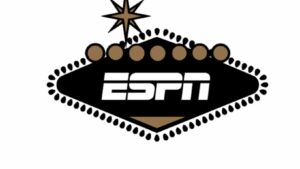 “We do believe that sports betting is a very significant opportunity for the company, and it’s all driven by the consumer,” he explained. “It’s driven by the consumer, particularly the younger consumer that will replenish the sports fans over time and their desire to have gambling as part of their sports experience.”

Excuse me, Mr. Chapek, why so generalized in your commentary? Not all “younger consumers” have the “desire to have gambling as part of their sports experience.” I should know. I live in Dallas, and until this season, we all would have lost our shirts if we were betting, at least if we were betting in favor of the Cowboys. (Sorry, ‘Boys.)

“Disney must seriously consider getting into gambling in a bigger way, and ESPN is a perfect platform for this.” Chapek maintains, even using the word “must” to illustrate Disney’s lack of choice in the matter, we suppose.

According to an article at Forbes.com, Disney has already taken the first steps into the arena of sports wagering. Think of it as the Mouse’s dabbling in gambling, “just to see.”

“[Disney] has already tested the waters. Last year, ESPN cut deals with Caesars Entertainment and DraftKings to link to their sportsbooks from ESPN.com. In August, Wall Street Journal reported that ESPN was in discussions to explore a potential brand licensing deal with Caesars Entertainment or DraftKings that could be worth $3 billion. A big question is how exactly Disney, through ESPN, will get in on the gambling action.”

In September, Chapek was asked if Disney would eventually skip just licensing and get right into the action of hosting wagers, to which the less-than-liked CEO had a perfect political response. 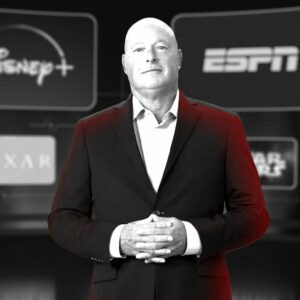 Not many could stand up to such pressure, especially when you consider that Mr. Chapek also has the support of the United States Supreme Court in his back pocket, according to Forbes.

“Since the U.S. Supreme Court struck down a ban on sports betting in 2018, 32 states and Washington, D.C. have launched legal markets and the industry is on fire and flush with cash. Americans bet $24 billion with legal sportsbooks in the first half of 2021, according to data from the American Gaming Association, which translates into roughly $2 billion in gross gaming revenue. By 2030, the industry is expected to produce $30 billion in revenues off an estimated $400 billion in total wagers, according to Macquarie Research. Media companies—from Fox to Sports Illustrated—have already cut deals with sports betting companies.”

“Gambling, sports wagering in particular, has moved out of [the vices] world,” Dienst said. “I think it’s part and parcel to the culture of how people engage with sports.”

Oh, we see. We’ve justified it, become comfortable with it. As a society, we’ve decided that gambling really isn’t that bad after all; is that it? So that makes it okay. And does Disney have any moral issues or concerns with gambling? Well, they thought about it, but then blew it off. And of course, Chapek says no. (Hint: there’s too much money to be made with it and too much to be lost without it.)

In fact, Chapek says sports betting will have absolutely no bearing on the Disney name.

“Gambling does not have the cachet now that it had, say 10 or 20 years ago, and we have some concerns as a company about our ability to get in it without having a brand withdrawal,” said Chapek. “But I can tell you that given all the research that we’ve done recently, that that is not the case. It actually strengthens the brand of ESPN when you have a betting component, and it has no impact on the Disney brand. Therefore, to go after that demographic opportunity plus the, of course, not insignificant revenue implications, that is something that we’re keenly interested in and are pursuing aggressively.”

I wonder what Walt would say.