IT’S NOT TRUE! We’re busting up an age-old myth about one of Disney’s most iconic figures once and for all (hopefully)

There’s a rumor going around this fall that the world’s most famous animator will be re-animated before Christmas.

Wow, just when we thought the most ridiculous Disney rumor of all time couldn’t get any more ridiculous…well, it has. We’re talking, of course, about Walt Disney being in cryogenic suspension, or less formally put–the rumor about Walt’s body being frozen. 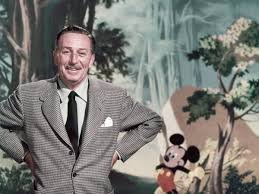 When you have an empire as large and as far-reaching as Disney, you’re bound to have urban legends and myths pop up here and there.

Disclaimer: This news article is filled with facts. It is also filled with opinion, independent thought, and respect for a man who has gone on, and for those things, this writer does not apologize.

Those who know the rumor best say it’s actually difficult to know exactly when it began.

There was apparently a reporter who, shortly after Walt’s death, made claims that he was able to sneak into St. Joseph’s Hospital in Burbank, California, where Walt was being cared for in his final days. The reporter claimed to have also been able to disguise himself as an orderly (today, we would call that a nurse’s aide). He then claimed to have broken into a storage room inside the hospital where he supposedly saw Mr. Disney’s body in a cryogenic cylinder.

I should mention the reporter worked for a known tabloid paper called The National Spotlite.

I’ll be honest; I see the word “tabloid,” give a slight roll of the eyes, and move on with my life.

I’m sharing this story with you today because a post recently shared to a Facebook page called “Disney After Dark” features the headline: “55 Years After His Death, Walt Disney’s Frozen Body Will Be Thawed December 2021 In An Attempt To Bring Him Back To Life.” 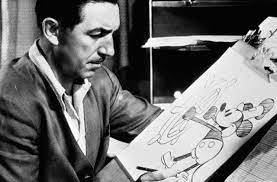 I’ll give them this: it’s a rumor that’s still being circulated more than a half-century later, so when it comes to staying power, I suppose this nonsense gets an A+.

But let’s break this down once and for all–bust up this unfathomably ridiculous myth, if you will.

First of all, hospitals are not places of cryogenic suspension. The reporter from the Spotlite did great with his dates. That’s because cryonics was in its infancy, no, its gestation still, when Walt Disney passed away. At the time of Walt’s death, no human being had ever been “frozen.”

Secondly, let’s talk about this “re-animating of the animator” nonsense. Even if Mr. Disney had been placed in cryogenic suspension, we still do not have the capabilities for re-animation (bringing someone back to life after freezing). 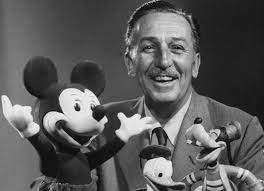 Dennis Kowalski, President of the Cryonics Institute, a non-profit based in Michigan, says that the majority of cryonicists have two things in common: first, they are sci-fi enthusiasts, and they are optimists.

He says cryonics is “100 percent not possible today.”

“We’re not at the zenith of all of our knowledge right now,” he continued, “and we certainly have more to learn and to discover in the future.”

That’s not to say it won’t be possible someday. There’s no way for us to know that right now, but, as Mr. Kowalski says, right now, bringing someone back to life after he or she has been in cryogenic suspension is not yet a possibility. The subject takes humankind into issues of morality, ethics, legalities, and beliefs about Heaven and the afterlife, and for the purposes of this piece, I won’t dive into or swim around in any of the aforementioned.

Rumor mills, you now stand at 2 and 0. Wanna try for 3 and 0? That can be arranged; I just happen to have that third point up my sleeve. Here it comes:

Not only did Walt pass away a month before cryonics was able to take its first patient; now we know that the President of the Cryonics Institute admits we do not yet have the capabilities for re-animation. And now, let’s take into account our beloved Walt’s resting place.

This is a photo of Forest Lawn Memorial Park in Glendale, California.

It’s a beautiful place that has the honor of hosting the remains and memories of many of Hollywood’s most beloved royalty, including actresses June Allyson, Lauren Bacall, Mary Pickford, actors George Burns, Bob Cummings, Sammy Davis, Jr., Chico Marx, Will Rogers, Red Skelton, and Spencer Tracy. Also interred there are authors L. Frank Baum (The Wizard of Oz) and Louis L’Amour and singer Michael Jackson.

Walt Disney is interred in the Court of Freedom Section, Garden of Freedom, Map #G43, the Little Garden of Communion. (That’s the quasi-legal description of his final earthly resting place.) 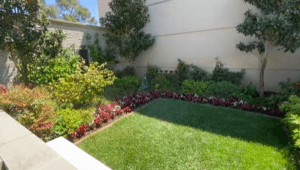 Disney’s resting place is in a small private garden to the left of the entrance to the Freedom Mausoleum. It’s a beautiful, serene location at Forest Lawn in Glendale at which Walt and his wife are both interred, as well as another family member. 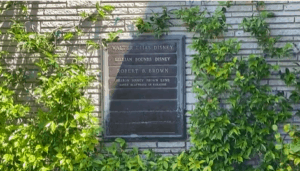 We hope that this helps to put to rest any questions about Walt’s remains. Who knows why these types of legends began in the first place? Sometimes they seem to be perpetuated by those who have a distaste for the success of the Disney name.

But today, as I was writing this piece, I wondered if the idea of Walt’s suspension might have had its beginnings within the mind of someone who couldn’t imagine a world without Walt, and quite honestly, didn’t want to. 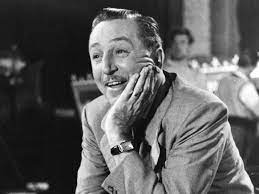 Perhaps that person or persons dreamed up the idea at the time because it seemed so futuristically hopeful, that the idea of Walt being frozen now for re-animation later provided the hope they needed to process the profound loss that the world no doubt felt on December 16, 1966 and in the days, weeks and months following. 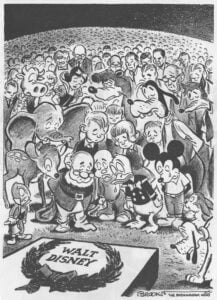 Regardless, out of respect for the departed and those from whom he departed that remain today, I hope we can move past the rumor and put more appreciation into his legacy that remains than we put energy into discussing the location of his remains.