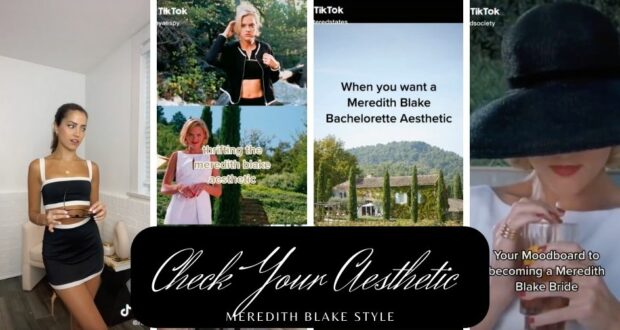 We know Disney Villains as the ultimate evil, wreaking chaos and doing the unthinkable in our favorite Disney movies. Sure, most of us have a list of our noteworthy villains that we consider the most stylish (Cruella), most volatile (Madame Medusa) most relatable (Maleficent), most chaotic (Madame Mim), or the biggest goofs (Horace and Jasper), but overall, we cheer for the heroes and not the villains in Disney films.

Would you be surprised if I told you that this trend may be changing? Yes, a certain Disney Villain is being mentioned a lot these days on TikTok and Instagram. The Disney bad girl returning to the spotlight may come as a surprise. The reason her name is being dropped on the regular is even more surprising.

We are talking about the villain from one of my favorite live-action Disney movies — Meredith Blake from The Parent Trap. Meredith Blake was dreamy dad Nick Parker’s 26-year-old money-hungry fiancé that (nearly) weaseled her way into the Parker family while Hallie Parker was at summer camp. 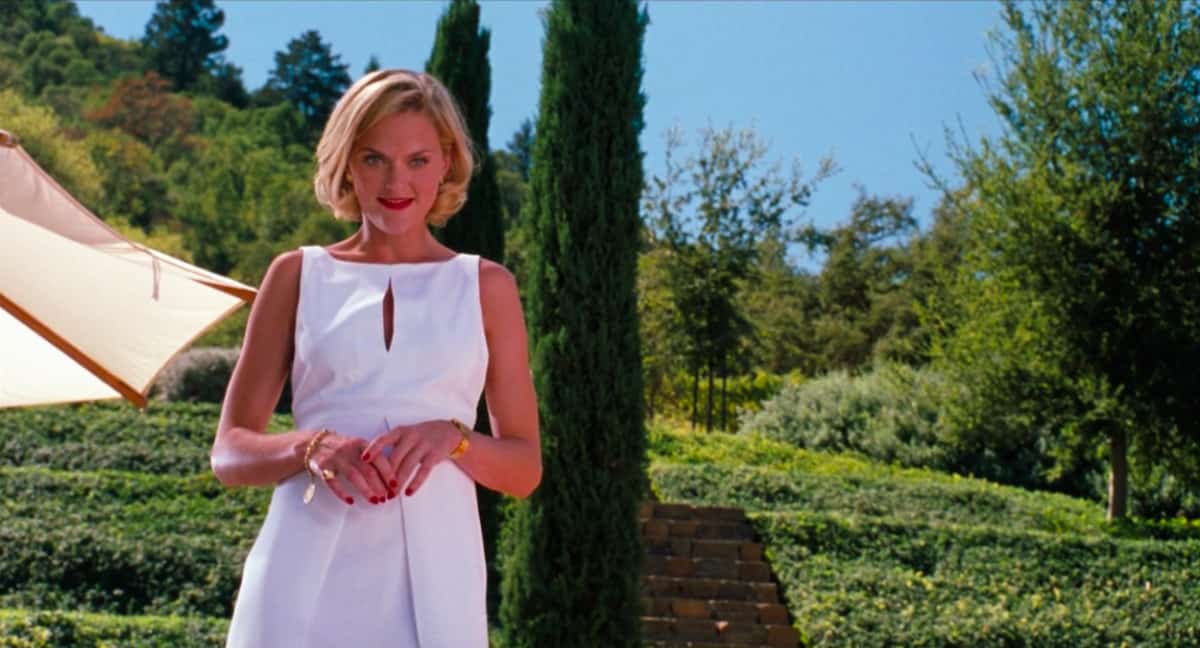 We know Meredith as the beautiful blonde publicist hired to brand Parker Knoll winery in the 1998 remake of The Parent Trap. In just a few short weeks while Hallie was away at Camp Walden, Meredith moves from contracted employee to fiancé by cozying up to wealthy Dad, Nick Parker. Meredith is sly, beautiful, and effortlessly chic. Always putting on the guise of cool and kind in front of Nick, Meredith feels threatened by sassy Hallie (or maybe it’s Annie) and famously retorts with threats about shipping her off to boarding school in Switzerland.

Of course, the promise of Meredith’s marriage to Nick Parker comes crashing down when twins Hallie and Annie succeed in reuniting their parents and rekindling the flame between Nick and Elizabeth. Meredith is left high and… not so dry (after all, she rolls into the lake on the sabotaged camping trip) at the end of this Disney movie.

So why is Meredith Blake on people’s minds decades after she starred in The Parent Trap? It seems this Disney Villain is finally getting the spotlight for what she did well, namely her iconic style. You’ll find #meredithblakestyle trending this summer on TikTok with outfits, home, decorating, and entertaining inspiration. Intermingled with trends like #oldmoneyvibes and #coastalgrandmother, this aesthetic conveys an upscale luxury feel intermingled with sleek and feminine understated touches.

Montages of outfit stylings, bougie thrift hauls, or sleek gold and black dinner table designs dotted with white wine and martinis are frequently paired with iconic audio from the film. “I think your mother would prefer if you called me Meredith. And no, thank you, I do not eat trout, for the thousandth time.”

♬ Am I the Same Girl (Remastered Version) – Dusty Springfield

TikTok creators make videos that range from achieving the Meredith Blake look on a budget through Goodwill shopping and thrift hauls (@tonyaespy), to snapping up chic new pieces at retailers like Reformation that give an MB vibe (@roseeelo). The “Meredith Blake Vibes” or “Meredith Blake Aesthetic” searches are turning heads enough to reach beyond TikTok and into entertainment news outlets.

Even girl’s trips and bachelorette parties are getting the Meredith makeover thanks to creators like @sisterstates. Vacations in Napa, a chic tailored blazer over a sleek black dress, and lounging poolside in a classic black one-piece swimsuit all invoke the vibes this aesthetic is known for.

If you are looking to channel your inner Meredith Blake, think less-is-more elegance. Beautiful but simple gold jewelry with a specific statement piece like a bold gold necklace or large pearl earrings are a solid choice. Don’t get too crazy with color. After all, Meredith owned the room in neutral colors. 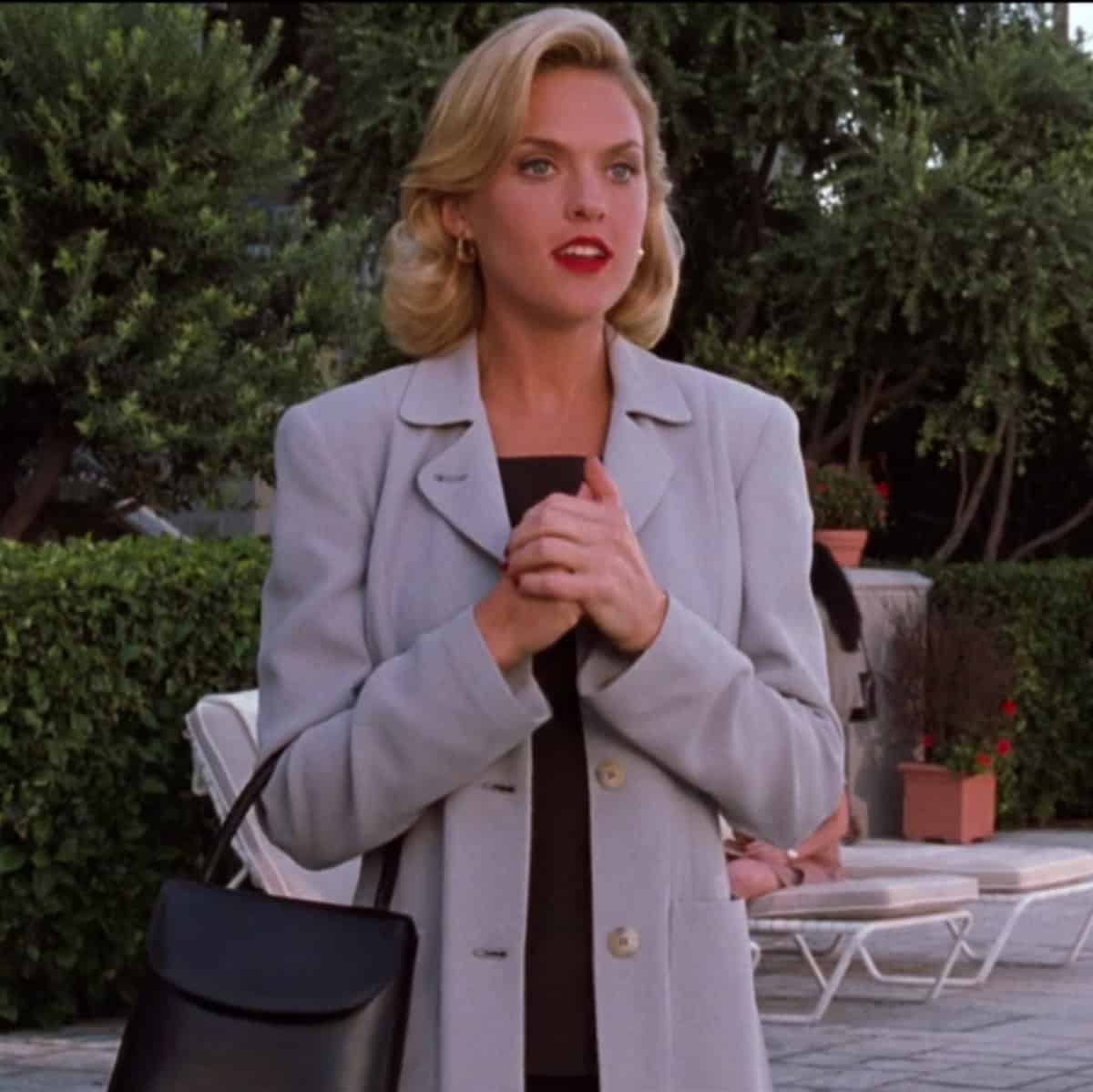 Black, white, or camel are all colors to consider for your clothing and accessories like bags, hats, and shoes. Preppy labels and stores like Land’s End, J. Crew, and Banana Republic are the shops that come to mind when I think of an MB-inspired shopping spree.

Speaking of clothes and accessories, it’s shocking when you think of what a big splash Meredith Blake made in relatively classic silhouettes. Even back in 1998, our girl Meredith knew that a classic never goes out of style. Dark suit separates, classic pumps, and sheath dresses were all clothing pieces in Meredith’s closet that would still look chic today. Even when on her dreaded hike on the camping trip, Meredith kept it classic with a black and white athleisure separates set (long before athleisure had its moment) and a classic black Prada backpack. These classics have made secured this bad girl aesthetic an enviable in 2022.

Related: This Collaboration Has Us Seeing Spots! – Givenchy x Disney

As times change and we 90s girls get older and reflect on our favorite Disney movies with new eyes, perceptions may change. This is certainly the case for the emerging conversation surrounding this Disney villain. Whether the discussion of Meredith Blake is spurred by passing anniversaries of the film or by the recent style idolization of Meredith, the question “just how bad was Meredith?” has surfaced. 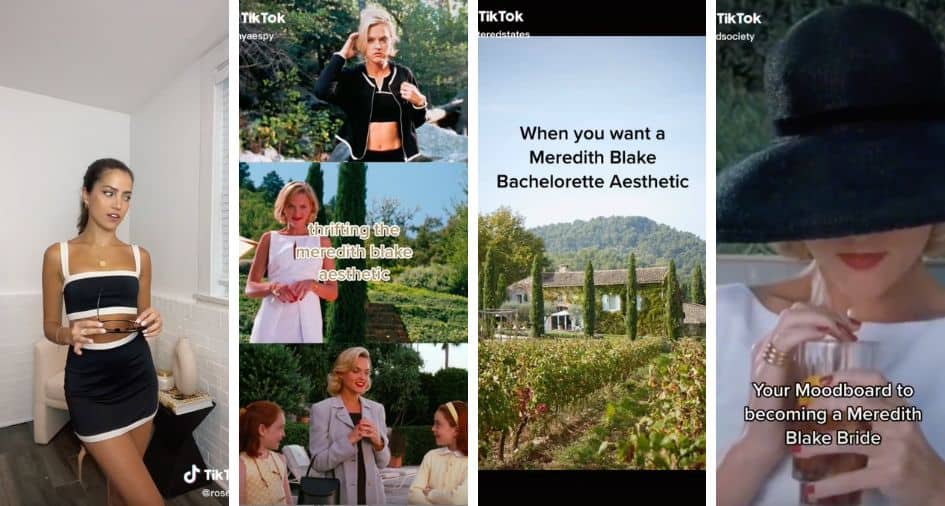 Sure, she was ready to “ship those brats off to Switzerland” but she was an accomplished publicist at the young age of 26. True, she didn’t handle the news of the twins well, but maybe Nick Parker deserved some blame for omitting this family history fact?

Yes, she freaked out on the camping trip and hike, but would I have done much better? We aren’t all outdoorsy. These are just some of the comments circulating in The Parent Trap nostalgia and Meredith Blake fandom circles these days.

While I hold that she was definitely a despicable Disney Villain, I’ll give credit where credit is due. Meredith Blake had an excellent sense of style that can withstand the test of time. If you are having a fashion emergency, just ask WWMBD — What Would Meredith Blake Do?

2022-08-03
Katie Chapman
Previous: Woody Goes Above and Beyond to Help Young Guest Meet Her Favorite Cowgirl
Next: Stepmother Refuses to take Stepchild on Family Disney Trip