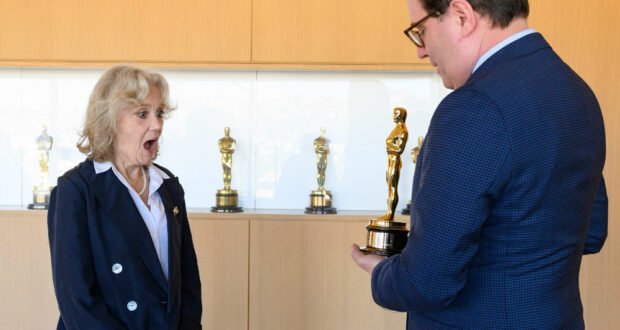 Credit: The Academy of Motion Pictures

Disney Star Has Oscar Replaced Years After Original Was Stolen

In 1961, actress and Disney Legend, Hayley Mills, won a Juvenile Oscar for her role as the always-positive Pollyanna in the Disney film of the same name. The Juvenile Oscar awards — which were smaller than a regular Oscar — were a special Academy Award given out to those actors under 18 who the Academy wanted to honor for their contribution to the entertainment industry. The Juvenile Oscars were discontinued after Mills won, only having been won by 12 children, including Shirley Temple Mickey Rooney, and Judy Garland. 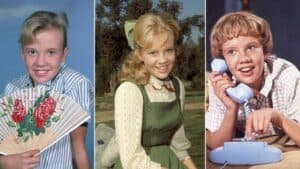 In the 1980s, Mills left her home in London to head to Los Angeles to film a new series — Good Morning, Miss Bliss — a show that would be the beginning of the Saved By the Bell franchise. Mills was gone for one year and when she returned to her London flat, she saw that the Oscar had been taken. She spoke to Entertainment Weekly about the theft in 2018, saying:

“When I came back from that first year, my little statuette had disappeared, and I never found it. And you know, it’s not something you can replace. They’ve broken the mold. I spoke to the Academy, and I said, ‘Well, look, give me a big one then!’ They said, ‘I’m sorry, it doesn’t work like that.'” 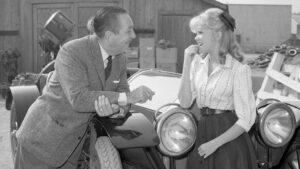 While it may not have worked like that in the 1980s, it apparently does work like that now. On January 11, The Academy surprised Mills with her very own, full-size, Oscar to replace the one that had been taken from her decades before. The Academy no longer has the mold for the Juvenile Oscar, which is why they presented her with the larger one. They shared the moment they presented her with the Award — and Mills’ shock at receiving it — on Twitter.

Hayley Mills being reunited with her long lost Academy Juvenile Award (which she won for 1960’s “Pollyanna”) by AMPAS president David Rubin is the purest thing you’ll see all day.

Hayley Mills being reunited with her long lost Academy Juvenile Award (which she won for 1960's "Pollyanna") by AMPAS president David Rubin is the purest thing you'll see all day. pic.twitter.com/lVBc9hmlS3

Throughout her decades working in Hollywood, Mills has appeared in a number of Disney films apart from Pollyanna, including The Parent Trap (1961), That Darn Cat! (1065), Disney Animation: The Illusion of Life (1981), and The Parent Trap II (1986), among others.

What is your favorite Hayley Mills Disney movie?