The female hosts of ABC’s The View routinely make the headlines for all kinds of behaviors–from making inflammatory, untrue comments about the Holocaust and falling on their faces on stage, to being suspended from the daytime show and interjecting disrespect while their co-hosts are speaking. But the hosts’ actions during Wednesday morning’s broadcast might just top them all, as the all-female panel of hosts displayed a blatant disregard for their faithful audience members.

On Wednesday’s episode of The View, the show’s hosts walked onto the stage, where a Thanksgiving bounty was laid out for them. According to the show’s moderator, Whoopi Goldberg, the feast included cranberry meatballs, stuffing, macaroni & cheese bites, mini whoopie pies, and stuffed mushrooms. Ms. Goldberg told the audience that recipes for the Thanksgiving appetizers on the spread were available on the official Instagram page for The View, letting the audience know that only the panel would be sampling the festive goodies and that those in the audience would be enjoying the feast as a spectator sport only.

The move resonated with no one, as soon after, fans began to take to social media to share their disapproval of, and disgust with, the panel’s refusal to share the feast with the studio audience.

One fan tweeted, “The co-hosts eating, of course, in front of the audience! #TheView,” while another tweeted, calling the panel’s selfishness “rude and disrespectful.” Yet another fan tweeted, “Is #TheView crew just gonna eat in front of a live studio audience and NOT share with them?”

Our table is set for Thanksgiving! 🦃 See our Instagram story to see the treats on #TheView table: https://t.co/OAjAx4Jtto pic.twitter.com/N6MkWKj9CY

At one point during the segment, moderator Whoopi Goldberg chastised her co-host, the oftentimes divisive Joy Behar, for audibly eating while Ms. Goldberg was discussing a very sensitive news topic. Goldberg began the show on Wednesday by discussing the Chesapeake Walmart shooting, during which a gunman took the lives of eight people only a day before the broadcast.

“Please don’t forget those who are not going to be as fortunate,” Goldberg said with sincerity, “and really try to be thankful because tomorrow is never promised. [This is] a Thanksgiving show, and we want to be up and rolling with it, but it’s very hard to start these shows sometimes . . . ”

But she was interrupted by a loud crunching sound from the panel. Goldberg zeroed in on Joy Behar and asked, “What are you eating?” with a look of shock on her face. 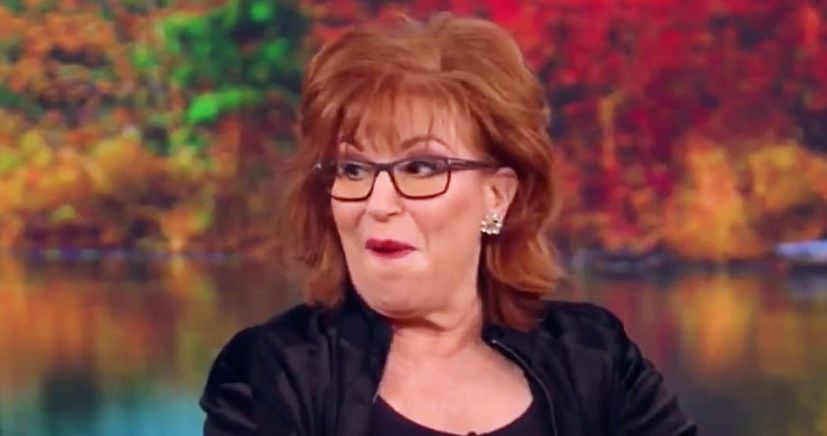 Co-host Sunny Hostin interjected, saying, “We weren’t supposed to start yet, Joy,” referring to the food items prepared for the panel.

Taking no responsibility for her actions, Behar responded with, “I wasn’t eating the food. It was a Tic Tac.”

“That was super loud,” said co-host Alyssa Farrah Griffin to Behar, after which Ms. Goldberg gestured to the audience in front of the panel, saying, “They heard it over there!” It was at that moment that Behar backed down from her previous comment, saying, “I’m sorry.”

Behar’s poor table manners came off to many as insensitive toward a topic of national news that has far-reaching importance in the ongoing conversation about mental health and mass shootings, presumably only adding to fans’ distaste for the co-hosts on Wednesday, as their perceived selfishness in not sharing their Thanksgiving feast with the audience already looked insensitive all by itself.

2022-11-25
+Becky Burkett
Previous: Whoopi Goldberg Goes Off in Angry Tirade During Live Broadcast of “The View”
Next: Adventures by Disney Tells Travelers to “Take a Hike”