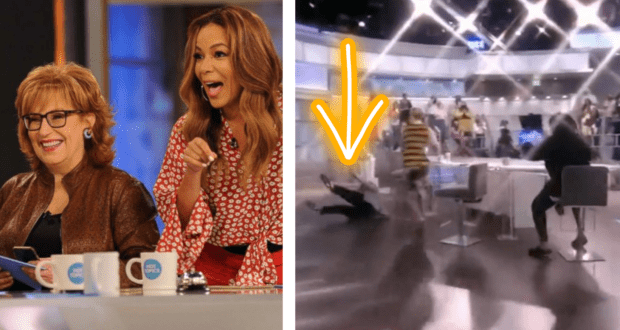 ABC’s The View is no stranger to being the topic of headlines, but it’s not usually because of an on-stage accident involving one of its co-hosts.

The View was created in 1997 by Barbara Walters, veteran news journalist and television personality. The daytime show is hosted by women only, though the panel regularly hosts celebrities and politicians during the broadcast. The current hosts include Whoopi Goldberg, Joy Behar, Sunny Hostin, and Sara Haines. Each woman offers her insight, her opinions, and her perspective on current events and news during the beginning of the broadcast in the show’s “Hot Topics” segment. For many, The View is a source for news, opinions, beauty and fashion tips, relationships advice, and dieting inspiration.

This week, the show’s co-host Joy Behar is a “hot topic” herself. During Thursday’s broadcast, Behar suffered a dramatic fall on set while the cameras were rolling. The 79-year-old co-host and comedian was stepping out onstage at the beginning of the live broadcast, and just before she made it to her seat, she fell. Cameras captured the entire incident, from Behar walking out on stage, to her fall that certainly looked serious. Even her co-hosts Sara Haines and Sunny Hostin could be heard gasping out loud when they saw her fall. Both women raced to Behar’s side to help her up from the floor where she fell.

The show’s moderator, actress and comedian Whoopi Goldberg, raced to Behar to assist her. A production assistant also ran onto the stage to offer support to Behar. Though her fall looked serious to some viewers, Behar was not injured; she was able to continue with her usual role in Thursday’s broadcast.

Behar, a comedian in her own right, laughed off the fall fiasco, saying, “Twenty-five years, that has never happened; who do I sue?” as she sat down at the table with the rest of the all-female panel.

After a brief moment of levity, Behar took a more serious tone as she mentioned the severity and seriousness of some falls. She even made reference to the death of actor and comedian Bob Saget.

“The main thing,” she said, “just to talk seriously; when Bob Saget fell, he died.”

Behar continued with: “If you hit your head, and you feel dizzy or you have blurred vision, or you feel like you want to go to sleep, go to the doctor because that will kill you.” 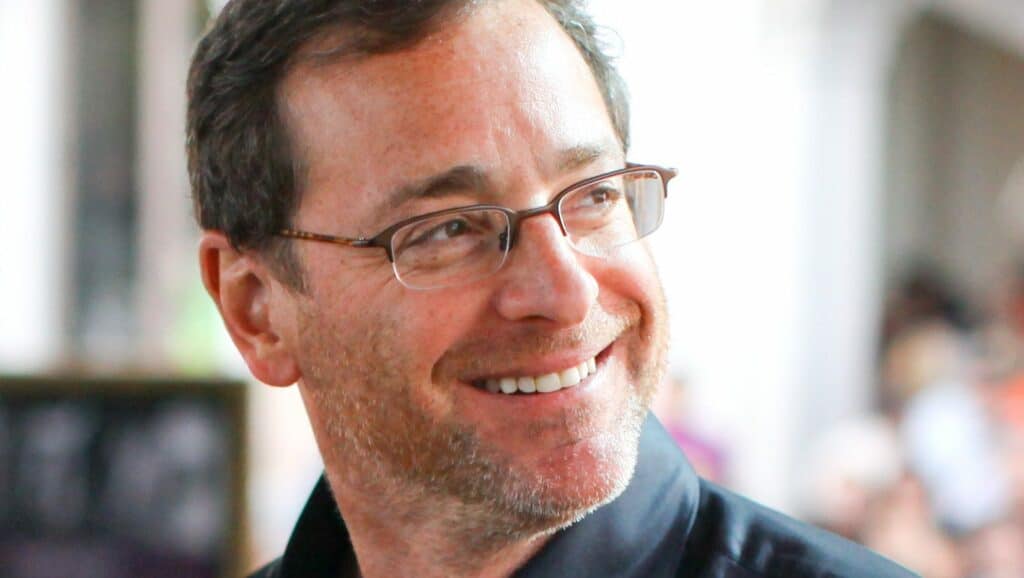 Saget was found deceased in his hotel room in Orlando, Florida, on January 9. Sheriff’s deputies said there were no signs of trauma, but after his autopsy was performed, Orange County Medical Examiner Dr. Joshua Stephany concluded that Saget’s death was indeed the result of trauma–blunt head trauma–that he felt might have been the result of an accidental fall backward.

Thursday’s broadcast of The View continued, and Behar resumed her comedic tone, ending on a much lighter note by making an admission to her co-hosts and to the audience. 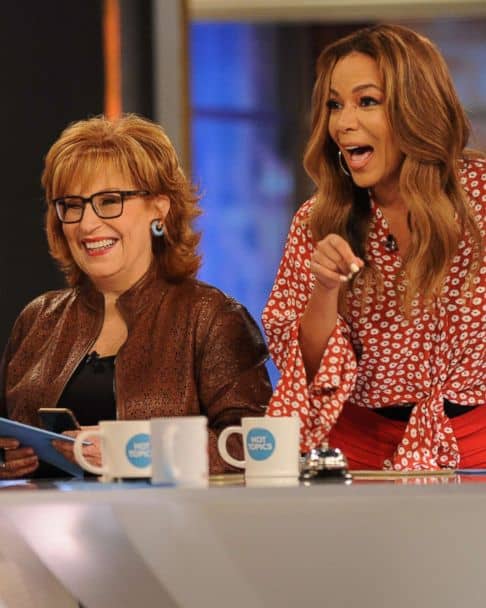 Last month, Disney-owned ABC’s The View made headlines all across the country as the show’s moderator, Whoopi Goldberg, made offensive, inaccurate comments about the Holocaust. Her comments earned her a two-week suspension from the show, a consequence that some felt was too harsh and some felt was too lenient.

During her absence, the broadcast’s viewing audience shrank, but upon her return, the number of viewers immediately increased, leading some to call Goldberg “untouchable.”

2022-03-05
+Becky Burkett
Previous: Several Disney World restaurants flooded with sewage water
Next: “Die”-hard PIXAR fans can now go to the Great Beyond in a PIXAR-style hearse, thanks to Mercedes-Benz