Wednesday’s episode of ABC’s The View was chock full of various inflammatory content, not the least of which was an angry tirade exhibited for the studio audience and viewers at home by the show’s moderator, Whoopi Goldberg. 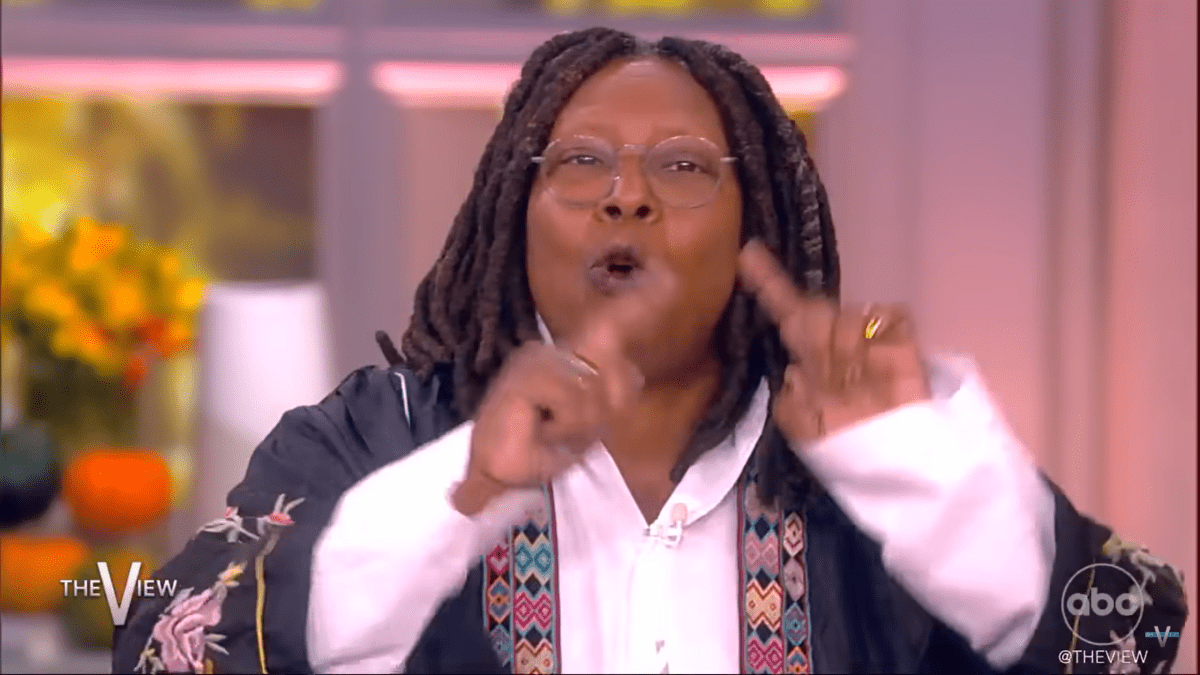 RELATED: Fans are Enraged After Hosts of ABC’s “The View” Blatantly Disregard the Entire Studio Audience

Ms. Goldberg seems the fearless leader of the all-female panel of hosts on The View, ABC’s daytime talk show that features co-hosts of varying ages and backgrounds discussing news and current affairs–usually largely political in nature, and on Wednesday morning, Goldberg touched on one of the most controversial, politically-charged topics of our time.

Goldberg introduced the segment by talking about Chief Medical Advisor to the President, Dr. Anthony Fauci and his upcoming retirement, which will begin after December 31. She then showed a clip from Dr. Fauci’s final press briefing about the pandemic, which took place the day before.

During the clip, Dr. Fauci can be heard reminding Americans about the need for vaccinations and boosters, and he further made suggestions about considering being tested before gathering for family get-togethers, as those events can easily be the backdrop for the spread of the disease, especially when family members don’t know they are infected.

“Let me explain something to you as someone who’s just come off [COVID] again,” Goldberg said. “I came off a tough a** COVID, okay?”

Goldberg’s voice quickly became elevated as she began to point and wag her finger.

“You don’t wanna get this,” the moderator said. “It’s not funny. You don’t want this. This will kill you! What’s the matter with you people?”

Goldberg’s co-host Joy Behar soon chimed in with, “Well, the reason it didn’t kill you is because you’ve been boosted.” 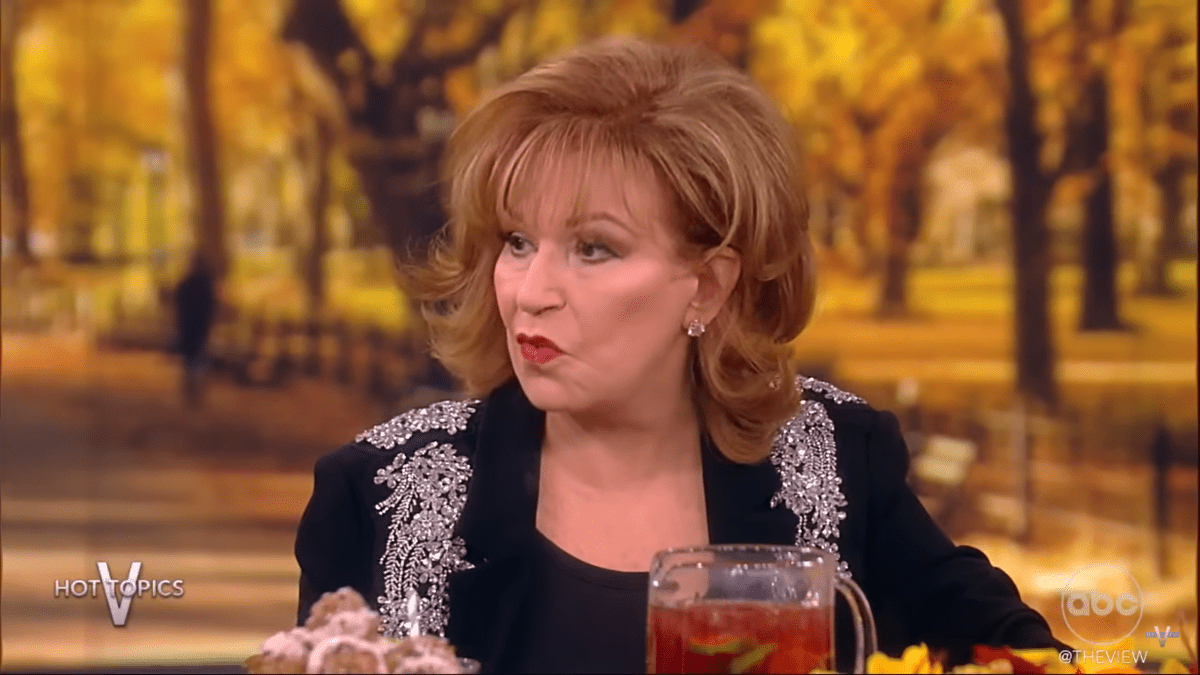 “Yes!” Goldberg eagerly agreed. “If you’re not boosted, you could die. That’s the point.”

Goldberg’s co-host Sunny Hostin then talked about the sadness that surrounds her family during the holidays, as her mother-in-law and father-in-law both died from COVID within three days of each other during the pandemic when vaccinations were not yet available.

RELATED: ABC’s “The View” Receives a Cease and Desist Letter with Promise of Consequences for Failing to Comply 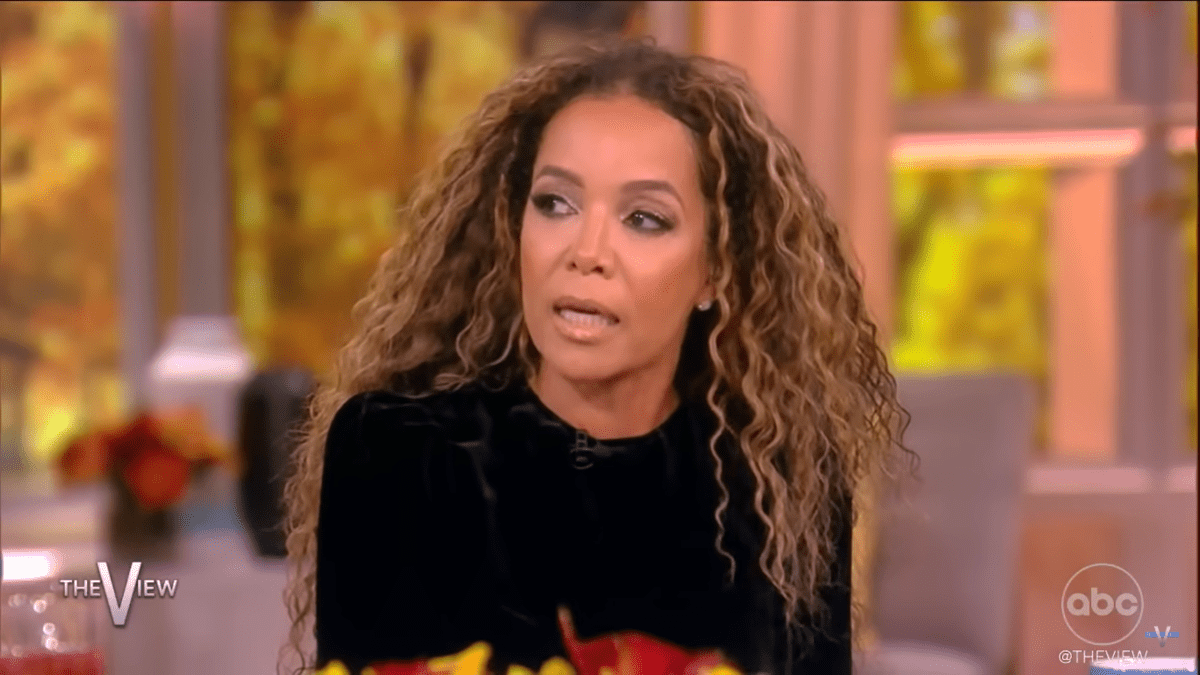 Co-host Alyssa Farrah Griffin then talked about her personal conversations with Dr. Fauci, as the two are friends because they once worked together.

“He just wanted to get the information out there,” Griffin said, defending Dr. Fauci’s boldness in making suggestions related to the coronavirus pandemic.

RELATED: The Single Most Divisive and Polarizing Film of Last Year Can Only Be Found on Disney+

The conversation quickly turned politically charged when Joy Behar mentioned reading that Florida Governor Ron DeSantis referred to Dr. Anthony Fauci as an “elf,” after which Goldberg interjected with, “because he’s never looked in a mirror before.”

2022-11-25
+Becky Burkett
Previous: SNEAK PEEK: Mickey Mouse Saves Christmas
Next: Hosts of ABC’s “The View” Ripped to Pieces After Being Blatantly Rude to the Studio Audience