Flying in for Disney World’s 50th? You’re in for a real treat at Orlando International Airport!

If your Disney 50th anniversary plans include flying in to Orlando International Airport (MCO), you’ll get to start celebrating the moment you land in Florida! 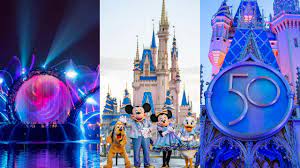 That’s because the airport has had a magical makeover, just in time for the 50th anniversary celebration of the opening of Walt Disney World! 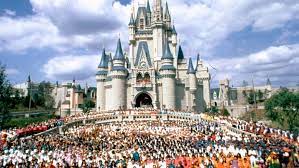 The passenger arrival experience will be more magical than ever! When Guests arrive at Florida’s busiest airport, they will immediately be introduced to the Magic.

What’s in store for air travelers at Orlando International?

A complete art installation featuring the Fab 50 Character Collection has taken over the terminal train stations at the airport, and just outside the Magic of Disney Store in the East Hall, there are projections of EARidescent light patterns along the walkways and thoroughfares of that part of the airport. 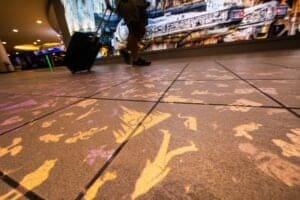 Also at this location, Guests will walk past a 36-foot long video screen showcasing the shimmering EARidescence of the four parks “Beacons of Magic.” It is breathtaking! 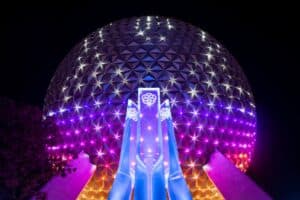 A photo opportunity will be available to arriving Guests in the form of a golden teacup, nodding to the Mad Tea Party attraction at Magic Kingdom at Disney World. 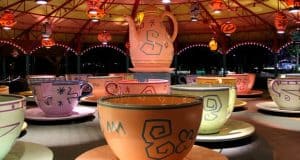 The magically fun additions at the airport will remain in place for several months, so even if you can’t make it to the parks in October, you’ll still have the chance to be immersed in the Magic when you arrive!

The celebration continues as Guests arrive at their Disney World Resort hotels, as special surprises are planned for Guests who stay on property, beginning the first week of October. There will be special character appearances, and each one will be dressed in his or her EARidescent best.

Guests of Disney World Resort hotels will also be able to take advantage of the opportunity to enter selected parks early on certain days during the celebration.

There will literally be Magic around every corner at Walt Disney World as Guests arrive and join the World’s Most Magical Celebration!

Are you headed to Disney World for the 5oth anniversary celebration? Let us know what you’re most excited about!