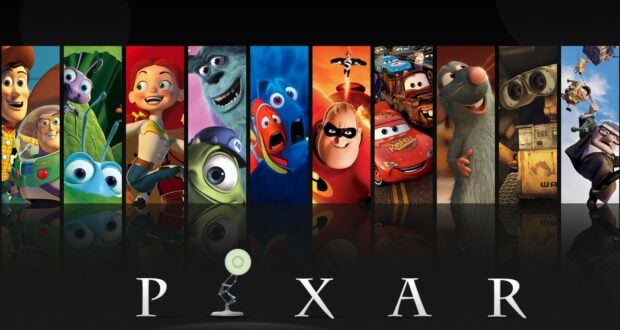 PIXAR is known for its outside-the-box approach to storytelling and animation. The creativity and imagination that go into every single film from PIXAR make it a production house unlike any other. And part of that creativity and imagination can be seen in the details and tiny nuances you might not have noticed in the films. Here are just a few of those things that even diehard PIXAR fans are often surprised to learn about some of the studios’ most beloved films.

Those balloons are misleading.

In PIXAR’s Up (2009), Carl Fredricksen is determined to follow the dream he and his late wife Ellie always had–to visit Paradise Falls. But by the time he gets around to doing so, Carl is elderly, no longer drives, and he’s intent on avoiding mandatory placement in a retirement home. So rather than buying an airline ticket, chartering his own plane, or setting out on a cross-country trek to get to the falls, Carl instead inflates thousands of balloons, ties strings to them, and secures them inside his house.

When the time is just right, Carl sets out for Paradise Falls in South America, a fictional location based on Angel Falls in Venezuela, thanks to the helium balloons that keep his tiny house afloat. According to PIXAR, there are exactly 20,622 balloons attached to the structure, keeping the house in the air. Those balloons see Carl (and Russell) through a thunderstorm and ultimately take them all the way to South America. But in reality, it’s estimated that to lift a house the size of Carl and Ellie’s, it would take more than 9 million helium-filled balloons.

A designer for Apple designed a popular PIXAR character

In 2008, PIXAR released its futuristic story about a little droid whose charged with cleaning up the destruction and pollution left behind by a self-serving human race whose behaviors rendered planet Earth completely uninhabitable. The film, WALL-E, is named for that robot. His name is WALL-E, which stands for Waste Allocation Load-Lifter, Earth-Class. He’s all alone in his efforts to clean up after the humans, one neatly-packed cube at a time. But after 700 years at his post, WALL-E has developed a personality. So when he encounters EVE (Extra-Terrestrial Vegetation Evaluator), the robot that’s been sent to Earth to determine if any plant life has begun to grow, WALL-E is smitten. 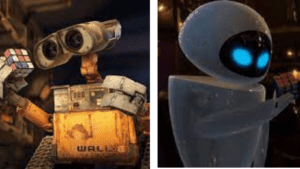 EVE is super-fast, she can fly, and she even has a laser gun. Her state-of-the-art, sleek design is very different from WALL-E’s rusted, boxy appearance. She’s a beautiful droid, and her design is the creative work of Apple’s then-Chief Design Officer, Jonathan Ive.

The first installment of PIXAR’s Cars was released in theaters in 2006. The movie about Lightning McQueen and his trials on the way to California to race against The King and Chick Hicks for the title of Piston Cup Champion was an instant hit with audiences of all ages. The film grossed $462 million at the box office, but the real measurement of the film’s success might have been more appropriately based on the sales of Cars-themed merchandise. Between 2006 when the film was released and 2011, just five years post-release, film merchandise sales exceeded $10 billion. That’s billion, with a “b!”

RELATED: You will NOT believe this man’s “Cars”-inspired collection! He holds the Guinness Record!

No villains, no songs, no love stories

At the beginning of PIXAR’s legacy, the story writers and creators had a secret list of banned elements in their films: no villains, no songs, and no love stories. Clearly, there are antagonists in PIXAR’s stories, such as Al “The Chicken Man” McWhiggin from Al’s Toy Barn in Toy Story 2, the strawberry-scented Lotso Huggin’ Bear in Toy Story 3, Syndrome in The Incredibles, etc. But those antagonists are a kind of natural villain, rather than a villain like Maleficent in Sleeping Beauty. But PIXAR films never see the protagonist singing about his or her upcoming journey to find himself or herself. That’s why in PIXAR’s Brave, although Merida is a princess, she doesn’t sing at all. And as far as love stories, there’s no greater love story in the PIXAR universe than that of Carl and Ellie Fredricksen in Up. But their love story isn’t the central focus of the film, nor is the acquisition of their relationship. If anything, their relationship serves as the foundation for the film. 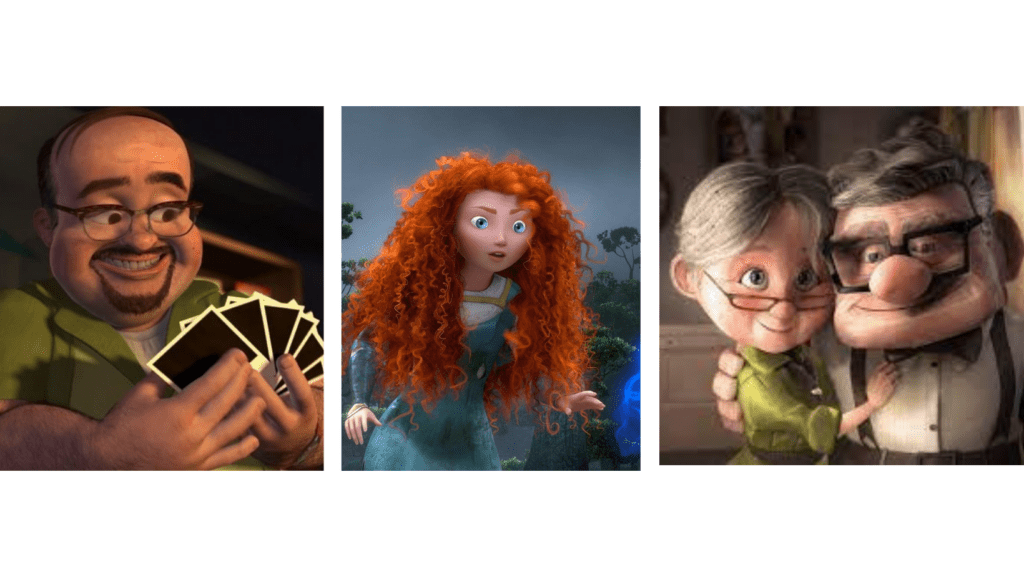 One of the many things that sets PIXAR animation apart from any of its counterparts is the team’s willingness and determination to fully immerse themselves in every facet of the subjects of their films. For example, when PIXAR was prepping to begin production for its 2007 release Ratatouille, it wasn’t enough for them to buy the latest edition of Fodor’s Guide to France. Instead, many members of the production team were required to participate in weeks of training in the culinary arts.

When it was time to animate the more than 270 food items in the film, instead of Googling a photo of ratatouille or just winging it, each of the items was prepared, then photographed, then eaten so that animators truly understood how to draw the item by looking at it and enjoying it. Incidentally, if you are like me and saw Ratatouille, then raced to the market the next day for all the ingredients for the dish, and prepared it (telling myself that my little ones would eat all those veggies simply because they were from a PIXAR movie), only to be disappointed because my ratatouille didn’t look like the ratatouille on food critic Anton Ego’s plate, it may ease your mind to know that there are dozens of variations of the dish; the variation of ratatouille that Ego enjoys at Gusteau’s when he dines so that he can write a review of the establishment is called confit byaldi.

Animation of any kind is a painstakingly detailed and sometimes exhausting process. And PIXAR’s computer-generated 3D modeling and animation is no exception. In fact, in many ways, PIXAR’s process sets the standard in CGI animation. The creators, story writers, directors, animators, and producers at PIXAR are dedicated to doing things well, and they aren’t corner-cutters. The processes associated with CGI animation are extremely time-consuming, requiring several more steps along the process than traditional two-dimensional animation. 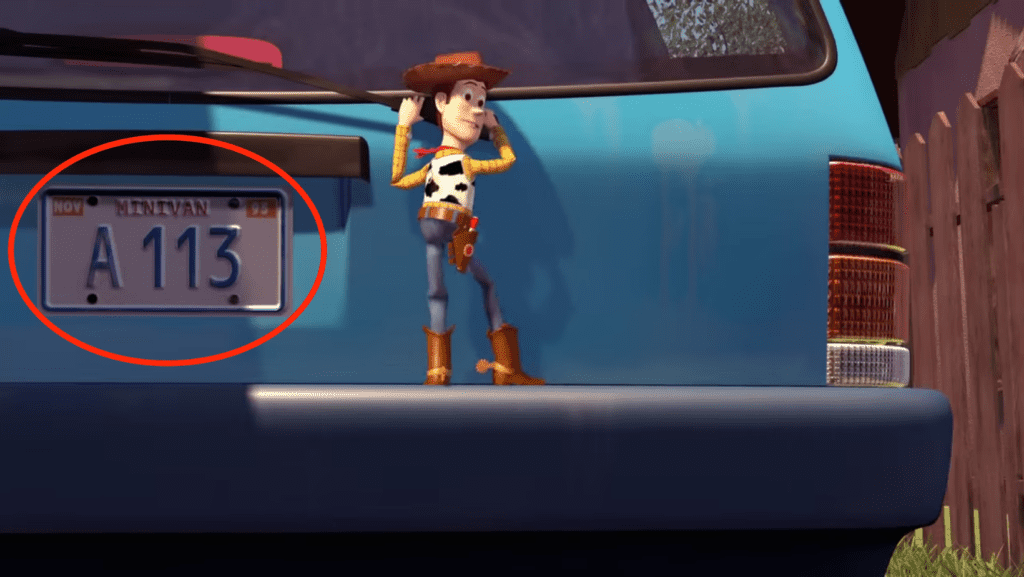 That’s only one reason that the production of a PIXAR film is a multi-year process. In addition to the lengthy animation process any production house faces, a PIXAR film is also chock full of hidden items called “Easter eggs” that usually serve as nods to other PIXAR projects or to something personal for the animators, such as the number A113, which appears one time in every single PIXAR film. “A113” is the number of the room at CalArts (California Institute of Arts in Valencia, California) where many of PIXAR’s animators studied. These extras take extra time to produce. 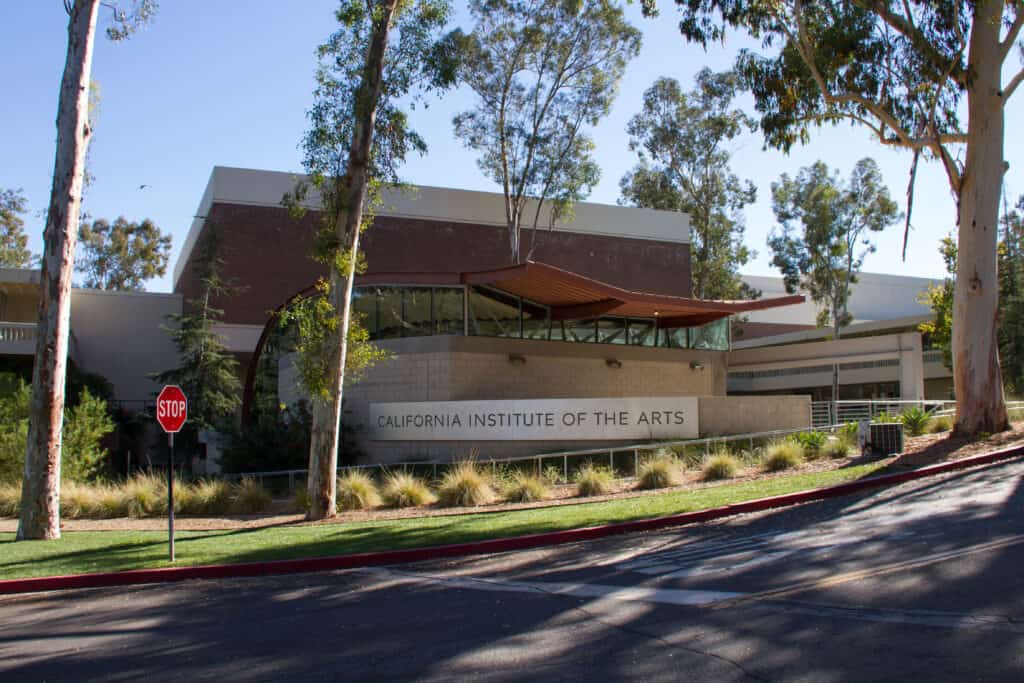 During PIXAR’s production of Up, each animator produced an average of only 4 seconds of footage per workweek. During the studios’ work on Toy Story 2, the most progress animators made in a single week was five minutes and 42 seconds of footage. While we don’t have the production timeline for Monsters, Inc., we know it must have also been lengthy, as Sulley has more than 25,000 “key” hairs in his fur that drive the motion of the other hairs–all 2.3 million of them! This is why Sulley’s fur looks so real. And during the production of PIXAR’s Inside Out, an average image took almost 30 hours to render, which included determining the colors of each pixel within the image.

And if only one computer had to render all of the Monsters University film, it would have taken that single computer 10,000 years to do so. (And that’s with PIXAR’s own in-house developed rendering software!)

It must take an almost unreal amount of patience to produce a PIXAR film, and it must be a labor of love. But thankfully, that labor and that love are evident in every PIXAR film that comes down the studios’ production line.