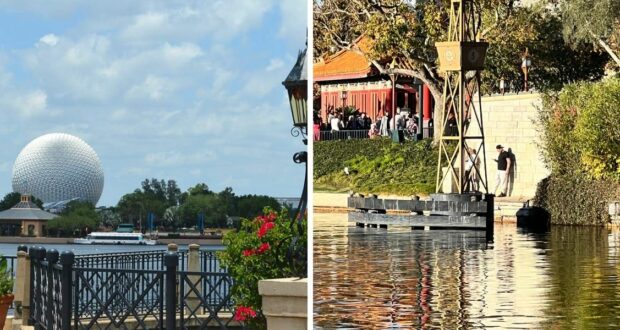 Don’t Do This! Guests Climb Over Railing to Stand in Restricted Area of EPCOT to Smoke

When visiting Walt Disney World Resort, it is always important to remember that they are a private business and can set their own rules and regulations that akk Guests must follow. One of those rules is that smoking is no longer allowed inside the four theme parks — a rule that was enacted in 2019. Guests who wish to smoke must go outside the Park, whether they are at Magic Kingdom, EPCOT, Hollywood Studios, or Animal Kingdom. That may be difficult for heavy smokers, but it is a rule nonetheless, and Disney expects Guests to follow it. 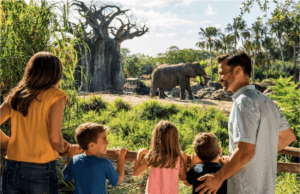 However, one Twitter user recently visited EPCOT for the International Festival of the Arts — which is happening through February 21 — and noticed two Guests who decided that they simply did not want to follow Disney’s no-smoking rule. Mardi Gras Mel (@PrincessMel2) took a photo of two Guests who had climbed over a barrier railing and walked down to the edge of the World Showcase Lagoon, so they could light up.

Juuust checking to make sure there’s no FotA booths down by the water pic.twitter.com/o2Qhm5FFID

Mel did not share what happened to the two Guests, but you can be sure that, if a Cast Member was informed of what was happening, the Guests were most likely told to move back to the in-bounds area of the Park. It is also possible Disney asked the Guests to leave, as they reserve the right to do that when any Guests does not follow their clearly stated rules. 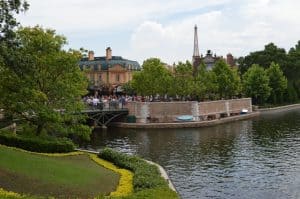 Here is Disney’s current policy when it comes to those who would like to take a cigarette break while in the Parks:

At Disney Resort hotels, smoking is permitted in designated outdoor smoking areas. Smoking is not permitted in guest rooms or on balconies. Guests can request location information at the hotel Front Desk.

If you have questions about our smoking policy or wish to locate the nearest designated smoking area, please visit our Designated Smoking Areas page or ask a Disney Cast Member. 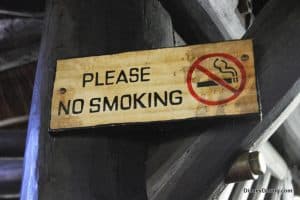 Unfortunately, poor behavior like this is becoming all too frequent at both Walt Disney World and Disneyland Resort. Fights have been breaking out at places like Magic Kingdom Park and Toy Story Land, Guests have decided to take chairs from seating areas and place them right in the middle of Main Street to sit down before the fireworks, and Mr. Toad’s Wild Ride was forced to a stop because one Guest refused to wear a face covering. 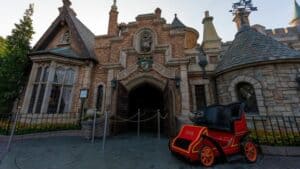 If you plan on visiting a Disney Park in the near future — or ever — please remember to follow the rules put in place, as it makes a more pleasant experience for you, the other Guests, and the hard-working Cast Members.