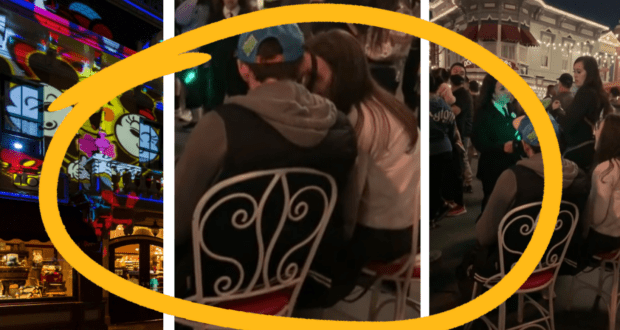 There’s nothing like a nighttime spectacular at a Disney Park.

Whether it’s Disney World’s newest nighttime spectacular, Disney Enchantment, or one of the previous spectaculars, like Wishes, Happily Ever After, or one of the spectaculars from way back, like SpectroMagic or the Main Street Electrical Parade, or any of Disneyland’s nighttime past or present spectacular offerings like Mickey’s Mix Magic or the previous Main Street Electrical Parade, it’s evident that Disney never cuts corners when it comes to entertainment at the end of a Disney day in the parks.

And we all know the drill when we arrive to enjoy a nighttime spectacular–partly because we know the rules at Disney, and partly because it’s just common sense. Oh–and ALSO because we are being respectful of others. But occasionally, a Guest or two will break the rules. Maybe it’s their first time at the parks. Maybe they just weren’t thinking.

But sometimes it happens because a Guest or Guests want a different comfort or convenience level than what they feel is afforded by following the rules. 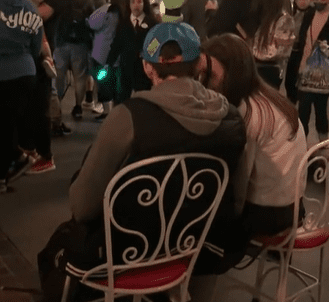 In this online video posted by @the_hamilyfamily, two Guests are preparing to see the nighttime spectacular at Disneyland. It is dark, of course, but there’s enough light to see that everyone who’s gathered for the nighttime event is standing up. However, these Guests have decided to move chairs from an eatery nearby and sit down in the chairs, presumably so they could be more comfortable during the show.

We get it; it’d be nice to sit during the event, but it would only be appropriate and fair (and feasible) if other Guests were granted the same allowances, and as you see in the video, no one else is seated–not even on the ground. So what made this couple think they could have that privilege when everyone else is standing?

RELATED: TOO FAR–Guest puts her hands on Gaston continually, is immediately told to leave the area

In the video, the couple is seated, preparing to see the nighttime spectacular, when a Cast Member approaches them to tell them that, unfortunately, the chairs couldn’t be used, calling the event a “standing show only.” The Guests stand up, and the Cast Member moves the chairs away without incident or argument. 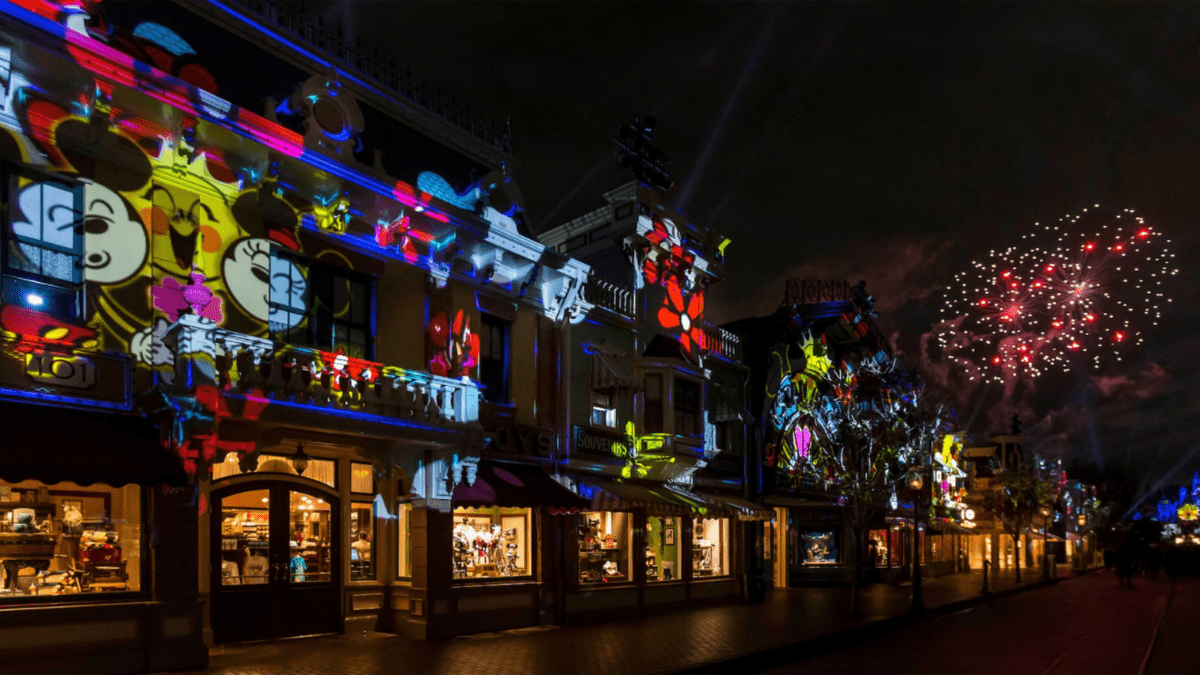 But the question remains, what made them think they could sit down for the event–especially when EVERYONE around them is standing, and those chairs were clearly not part of the Main Street, U.S.A. decor?

What are your thoughts? Is it irritating to you to see Guests who behave like this in the parks? Or do you just ignore it and keep going with your day?

2022-01-27
+Becky Burkett
Previous: Universal reports $1.2 BILLION increase in theme park revenue for 4th quarter 2021
Next: “Snow White and the ZERO DWARFS”: Disney will use substitutes for the Seven Dwarfs in upcoming remake