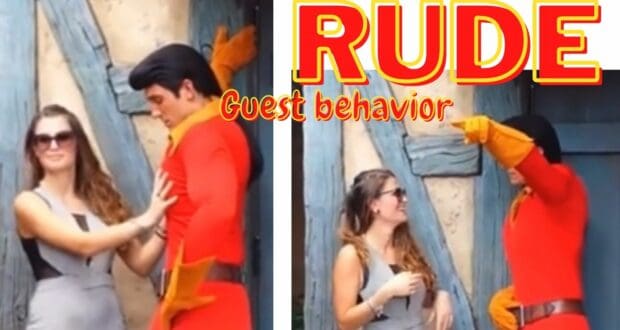 Don’t you love meeting characters at Disney World? Me too. 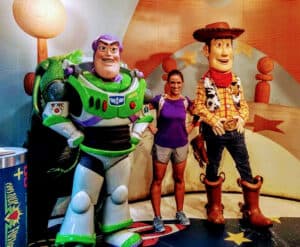 It’s probably one of the things we missed the most when the parks reopened after being closed for several months in response to the pandemic.

And one of the most fun characters to hang out with is Gaston. Raise your hand if you’ve ever had the, um, well, pleasure, of meeting Gaston at Magic Kingdom at Disney World. 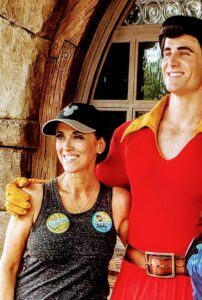 I see your hands. And your smirks. And I hear the whispers. Yes, the Cast Members who are hired to play the role of Gaston in the parks have quite the knack for impersonating the overbearing, self-centered brute. After all, Gaston is short on manners, but he’s never at a loss when it comes to self-love. In fact, many times, he’s just plain rude.

(He’s supposed to do be. It’s called acting.)

But in a video that has surfaced on social media, it’s the Guest who’s extremely rude and overbearing, to the point she completely disrespects the Cast Member playing Gaston by inappropriately putting her hands on his chest. (Thank you to Evan Snead for the video and still shots captured from the video.) 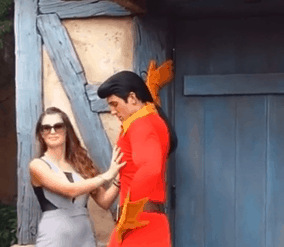 The Cast Member immediately tells her to leave, and she quickly tries to touch him again. 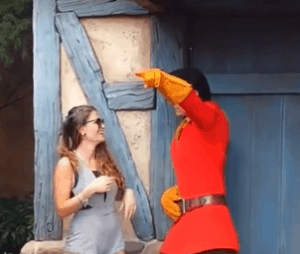 The Guest continues to disrespect the Cast Member by disregarding his instructions and staying where she is. She even seems to act as though she doesn’t understand what Gaston is saying to her or why. 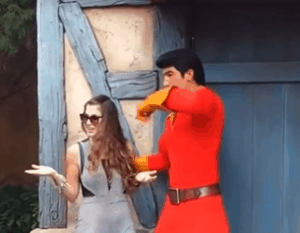 He stands his ground, however, and she is visibly embarrassed and must face the walk of shame, knowing she’s been brushed off by a Disney character because of her less than appropriate behavior toward him. 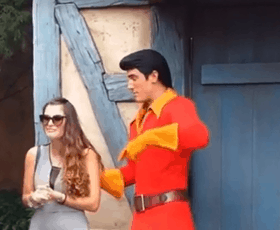 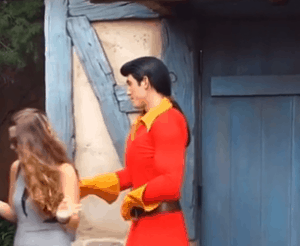 The video is not an extremely recent one, but it has surfaced as fans are seeing it and sharing it. A few are poking fun at the scenario, but many are using it as a means of illustrating really poor Guest behavior in the parks.

RELATED: HOW did this Guest bypass security and climb Cinderella Castle?

We all like to meet the characters, and no matter how old you are, it’s fun to play along with the character’s persona, but this never gives Guests the right to be disrespectful or inappropriate with Cast Members in any way.

RELATED: Cast Members are now required to get vaxxed; should Guests follow suit?

We hope that more Guests will see this and pass it on as a reminder to never disrespect Cast Members. Disney World is, after all, their place of work.

2021-09-24
+Becky Burkett
Previous: Nominate your Magical Neighbors! They might win a trip to Disney World!
Next: TODAY: Marvel files suit to keep rights to ‘Avengers’ characters