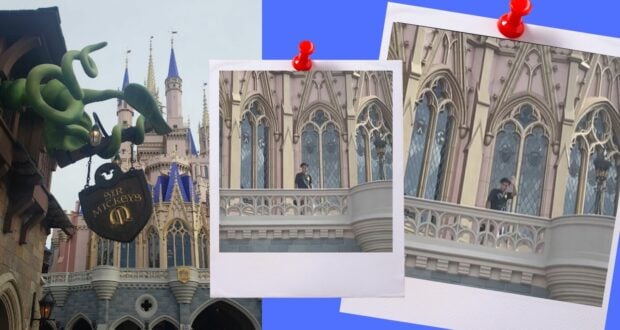 HOW did this Guest bypass security and CLIMB Cinderella Castle?

Look, we’ve all heard and seen some really strange things at Disney World.

But this man’s antics might just have earned him the honor of “Most Daring” behavior at Magic Kingdom, at least in recent weeks, if it weren’t for the fact that his behavior was extremely unsafe, in direct disregard for Walt Disney World rules and downright disrespectful.

Thanks to TikTok user Shannon (@pincessshannon), we get to see what it looks like when a Guest exhibits a complete lack of regard for park rules. 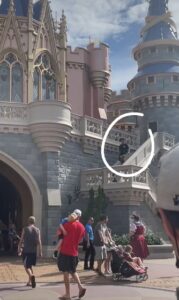 Despite a roped-off stairway leading up to the balcony on the second floor at Cinderella Castle, a male Guest apparently ascended the stairs, making it all the way to the balcony, which is off-limits to Guests.

He even stops and waves to Guests in the thoroughfare beneath him! 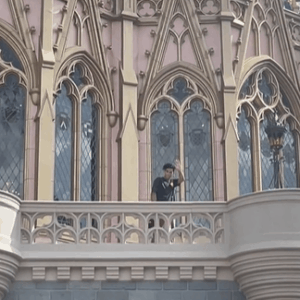 It begs the question: does the man have any concern about being banned from the parks, let alone any concern for his safety or that of other Guests?

We don’t have the answers to those questions, but one thing is sure, the man’s actions are a clear violation of Disney Park rules, which are largely divided into two sections, per Disney World’s website: prohibited items and prohibited activities.

Under the heading of Prohibited Activities, “engaging in any unsafe act” is strictly prohibited, as is “unauthorized access or entry into backstage areas or areas designed only for Cast Members.” 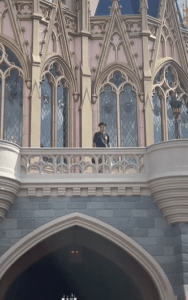 We’re thinking this man’s actions fall into both of those categories. 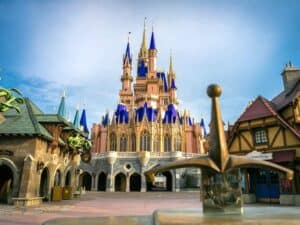 Somehow, though, we aren’t sure that it was the draw of the castle that made this Guest ignore the rules and access the balcony on the backside of the castle.

Was it a dare? Fodder for a YouTuber’s or TikTokker’s next post? What are your thoughts?