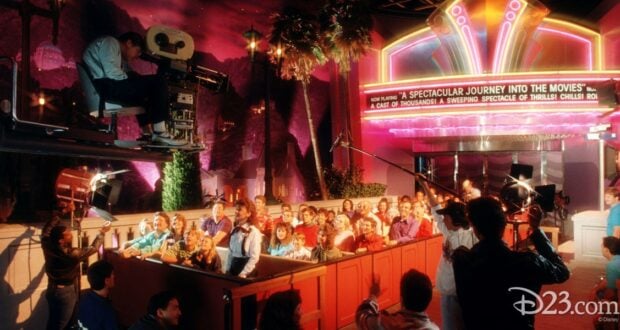 Walt Disney famously said that Disneyland will never be complete as long as there is imagination left in the world. The same can be said of any Disney Park — Imagineers are full of endless, amazing ideas, and Disney will always be expanding and working to bring even more magic to Guests. Unfortunately, bringing something new to the Guests sometimes means getting rid of something old. New attractions are great, but that doesn’t mean that we don’t miss the old ones. 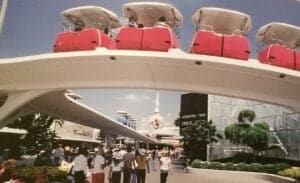 Here are some of the Disney attractions that we miss the most.

Sure, Frozen is cute and fun, and who doesn’t love Olaf and Sven? But that doesn’t mean that we don’t miss the Maelstrom. The classic EPCOT attraction took Guests through old Viking Norway as they traveled up a waterfall. The boats then entered an enchanted swamp and a mischievous troll turns the boat around and Guests go backwards down the waterfall. 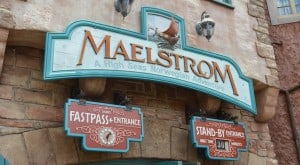 While the ride route for Frozen: Ever After is the same as the Maelstrom, it was always a really fun time going through Norway instead of now journeying through the fictitious land of Arendelle.

Another must-do on any Walt Disney World vacation, this EPCOT ride was always fascinating as a kid. If you don’t remember Body Wars, it was a motion simulator ride best compared to Star Tours, except that Guests are shrunk down to microscopic size to enter the human body and remove a splinter. 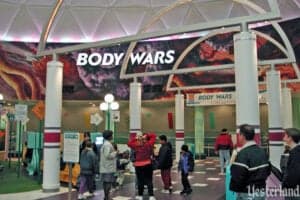 While removing a splinter may seem like an easy task, one of the doctors on the trip with you gets sucked up by a capillary. After racing to save her, the ship that the Guests are on must use the brain to recharge the battery in order to leave the body. It was an exciting ride that also taught you about how the body works.

Honey, I Shrunk the Audience!

Located next to Journey Into Imagination With Figment, Honey, I Shrunk the Audience! was a really fun 3D show. Originally, the attraction replaced the Michael Jackson show Captain EO in 1998, but was then replaced by Captain EO in 2010. 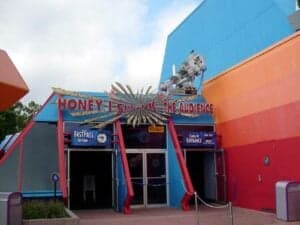 Honey, I Shrunk the Audience! brought back the cast of the popular Honey, I Shrunk The Kids movie as the audience watched Wayne Szalinkski – played by Rick Moranis – receive the Inventor of the Year Award. Unfortunately, things do not go as smoothly as expected. Not only is a mouse replicated, with the audience feeling them scurrying around their feet, but the audience is then shrunken down to the size of the mice and have to avoid getting crushed as Wayne tries to fix the machine.

Honey, I Shrunk the Audience was always a fun way to cool down on a hot day (or any day) and it would be great to see it maybe return someday.

We have to admit, this one hurt. While it is great to see Mickey and Minnie finally get their very own ride with Mickey and Minnie’s Runaway Railway — and it’s a really fun one — The Great Movie ride was a Hollywood Studios (AKA MGM) classic. Walking through the queue and seeing iconic Hollywood movie pieces like the carousel horse from Mary Poppins and the ruby red slippers from The Wizard of Oz was always so nostalgic. 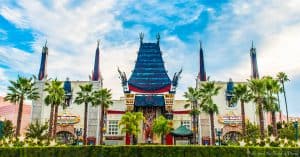 Boarding the ride vehicles and being taken through some of the best movies in history was also an incredible experience. The animatronics are just the ultimate symbol of Disney Imagineering magic, and having western gunslingers take over the ride vehicle truly brought you into the experience.

The Great Movie Ride is one that we will miss for a long time.

It’s Tough to Be a Bug (Disneyland)

In May 2018, Disney closed It’s Tough to Be a Bug – and the entirety of Bug’s Land – in order to make way for the new land, Avenger’s Campus. While the new land is great, along with the new ride WEB SLINGERS: A Spider-Man Adventure, sometimes we still find ourselves walking by the theater’s old location singing “And if all bugs were wiped off the face of the planet…” 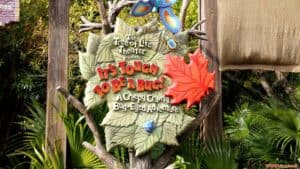 Luckily, It’s Tough to Be a Bug is not gone from the Disney universe completely. Guests visiting Walt Disney World can still head to Animal Kingdom and get up close and personal with Flik and all of his friends (and some enemies).

The PeopleMover in Tomorrowland at Walt Disney World has had a cult-like following for years and is a copy of the one that was originally made at Disneyland Resort. However, Disneyland’s PeopleMover closed down in 1995 to make way for Rocket Rods – a futuristic, high-speed thrill attraction that was so plagued with problems that it was open for less than three years. 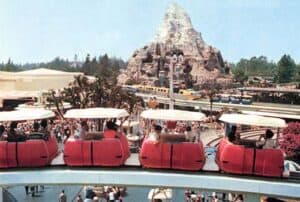 If losing the PeopleMover was not bad enough, some of the tracks for Rocket Rods can still be seen around Tomorrowland, reminding people of the wonderful attraction they once had.

We hope that reliving all of these great rides hasn’t made you too sad. Disney is still full of many exceptional attractions that are sure to fill your heart with happiness.

Which long-gone Disney attraction do you miss the most?