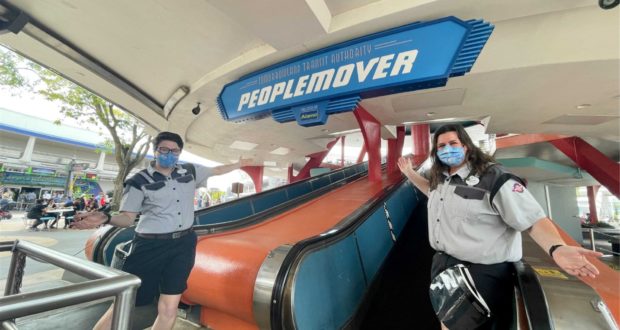 We previously shared the news that Magic Kingdom’s Tomorrowland Transit Authority PeopleMover was scheduled to open on Monday, April 26 after a year-long closure. Well, as Disney hinted towards, the attraction actually reopened later in the day on Sunday, April 25! Walt Disney World Cast Members took to social media to share their excitement in welcoming guests back to this beloved attraction.

Thank you so much Cast Members! It looks like Disney guests aren’t the only ones excited that this attraction is once again back up and running! Do you have plans to take a ride on PeopleMover in the near future? Happy planning, Disney fans!