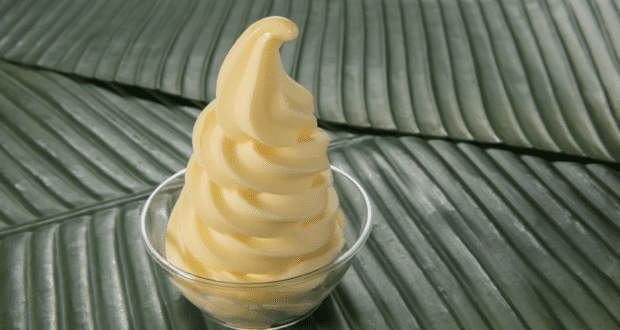 Where to Get the Best Vegan Snacks at Disneyland Resort

When it comes to dining at Disneyland, some people may think that they might have trouble finding delicious food if they have certain restrictions like a vegan lifestyle, allergies, or gluten intolerance. However, just the opposite is true! Disney works incredibly hard to make sure that anyone can come to their Parks and enjoy some great options. 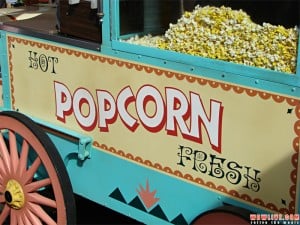 In this article, we will tell you where you can get some of the best vegan snacks at Disneyland Resort.

Disney Parks are well-known for some of their signature snacks — and one of those is the Dole Whip. The Dole Whip is an absolutely delicious, creamy, refreshing pineapple concoction. Many people might think that this dessert (or snack) must be made with dairy, but the Dole Whip is perfect for anyone, including vegans! And lately, Dole Whips are coming in even more flavors, like raspberry and lemon. 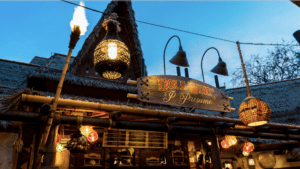 Popcorn and Mickey Pretzels, along with Dole Whips, are some of the most popular snacks at Disneyland Resort – and they are all vegan! If you have any non-vegans in the group, they can always order a cheese cup on the side, but the pretzel carts usually always offer mustard packets for those who do not want cheese. 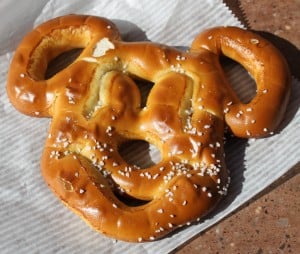 Okay, yes, fruit is always a vegan option, but that’s not why fruit carts are on the list. The reason we mention the fruit cart is for a homemade, delicious snack that is a Disneyland specialty — pickles. Disneyland makes their own pickles — which come in traditional dill and spicy varieties — and they are a great snack to walk around the Parks with. The bags they come in have a tie, so you can close them up and eat the pickle at your own leisure. Pickles can also be found at both Disneyland and California Adventure. 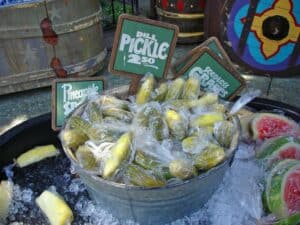 The Blue Milk and Green Milk are two of the more controversial snacks brought to Disneyland with the opening of Star Wars: Galaxy’s Edge — Guests seem to either love them or hate them. If you haven’t tried them, but have always wanted to, then sip away because they are both vegan. While the name says that they are milk, be aware that they are a little thicker and have a consistency more like a smoothie. 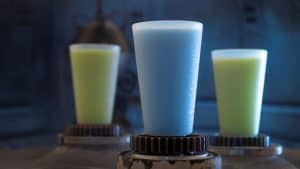 What’s great about Adorable Snowman Frosted Treats is that almost everything they serve there is vegan. Both soft serve options, just like the Dole Whip, are dairy-free, as are the specialty cocktails. Even the cones that the soft serve comes in is vegan, so you can fully enjoy your experience. Of course, if you’re not a cone fan, then you can always opt for your soft serve to be put in a cup. 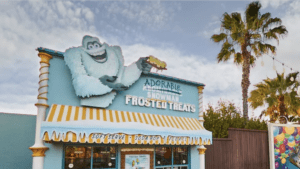 I know what you’re thinking, “You put an ice cream shop on a list of vegan snacks?” Yes! While most of what Ghirardelli serves has some form of dairy in it, there are a couple of options for those who are following a vegan lifestyle.

The first vegan option at Ghirardelli is the Raspberry Sorbet. Now, you can get this sorbet plain in a cup, or you can add some delicious toppings to it – this includes things like strawberry sauce, pineapple purée, chopped almonds, and chocolate sauce. NOTE: The chocolate sauce is vegan, but the hot fudge is not, so make sure to order that correctly. 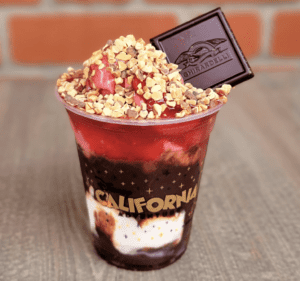 Also on the menu is the vegan Vanilla Coconut ice cream. That can also be topped with a number of items, or you can ask for it to be thrown into a blender with almond milk and your favorite toppings for your very own vegan ice cream shake. You could also ask for the Vanilla Coconut to be put on top of a cup of root beer for a vegan root beer float.

Just like the Mickey pretzels that you can find at food carts in both Disneyland and Disney California Adventure, the Bavarian pretzel at Mendocino Terrace is completely vegan. For those in the party that are not vegan, the pretzel can also be served with a cup of cheese sauce. 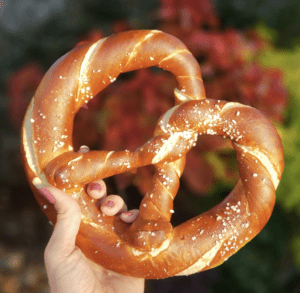 As you can see, there are a ton of great vegan options when you are looking for a quick snack to tide you over as you go from ride to ride at Disneyland. We know that you are sure to find one you can enjoy sinking your teeth into!

2022-01-19
Krysten Swensen
Previous: Angry Guest Makes a Scene Over Stroller at Magic Kingdom
Next: Do You Know Disney’s Mountain Challenge?