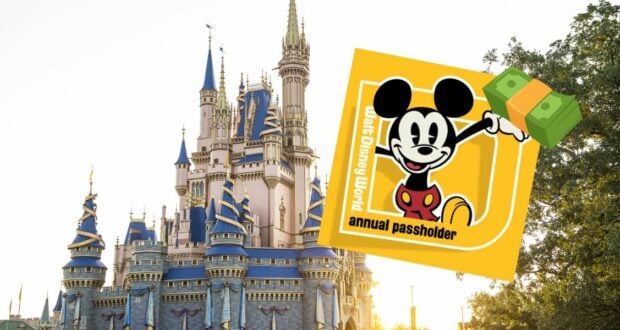 To the disappointment of many Disney fans, Walt Disney World Resort’s Annual Pass sales have been on hold for some time now. FINALLY, we do have an update from Disney, but it’s not the update we wanted to hear.

While current Annual Passholders have been able to renew Walt Disney World Annual Passes to take advantage of discounts and even an exclusive showing of “Fantasmic!” recently at Disney’s Hollywood Studios, those without Annual Passes have been eager to purchase.

Not only have we just learned that Disney will increase standard 1 day 1 Park ticket sales, but the theme park is also discussing Annual Pass sales.

While Annual Passholder sales are not available YET to purchase, Disney is preparing the Disney fandom that when the Walt Disney World Resort passes are released, there will be a price hike rolled out.

Also to note, whether you’re a Passholder or a regular ticket holder, all Guests are required to have a Park Reservation before entering Magic Kingdom, EPCOT, Disney’s Hollywood Studios, or Disney’s Animal Kingdom.

Walt Disney World Annual Pass renewals continue to remain an option. As far as WHEN Disney will release new Annual Pass sales is still unknown. We are curious, however, if the update provided now on pricing means AP sales will resume soon.

We can still remember when Walt Disney World had its Guests super excited that it was releasing Annual Pass tickets for purchase again but quickly took down the offer once Disney realized they had made a mistake.

Now, we will continue to keep our eyes on the Annual Pass sales. We suspect, despite the price hike, there will be several purchases of the Annual Passes when sales do resume.

As always, we will be sure to keep Disney Dining readers updated as we learn more about this developing news.