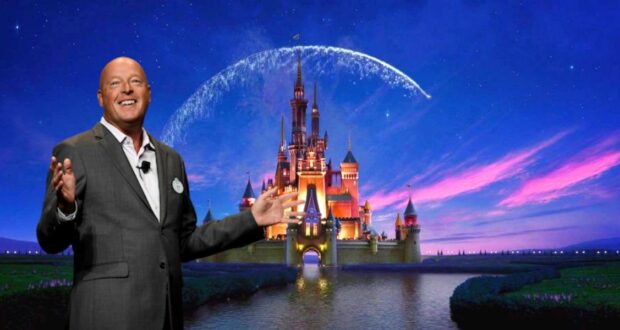 We’ve known for months it was coming! The Walt Disney Company’s streaming platform, Disney+, has officially welcomed advertisements as of December 8, 2022. Where was Bob Iger on this one?

Today is the day that Disney+ launches its ad-supported subscription tier that former Disney CEO Bob Chapek was so proud of implementing. When logging into Disney+, subscribers will now see two options.

Disney+ subscribers can select “Disney+ Basic.” This Basic package is $7.99 per month and will feature ads throughout films and series in the Disney+ platform.

Or, subscribers can choose “Disney+ Premium.” The Premium package features ad-free streaming along with downloads to watch on the go for the price of $10.99 per month.

According to reports, the Disney+ ads will be family-friendly, with no commercials for alcohol or politics. Disney+ has also noted it will run an average of four minutes of commercials per hour or less.

As Disney fans decide if they prefer to spend the extra $3 per month to keep the ads away, the question arises if this was the right move for the Disney giant.

It’s no secret that The Walt Disney Company is under major turmoil at the present moment. On November 20, 2022, the shocking news was revealed that former Disney CEO Bob Chapek was removed from his position. Former Disney CEO titan, Bob Iger, agreed to return to his post.

Iger has taken his short time back in office to make it very clear that there is a much-needed shake-up underway, especially for the Disney Media and Entertainment Distribution portion of the company.

The day after Chapek was removed, Disney we quick to remove Kareem Daniel, Chapek’s right-hand man and the Chairman of Disney Media and Entertainment Distribution.

In addition to Kareem Daniel’s removal, we’ve also seen the removal of another Chapek-era policy as Disney works to adjust its content strategy.

Rather than Chapek’s hard push for more and more streaming content, it looks like Iger will be taking on the “less is more” approach by the company shifting to a more financially conservative strategy in the new year.

And while it seems like Daniel’s removal and the “less is more” approach may be the right path for this Disney division, Chapek’s proud ad-based platform slipped through anyway.

As Bob Iger takes a look at the company and specifically the Disney Media and Entertainment Distribution, we can’t help but wonder if the new ad-based Disney+ will come into question.

With the fast changes in recent days within the division, it’s no secret more change is on the way as Disney works to get back on its feet after Chapek’s several missteps.

As always, we will be sure to keep Disney Dining readers updated as we learn more about the new ad-based Disney+ and Iger’s steps to keep Disney from “losing its soul.”