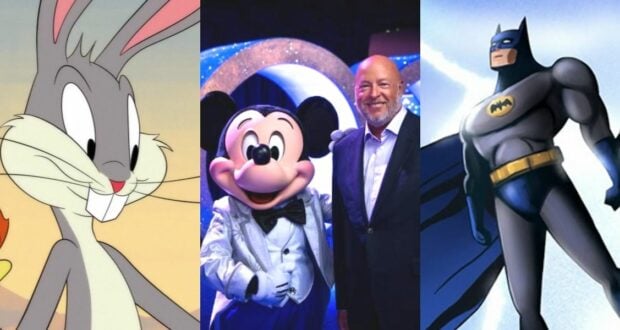 With Disney’s Chapek GONE, Fans Want Zaslav Out Next

Chance are by now, you’ve heard the HUGE news that The Walt Disney Company CEO, Bob Chapek, has been removed from the company effective immediately. But fans aren’t stopping there. Social media is booming with pleas to remove CEO David Zaslav.

Could we have not one but two CEO removals in the near future?

Disney’s CEO Bob Chapek is out, and former CEO Bob Iger is back to clean up the mess. The newly returned Chief Executive Officer has much to do in the next few months as he gets re-acclimated with the Disney CEO position.

But, as the fired Bob Chapek and returned Robert Iger trend on social media (as pictured in the tweet below), there is a big red flag waiving among fans… and no, not just Disney fans.

While Disney’s old and new CEOs trend, social media is begging for the President and CEO of Warner Brothers Discovery, David Zaslav, to get fired as well.

@Sunset_Colored took to social media to share, “saw david zaslav trending and immediately went “what did he do this time” but apparently he’s trending because disney fired bob chapek and everybody’s hoping the same thing will happen to zaslav LOL”

Much like Disney’s former Bob Chapek, David Zaslav has been a disappointment in the eyes of Warner Brothers fans.

Zaslav previously served as the CEO and President of Discovery Inc., from November 2006 through April 2022, when the company was merged with WarnerMedia. Now, with the title of President and CEO of Warner Brothers Discovery, fans aren’t impressed.

With “strategic limbos” and “DC Universe” missteps, Zaslav is reportedly the one to blame for causing DC Studios to fail by making all the wrong decisions for the brand.

With the Disney fandom and stockholders feeling heard about the disappointment of Bob Chapek’s performance, could the Warner Bros fandom be strong enough to take down Zaslav?

Fans aren’t holding back on social media as David Zaslav continues with the trend along with Bob Chapek, with comments such as, “Everyone looking at David Zaslav now that Bob Chapek got fired:”

@MichelTristan shares, “With Bob Chapek out of Disney for good… I honestly hope Zaslav will be next to be out for WB.”

Another tweet notes, “Bob Iger has returned as CEO of Disney effective immediately, after Disney fired Bob Chapek! I hope David Zaslav is fired too for his dumbest and idiotic decisions he made! We want our favorite shows to return!”

@mccraecook states, “I’m so happy to hear these news now,since Bob Iger will return to having Disney to making great content and start making good choices again. Looks like Chapek has been kicked out the door,let’s hope David Zaslav would be fired and replaced by another CEO of WB Discovery next.”

Will Warner Bros Discovery make the decision to remove David Zaslav from his President and CEO position like Disney gave the boot to Chapek? Only time will tell.

As always, we will continue to keep Disney Dining readers updated as we learn more about the developing stories.