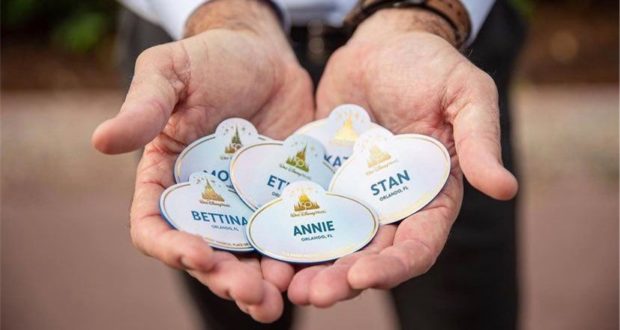 It’s an exciting time to be at Walt Disney World! Disney has recently kicked off their big 50th Anniversary celebration called “The World’s Most Magical Celebration”, honoring 50 years of magic. As Disney pulls themselves out of the COVID pandemic phased reopenings and invites Guests to join them in the Parks for the 50th experience, the need for more Cast Members is of the utmost importance. Disney Parks Blog recently shared the news that “Walt Disney World Resort is proud to have returned more than 50,000 Cast Members to work. Now, more than 65,000 are working across the Resort, and we are hiring hundreds more each week as we continue to open more resorts and Guest locations.” The massive hiring and re-hiring is the reason Disney Park entertainment is making a comeback with new announcements like the soon-to-be returning Candlelight Processional at EPCOT, Indiana Jones Stunt Spectacular at Disney’s Hollywood Studios, and even the October 1 return of favorites like “Let the Magic Begin” at Magic Kingdom Park. Now, Disney Cast Members have even more to celebrate, as they receive a minimum wage increase!

RELATED: Could Trams Be Coming Back? Disney Is Hiring!

As reported by OrlandoSentinel: “Disney and its unions agreed in 2014 to increase the minimum salary from $8.03 to $10 an hour by 2016. In 2017, the Service Trades Council Union — Disney’s largest — engaged in negotiations for another increase, and in September 2018 union workers approved the most recent contract that raised the minimum to $11 that December and outlined the path to $15.” Now, reports show that the Service Trades Council Union, a coalition of local unions representing Disney workers, struck a deal with the company to gradually increase wages to $15 an hour by October 1, 2021.

RELATED: Get Paid To Drive The Boat Around Disney’s Sassagoula River!

Currently, both Walt Disney World employees, as well as Universal employees, are now receiving increasing wages of $15 an hour. OrlandoSentinel reports that with this increase “Florida’s minimum wage rising to the same level by 2026 — many workers are experiencing new economic mobility, potentially signaling a positive shift in Central Florida’s low-wage, tourism-dependent economy.”

RELATED: Have a Knack for Holiday Decorating? Disney Is Hiring Decorators!

As crowds continue to return to the Orlando Theme Park, Disney plans to continue to hire Cast Members at this higher wage through the end of the year at a rate of hundreds of new employees weekly.