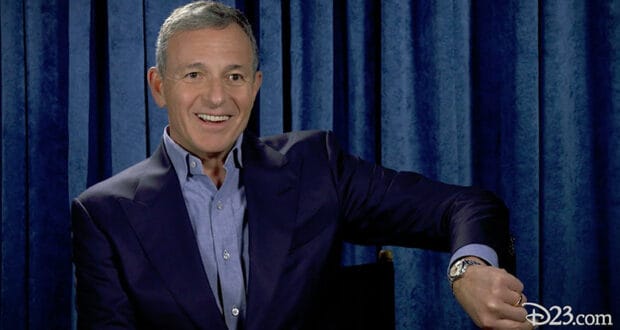 VIDEO Interview: What’s Next for Bob Iger After 47 Years with Disney

Disney’s former CEO Bob Iger has been making Disney news recently as fans prepare for him to officially step away into retirement from the Walt Disney Company at the end of 2021. With just days until retirement, Iger sat down for an interview in which he discussed what’s next.

Bob Iger passed the Chief Executive Officer reins on to Bob Chapek in February 2020, just before COVID-19 hit the business. Unfortunately, Chapek’s reputation hasn’t been one that has ever matched up to Iger’s, with Disney fans recently hoping Iger makes a return to the Walt Disney Company.

In Iger’s most recent interview with CNBC however, the former Disney CEO has plans to enjoy the opportunity to expand on a blank canvas with no mention of the Walt Disney Company in his near future.

Iger notes during the interview that the world is changing rapidly and those changes are being addressed by Bob Chapek. Iger notes he may have addressed them differently than Chapek, but that’s neither good nor bad.

RELATED: Bob Iger leaves his role as Chairman of the Board at Disney to return to his roots as a weatherman

Iger states, “when this dream finally ends…” and goes into the taxing work he has accomplished over the years from a time perspective. He knows it’s time for having a blank canvas and to be forced to be more imaginative with his time.

His hobbies? Well, Iger doesn’t golf but he does enjoy sailing. His wife has a full-time job and his children are out of the house, so he’ll be finding something to keep himself occupied.

RELATED: Bob Iger and Wife Willow Bay to be honored, receive awards at the YES Gala

The former CEO did note that he enjoys selective investing and the possibility of being an advisor to startups mentioning, “I’ve got some advice to give in that regard.”

The business giant has already been sought after by some but Iger states he is trying to make decisions slowly. He is writing another book, planning on doing some speaking, and not in any rush to see where life takes him.

RELATED: Disney’s Bob Iger Is “Excited About Life After Disney”, as He Prepares for December

Iger noted that even former President Obama said to not make any decision on his near career move for at least 6 months.

CNBC took to Twitter to share the interview with, “What’s next for Bob Iger after more than 47 years at Disney? “It’s time for me to have a blank canvas,” he tells @davidfaber.” Check out the two-minute video in the tweet below:

Where do you believe Bob Iger will end up next? Let us know in the comments!