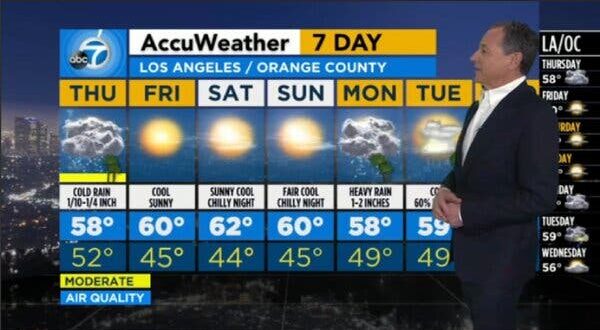 There’s been a lot of buzz about Disney chairman Bob Iger lately. 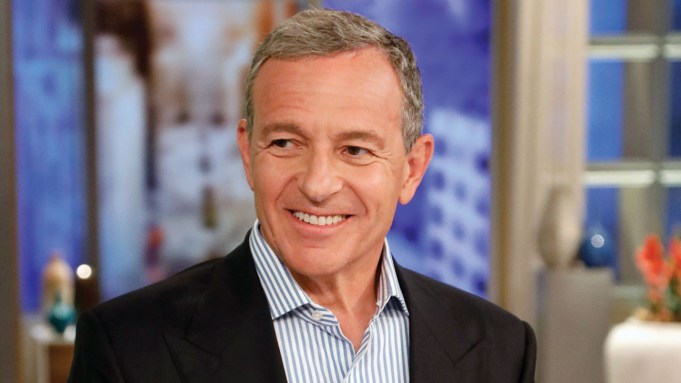 The 47-year veteran of ABC and The Walt Disney Company will finally, officially relinquish his last role at Disney as Chairman of the Board at the end of December. The incumbent chairperson, Susan Arnold, a Procter & Gamble-ite, will assume the role immediately after Iger steps down.

News of Iger’s post-Mickey plans has also made the headlines. Some of it has been speculatory, while other news has been about plans Iger has by his own admission, including ever truly retiring or becoming a couch potato.

Today, however, the news is about the news. Well, the weather, anyway.

This morning, Iger visited the KABC Studios in Los Angeles, where he presented today’s weather as well as the forecast for weather in Los Angeles, which includes cool and mild temperatures, along with some rain and possible heavy rain early next week. 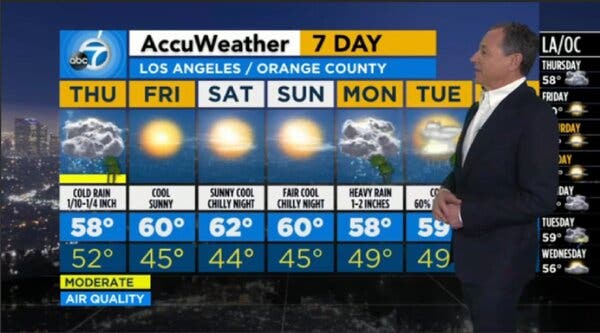 The usually meticulously polished Iger fumbled just a bit on his words as he gave the weather report:

“There is light rain falling across the Southland this morning, expected to get just a little bit heavier as the jay — day — progresses,” Mr. Iger said during the newscast. “However, this is just a prelude to a big storm.”

RELATED: “It really has been the ‘Ride of a Lifetime'”: Disney’s Bob Iger pens a farewell letter ahead of his December departure

The 70-year-old Iger was only 23 years old the last time he was forecasting the weather. Iger was an unannounced stand-in for the studios’ usual meteorologist, Leslie Lopez, and the appearance must have been somewhat nostalgic for Iger. He got his start with ABC in 1974. His job? Telling people what they guessed the weather might do that day.

During the newscast, Iger–who’s usually calm, cool, and collected–appeared somewhat rigid and stiff at first, but then he seemed to relax and even make some quips about the weather.

“Very nippy on Saturday morning by the way — 62 degrees in the Los Angeles area,” he said. “The beaches, near where I live? Ooh, 46 degrees on Saturday morning. That’s when I bike ride. I think I’m going to have to watch out for some early-morning frost!”

Maybe he just needed to warm up to one of his former roles again. No pun intended.