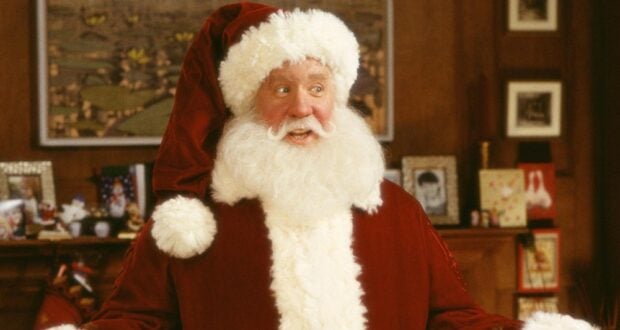 Tim Allen to Reprise His Role as Santa for Disney+!

The holidays may be over and done with, but we’re feeling all sorts of jolly with the newest announcement coming in from Disney! That’s right, Tim Allen is making a comeback to reprise his role as the man in the red suit we all know and love… SANTA!

RELATED: Tim Allen’s Family ‘Mad’ at Him During Visit to Disney Park

Disney+ has announced the big news that Disney Legend, Tim Allen, will once again become everyone’s favorite Santa Claus with a new The Santa Clause limited series. The highly-anticipated series will be executive produced by Tim Allen and is set to begin production in Los Angeles this March. Along with Allen, the award-winning Jack Burditt will be an executive producer and showrunner, and Kevin Hench, Richard Baker, and Rick Messina will also serve as executive producers.

Interestingly enough, we have learned the news of Tim Allen reprising his role as Santa Claus has made a Disney social media account be tagged as reporting “False Information” due to an incorrect “conservative rant”.

D23 has said The Santa Clause series will be set after the trilogy of The Santa Clause films. “In the Disney+ series, Scott Calvin is on the brink of his 65th birthday and realizing that he can’t be Santa forever. He’s starting to lose a step in his Santa duties, and more importantly, he’s got a family who could benefit from a life in the normal world, especially his two kids who have grown up at the Pole. With a lot of elves, children, and family to please, Scott sets out to find a suitable replacement Santa while preparing his family for a new adventure in a life south of the pole.”

Will The Santa Clause series be a chance for Allen to continue to go “to infinity, and beyond” among Disney fans? We believe so, and are looking forward to sharing more about the new Disney+ The Santa Clause limited series as it breaks.