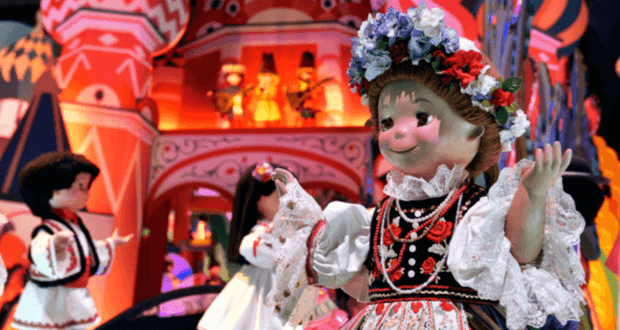 There are so many fan theories surrounding Disney’s Parks and movies, some believable and some…not so much. In honor of Spooky Season, we’ve been bringing you our favorites. Most of them surround the Haunted Mansion,  but this one is a little different. Today we’re heading over to “it’s a small world” for a theory that falls into the “not so believable” category, but we love it (and hate it) all the same! This is one head cannon that probably won’t leave you with the warm and fuzzies ( but hey, maybe it will…we don’tjudge).

The theory unites the world of Pinocchio with “it’s a small world,” which isn’t a huge stretch given the whole puppets and dolls aspect, but it takes a weird turn. After Pinocchio became a real boy, he grew up. Eventually, as all real boys do, he became an adult and left Geppetto. This caused the old clockmaker to fall into a bottomless pit of loneliness and despair. He kept searching for a way to fill the empty hole in his heart but could find nothing to replace the love he had for his boy. 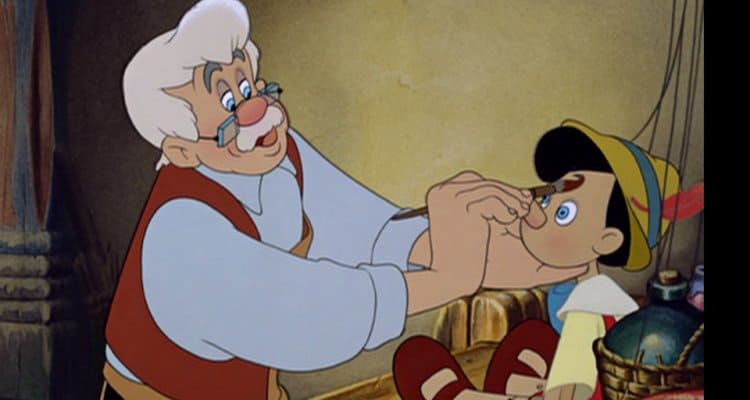 One night when he was fast asleep, Geppetto had a dream that he should make another wooden companion, but when he woke up, something had taken hold of him. He began making dolls and couldn’t stop. He became crazed with the idea of filling the world with dolls. The more he made, the more disturbing the dolls became. Eventually, he wasn’t even making human dolls anymore. Any creature that popped into his head, he would create. Once whatever had possessed him to create the dolls in the first place released him, he came back to his senses. Horrified at the sheer number of abominable creations he had made, he knew he had to get rid of them, but Pinocchio and his journey to become a real boy had touched the old wood carver’s heart too deeply for him to destroy the creations. He shut them away forever in a room in a faraway kingdom, thinking they would never be heard from again. 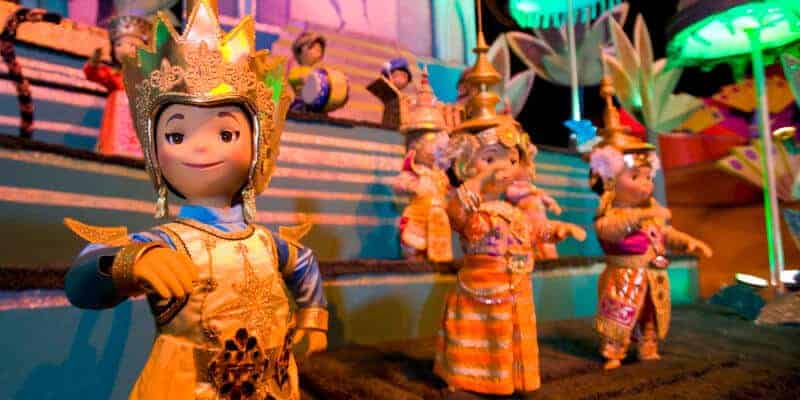 However, eventually, a man named Walt stumbled upon the creations, and he was captivated by them. The dolls, in his mind, were magnificent.  They shouldn’t be locked away. They should be seen by everyone! He opened the doors to the dolls resting place and let in the light, and that was when something amazing happened! The same magic that allowed Pinocchio to become a real boy had affected these creations. They began to sing and dance, and, like Pinocchio, before he became a real boy, they were not fully alive but not inanimate either. The dolls reminded Walt of what a small world it truly was and called the new attraction “it’s a small world.” He never found out who the dolls’ creator was, but he knew they must have been extraordinary indeed to have filled them with such magnificent abilities.

As we said, some fan theories are believable….some aren’t. This one borders on absurd, but if you can activate your suspension of disbelief enough to entertain it…you have to admit, it’s a pretty fun theory. Especially since the dolls require regular haircuts because their hair keeps growing (no, really…check it out yourself)!

2022-10-13
Jill Bivins
Previous: Reached a Disney “Breaking Point?” Ways to Combat the Notion
Next: Another Toothsome Chocolate Emporium Set to Open Next Year!