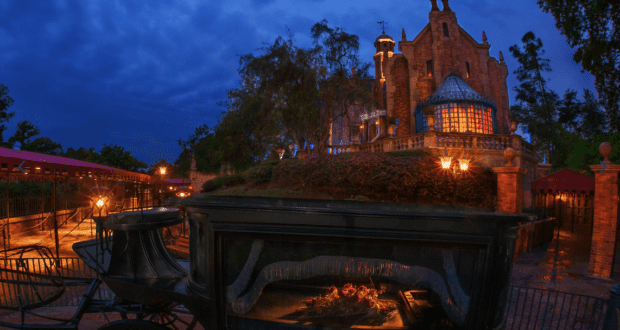 It’s me, your spooky neighborhood Haunted Mansion lover, and I’m back with another fan theory. This one seems to have been confirmed by Disney. In fact, this theory is so ubiquitous I almost forgot it was just a theory…until now. You’ll notice in my last theory that I casually mentioned it as though it were fact. That’s how far this theory has integrated itself into the minds of Haunted Mansion fans. 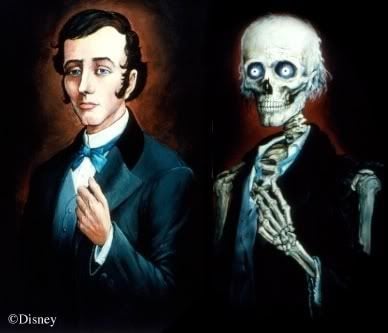 The mansion’s official backstory says that the haunted home is owned by a Master Gracey. However, Master Gracey doesn’t make an appearance in the mansion at all, or does he? At the beginning of the ride, you’re greeted by a host, a “ghost host.” This host, it seems, began his ghostly career before his time by hanging himself from the rafters. It is never explicitly stated that the Ghost Host and Master Gracey are the same people. We’ve always just assumed it is.

The title of Master instead of Mister implies that Gracey died young. Instead of the title being tied to marriage like the female versions of Miss and Missus, a young man is known as Master until age 18, after which he is addressed as Mister. The ghost host hung himself from the rafters, which means he didn’t die of old age. It’s a stretch (get it?), but it’s plausible.

So how’d someone under 18 come to own a mansion anyway? No one knows for sure. My personal theory is that Master Gracey’s parents died when he was a teenager leaving the home to him (this is Disney, after all. Dead parents are kind of their thing). Despite the evidence in the wording and the ride itself, the theory has remained in the realm of rumor. However, with the newest line of Haunted Mansion merch, Disney may have finally laid the rumors to rest. The new line includes several (amazing) Haunted Mansion-themed ornaments, but one of them stands out: the Master Gracey Sketchbook ornament. This is the first time we’ve ever actually seen his face, and it looks just like the Ghost Host’s. Before you arrive in the stretching room, you walk through a den where the Ghost Host’s portrait hangs over a fireplace. This is the same face used for the Master Gracey ornament. So is the mystery solved? Is the Ghost Host and Master Gracey the same person?

Do you love Haunted Mansion theories as much as I do? Stay tuned right here all spooky season long for more of my favorites!