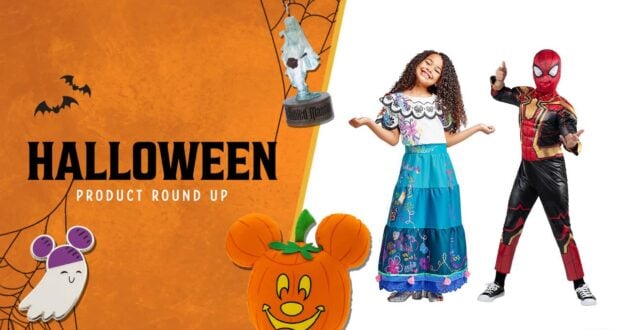 In just a couple of months, we will celebrate the spookiest time of the year, and no one celebrates Halloween better than Disney! Mickey’s Not-So-Scary Halloween Party begins on August 12 at Walt Disney World Resort, and decorations are already making their way into the Parks. Oogie Boogie Bash — held at Disney California Adventure Park in Disneyland Resort — begins in September and Halloween at Disneyland Resort will start on September 2. There is a lot of Halloween excitement to look forward to, and now Disney is sharing a look at some of the great new Halloween merchandise that has come and will come to the theme parks.

One of Disney’s most iconic attractions is without a doubt The Haunted Mansion. The classic ride takes Guests through a manor, that is inhabited by 999 happy haunts, and Disney is honoring the attraction with some great new merchandise. 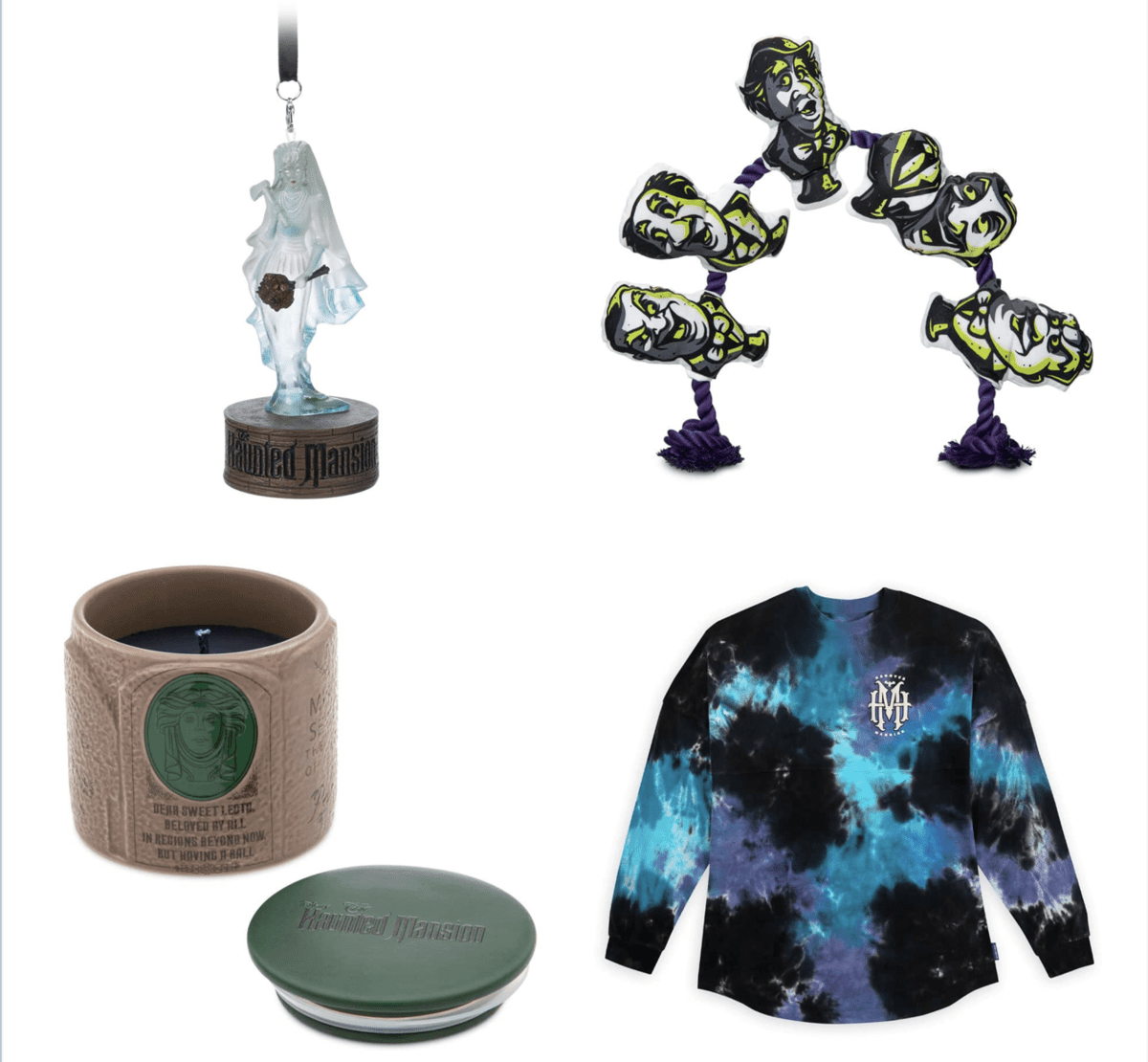 If you want to reminisce about your time in the Haunted Mansion, then Disney has the candle for you! The scent is called “Happy Haunts” and the outside features some of the ride’s best headstones. There is also a great tie-die Spirit Jersey, a chew toy for your pup (who we know would also love the ride), and a new ornament featuring the deadly bride, Constance Hatchaway. Disneyland Guests may also be able to find a new Hatbox Ghost ornament, where both the head and the head in the hatbox light up.

Perfect for tricks and treats, this next collection features many of our favorites in their Halloween best. The Donald Duck Halloween 2022 Pin Set is a must-have for any Mickey & Friends Fanatic, and pin collector. For even more spooky flair, the Mickey Mouse Jack-o’-Lantern and Ghost Halloween Throw Pillows will fit in in any haunted home. Looking to stylize for Oogie Boogie Bashat Disney California Adventure or Mickey’s Not-So-Scary Halloween Party at Walt Disney World Resort? Slip on this Mickey Mouse Jack-o’-Lantern Light-Up Necklace and glow into the evening. When it’s time to come back home, Mickey & Friends will keep you warm from all the chills with this adorable Mickey Mouse and Friends Halloween Throw Blanket. 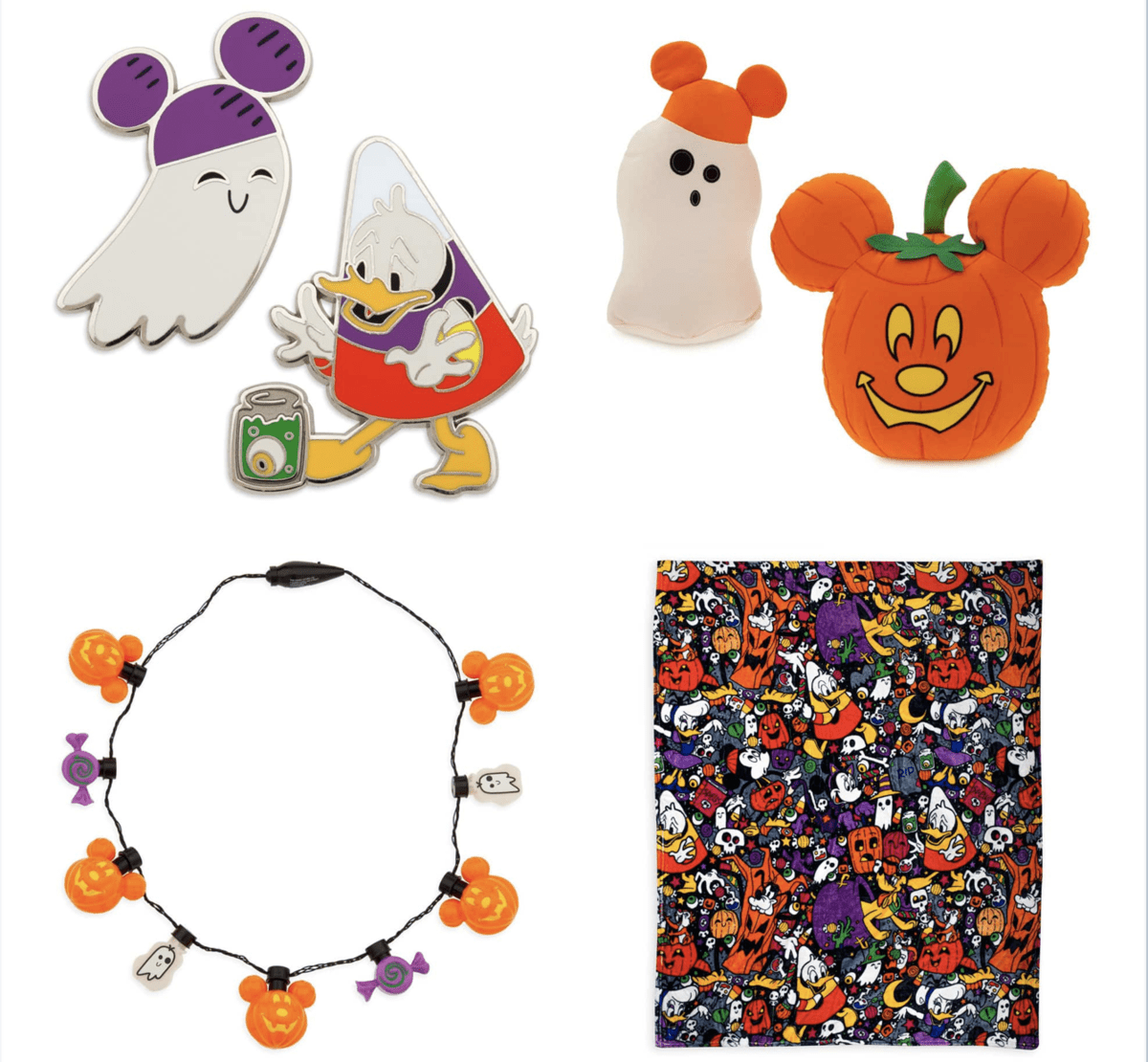 For the Disney Frightfully Fringe Fanatic

Skeletons, graveyards, and ghosts, oh my! This creepy collection celebrates the Disney Halloween themes of old, with a bucket hat featuring the classic bones from The Skeleton Dance. There is also a set of four Halloween glasses and a skeleton incense holder. For those who like newer skeleton themes, there is also a Jack Skellington NuiMo, which features Jack in an acid-washed skeleton t-shirt, a green fur coat, and an orange beanie hat. 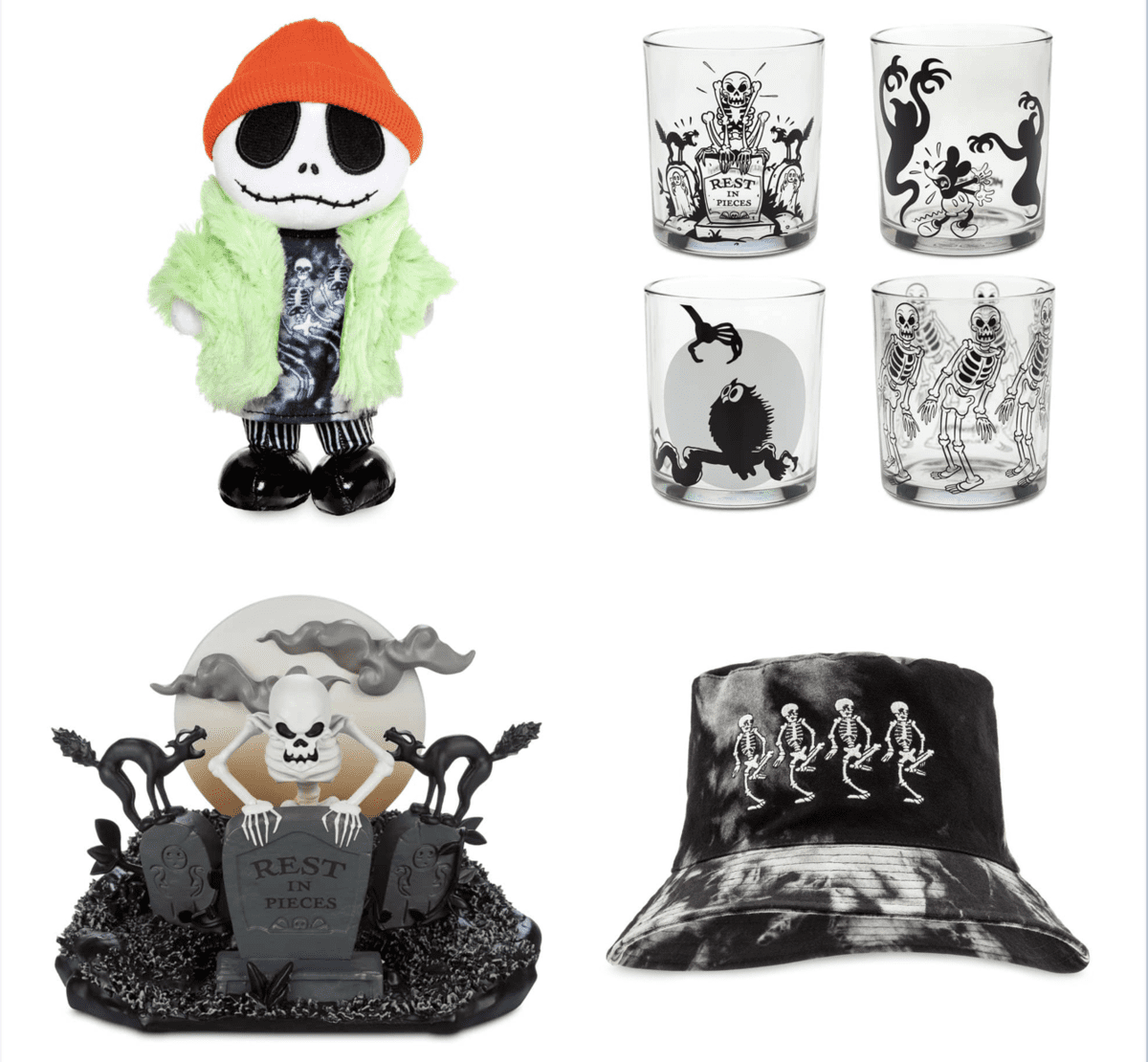 Who doesn’t love to dress up as their favorite Disney character for Halloween? Disney has a ton of fun new costumes that cover everything from fun live-action films to your favorite animated features. For the Indiana Jones fan in your family, Disney offers Indy’s favorite leather coat. Younger fans will also love to be able to dress up as everyone’s favorite Madrigal, Mirabel, from the hit movie Encanto. As in years past, Disney also has a gorgeous Elsa dress from Frozen 2. 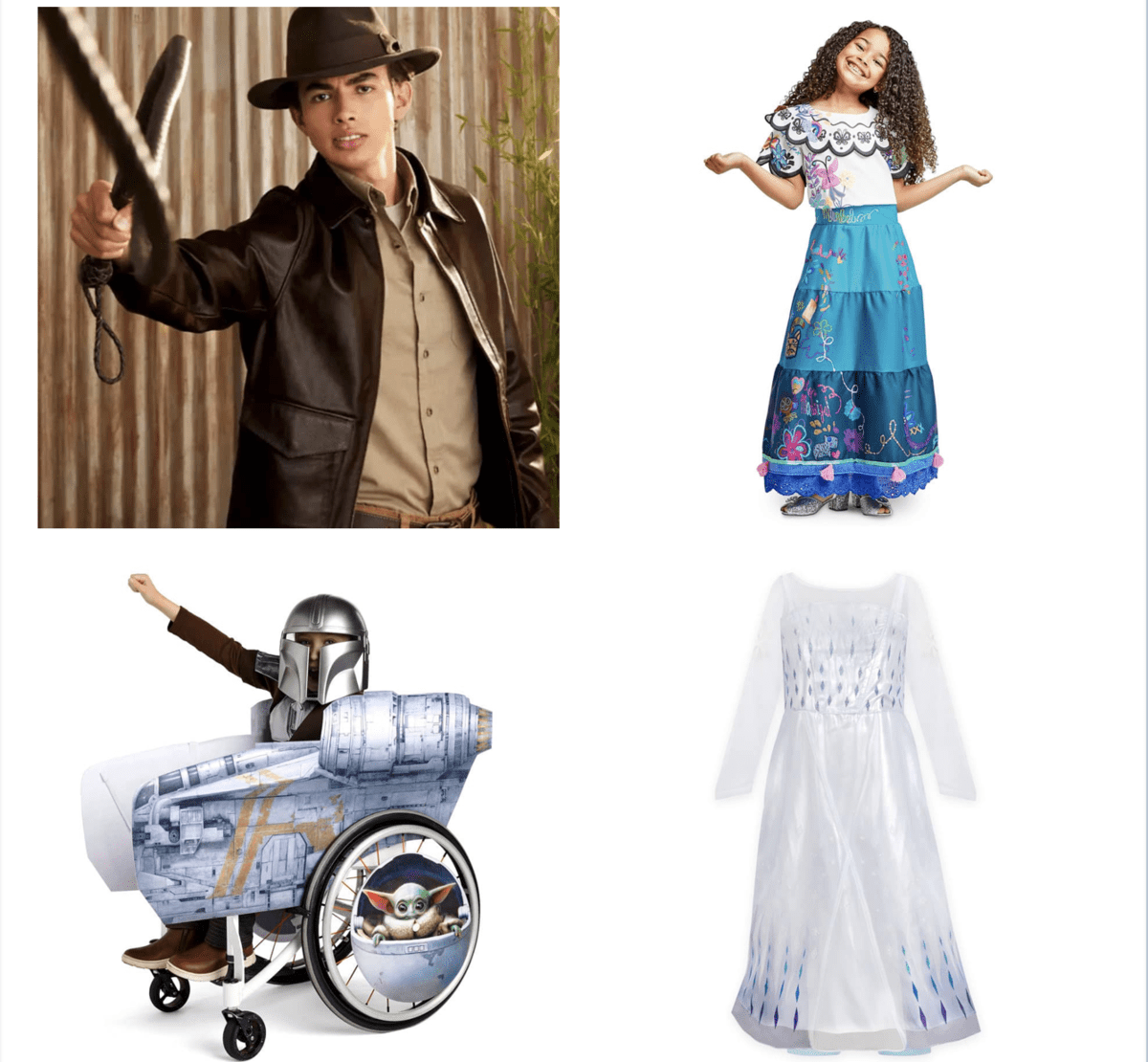 One of Disney’s most successful new shows on Disney+ is WandaVision, and older fans can dress up in Wanda’s fantastic outfit that was most recently featured in Doctor Strange in the Multiverse of Madness. Disney also wants fans of all abilities to be able to dress up as their favorite character, and is now selling a costume and wheelchair cover from The Mandalorian. Your pup can also get in on the action by dressing up as an adorable Ewok! 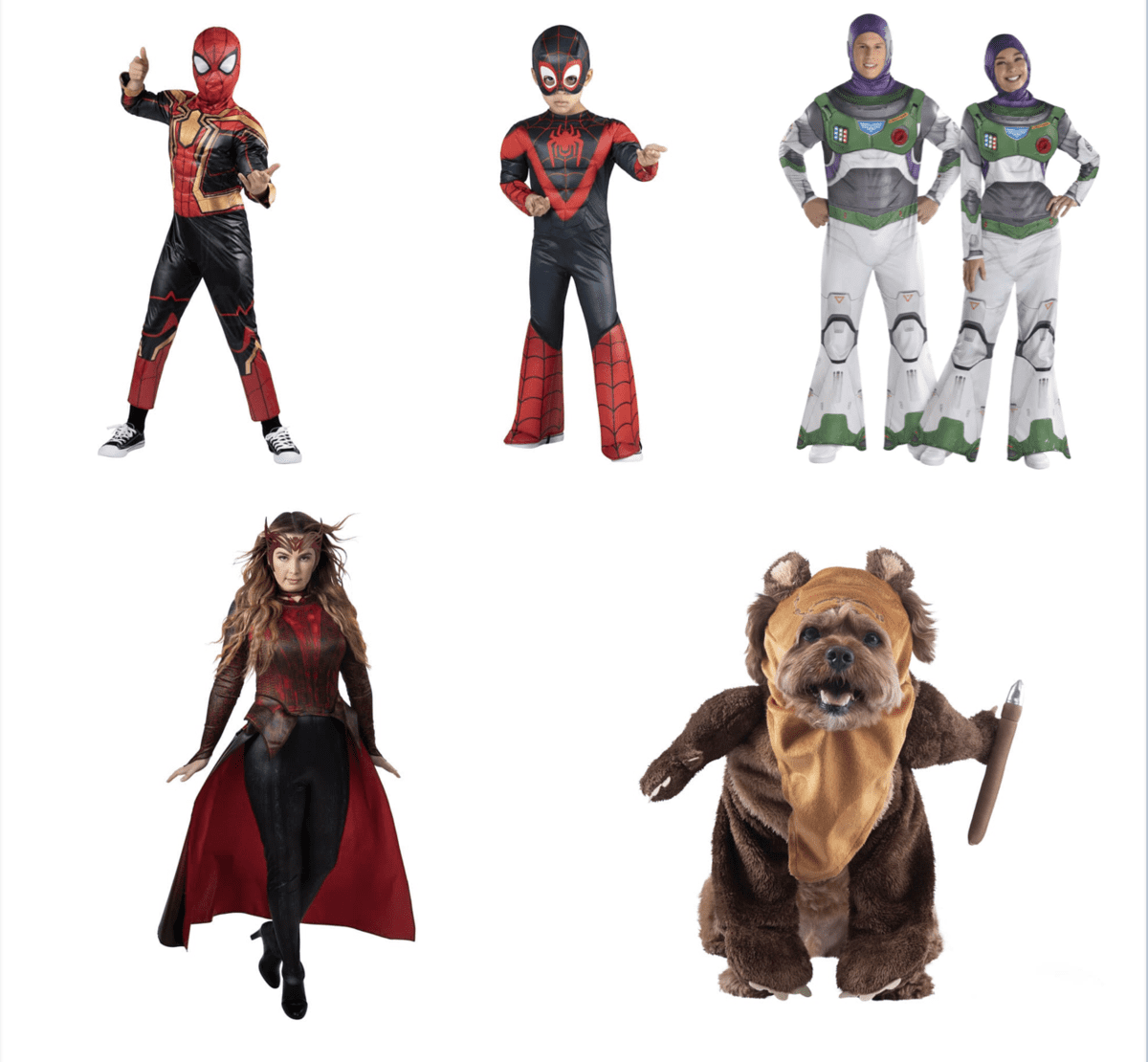 It’s never too early to start preparing for Halloween, and Disney wants you to have a lot of choices, no matter which part of the spooky season is your favorite! So you can head to the Parks or to shopDisney.com and get your Halloween shopping started.

2022-08-09
Krysten Swensen
Previous: “Don’t Worry, Be Happy”- How to De-Stress Disney Planning
Next: Beauty and the Beast -Live On Stage Returns to Pre-Pandemic Version