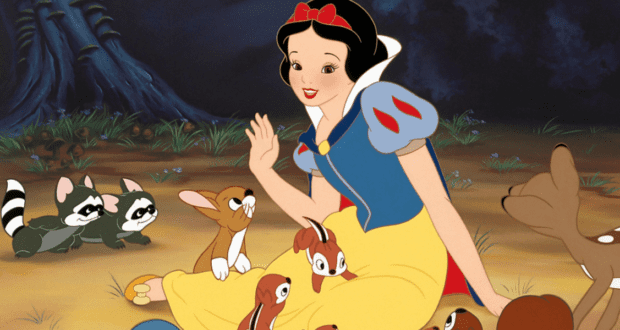 Despite what Bob Chapek says, Disney’s animated movies are for everyone.  It’s not only that way now, but it has been that way since the very beginning. Walt Disney’s very first animated feature, Snow White, was meant to appeal to every audience and the backstory behind one of the film’s iconic songs proves it. 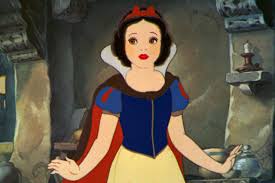 Snow White was released in 1937, during the height of the Great Depression. Escapism was all the rage (for those who could scrape the pennies together to afford it). Entertainment of the era was aimed at providing positive uplifting messages and this fil was no different. The song  ”With a Smile and a Song” was in many ways a product of its time, with an aim to boost public morale and provide inspiration to endure hardships with a positive attitude. 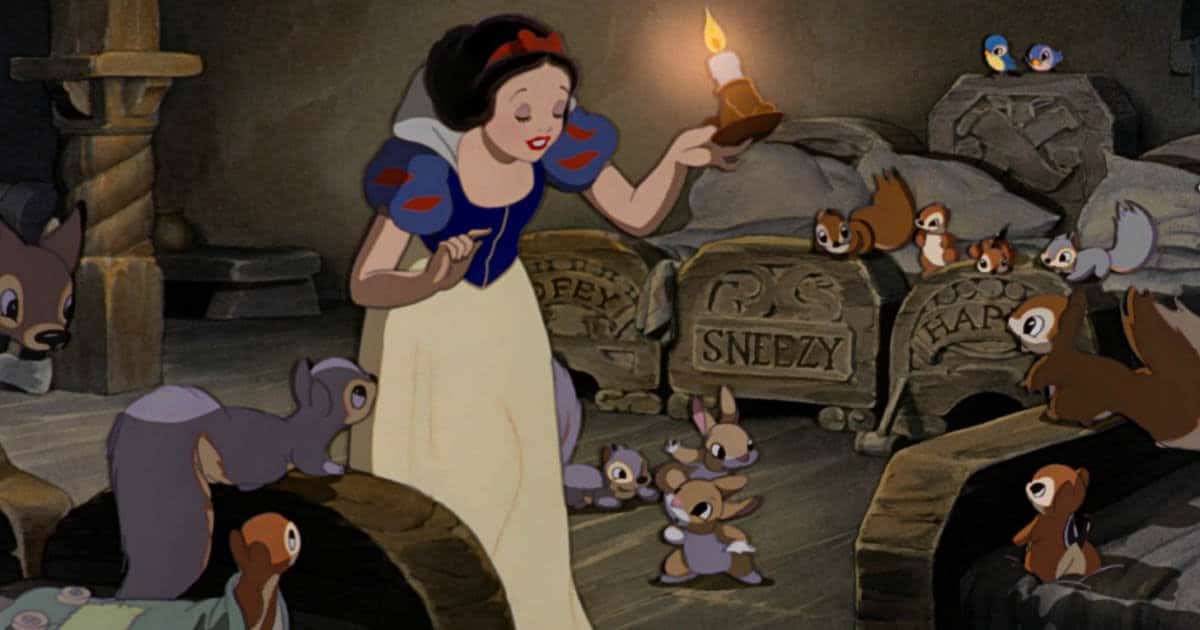 Rather than tragic, this song’s backstory actually makes the film so much better in our opinion.  The intent behind the song provides a glimpse into history and serves as a timeless reminder that “a smile and a song” can help endure the very worst of times. Let’s face it, we aren’t exactly living in the easiest of times ourselves and it’s all too tempting to slide into an endless pit of doom and gloom. This song and the film as a whole with its message of standing firm in the face of adversity remind us to carry on with a smile.

Just as our great-grandparents did in the 1930’s so too can we look for the positives.

“There’s no use in grumbling

When the raindrops come tumbling

Remember, you’re the one

Who can fill the world with sunshine

When you smile and you sing

Everything is in tune and it’s spring

And life flows along

With a smile and a song”